The Art of Unraveling 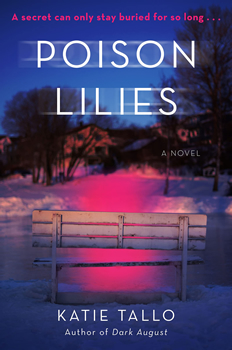 “I think my brain is a little criss-crossed in spots,” she says. “Maybe that’s why I like writing. It unravels things.”

POISON LILIES is Tallo’s latest unravelling opportunity, the second book in her acclaimed Gus Monet series, which launched with last year’s Dark August. After solving her mother’s murder, Gus is keen to carve out a fresh start for herself. She seeks refuge in a quaint art-deco apartment in an older neighbourhood in Ottawa—and quickly becomes fast friends with her elderly neighbour, Poppy Honeywell.

Poppy is more than just a slightly eccentric pink kimono-wearing neighbor—she’s related to one of the town’s founding families. And when a body is found in a nearby park, that connection puts her in possible danger—the kind of danger Gus will go out of her way to protect her new friend from. Turns out, Poppy’s family is hiding something, and they’re willing to do anything to keep their secrets buried.

In this interview with The Big Thrill, Tallo talks more about what inspired POISON LILIES, why her stories are often set in the places she lives, and what actress she’d love to see play her protagonist should the series be picked up for TV.

In POISON LILIES, we return to protagonist Gus Monet, who we met in Dark August. She’s ready for a fresh start and thinks she’s found the perfect “hiding” place, but of course, things don’t stay settled for long. This is such a fun read. I’d love to hear more about what inspired the story. 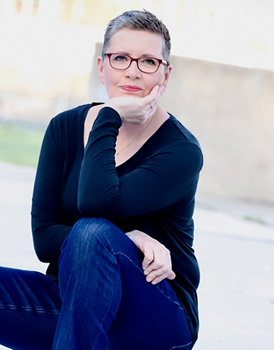 Initially, I didn’t set out to write a series, but once I finished Dark August, I really missed Gus and her dog, Levi. And in a way, Dark August is Gus’s backstory—sort of a glimpse into what makes her tick. I felt like there was more to her story, and I wanted to give her the chance to come into her own as an amateur sleuth. But what inspired the story for POISON LILIES was an image that I couldn’t get out of my head. I read an article about an apartment in Paris, abandoned by the owner in the 1940s. No one had stepped foot in the apartment for 70 years, but it was perfectly preserved under all the dust—paintings, a hairbrush, perfume bottles, furniture, books. This image of a place frozen in time was the inspiration for the elderly neighbour in POISON LILIES. She hasn’t left her apartment in decades, and in a sense, her life was frozen in time when she suffered a trauma. She is the mystery Gus begins to unravel when the two meet and become friends.

As you indicate above, we’re quickly introduced to Poppy Honeywell, Gus’s reclusive neighbor who also happens to be a descendant of one of the town’s founding families. What can you share about how she developed as a character for you and how you knew she’d be the perfect “friend” for Gus, despite their age difference?

Poppy came to me first in images—a pink kimono, long silver hair, an aging starlet quality. Then I found her voice. It was light, childlike, airy, despite her tragic circumstances. She’s a blind woman who is stuck in the past, literally surrounded by it, and that’s right up Gus’s alley because she’s been there. In the novel, I write that “They become like two vampires, only moving about in the dark. The lights are never on in Poppy’s apartment, and Gus grows to like the dark. Every time she enters the apartment, it’s like stepping back in time to the days before electricity, when firelight and moonlight were all anyone needed. In the dark, Gus is free to observe Poppy. The way her hands flit about when she’s excited. The flush in her cheeks when she relives the past.” They’re kindred spirits because they both speak the love language of the past. It’s what instantly bonds them despite their age difference. In some ways, Poppy is still that young woman she was 70 years ago. 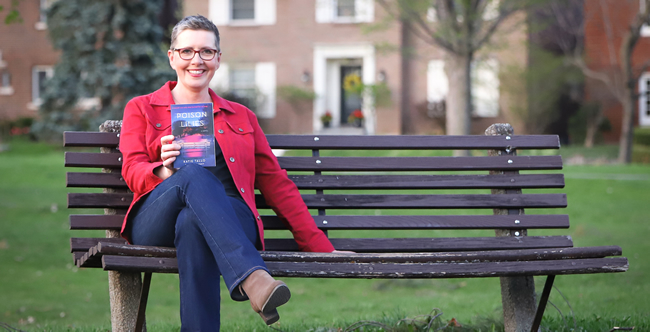 Tallo on a bench with a copy of her latest release, POISON LILIES. Photo credit: Jill Woodley

I’m from Western Canada, and admittedly, have never been to Ottawa, but you do such a great job of creating Gus’s little neighborhood—it’s definitely on my list of places to go! I know you live in Ottawa, but was that the only factor in setting POISON LILIES there? What aspects of Ottawa did you want to make sure were conveyed?

I love Ottawa, and I’ve lived in several neighbourhoods over the decades, many of which are featured in my novels. I love to write about where I live because for me, a place is more than a postal code, it’s an atmosphere and an energy. It’s how the sun filters through old trees, how sidewalks become cracked with time, how the air smells or how snow drifts can transform the shape of a park. It’s all the nuances, and the intangibles, and the way a place looks and feels that makes it come to life. I want readers to see it in their mind’s eye so much so that they are transported there (and like you, they want to visit). I often incorporate real places into my fictional world (with tweaks to suit the mystery) because I’ve walked them, and I know them. This helps bring color, life, and texture to the scenes and settings in the novel, and Ottawa is rich with history and nature and beauty and old buildings. 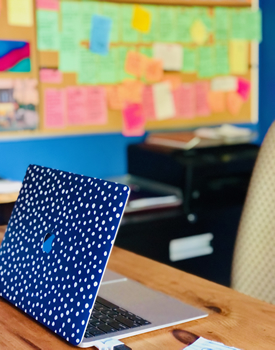 Tallo’s office and color coded corkboard in the background

The pacing is extraordinary. The Big Thrill is as much for aspiring writers as it is for readers. What advice would you give on how to create a truly page-turning read?

For me, the story and the characters determine how quickly or slowly a scene or bit of action or dialogue unfolds. Sometimes you need to put on the brakes, pause, reflect, and let the reader catch their breath before ramping up the intensity again. I think it’s that contrast that makes a plot more powerful and page-turn-y. If you’re full tilt, pedal to the metal throughout, the big moments don’t stand out. I prefer to ride a wave that mirrors the lead character’s headspace. Sometimes she’s hiding from the world, being quiet and biding her time. Other times she’s fearlessly out there kicking ass and chasing the truth. I think you need both to give a story flow and momentum.

In a previous interview with The Big Thrill, you shared that the heart of Dark August is love. What would you say is the core of POISON LILIES? Is there anything you want readers to take away from the book?

Although not a romance novel per se, love is central to POISON LILIES. Readers will have to wander past a few dead bodies and stumble through a creepy basement along the way, but at the heart of POISON LILIES, they’ll find a story about family and love in all its twisted and beautiful forms. There’s romantic love, lost love, vengeful love, and unrequited love. There’s a family torn apart by terrible secrets, and there’s a found family that begins to take shape around Gus and Levi.

Tallo’s husband, Andy, in the Dominion Arboretum in Ottawa, a setting in the novel

POISON LILIES is the second book in your Gus Monet series—though it could be read as a standalone. What can you share about any upcoming adventures for Gus?

I’m working on book three in the series. I hesitate to call it a trilogy or even to tell you much about the plot because I’m in the middle of writing it, and my process isn’t linear. I am a plot-planner so right now I’m sitting beside a bunch of colorful cue cards posted on a corkboard by my desk, but the plot is forever shapeshifting as I write. The story can get turned on its head if an inspiration or a character veers me onto another path. What I can say is that book three is dark and unnerving, told from a new and poignant perspective. It involves the disappearance of someone in Book Two and takes place 12 years later. At least for now.

I read that you’re an avid movie goer. What was the first movie you saw at the theatre post lockdown?

I’ve not been to the theatre much since the lockdown, but we do love our streaming services, and I’m a huge fan of The Handmaid’s Tale. Everything about it is brilliant—the writing, art direction, acting, music, sets, costumes. It’s harrowing and riveting and relevant. I love it. The book is terrific too, as is Atwood’s follow-up, The Testaments. 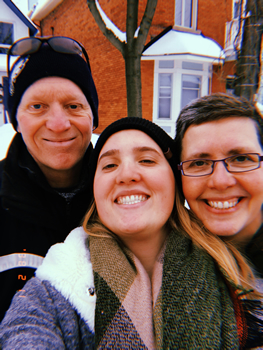 I didn’t realize you’re also an accomplished screenwriter! How have the two formats helped or hindered your craft?

Screenplay writing taught me how to show not tell, how to write dialogue, how to help the reader visualize the story. And that’s what I do now when I write novels. I scout locations while I’m writing, and I see the chapters as scenes in a movie. I even cast the characters in my mind so that I can visualize them better. The structure of a screenplay also translates well to a novel—three acts, a catalyst, turning points, and a climax. So I don’t think learning how to write screenplays hindered my novel writing. It’s all just different ways to tell stories.

Your love of movies and your success as a screenwriter certainly help explain why your prose is so visual—Gus seems primed for a TV series. Just for fun, who would you dream cast in the role of Gus?