The Daunting Challenge of Living up to a Legend 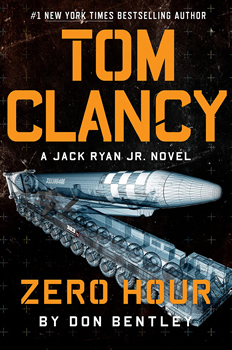 While writing his new novel, TOM CLANCY ZERO HOUR, Don Bentley faced the daunting task of not just penning a gripping international thriller but living up to the legend of one of the bestselling authors of all time.

In the ninth Jack Ryan, Jr. novel—and Bentley’s second contribution to the Tom Clancy series—the son of Clancy’s most iconic character goes to South Korea to meet someone who can offer assistance to the Campus, the off-the-books intelligence agency he works for.  But as a wave of violence hits the capital city of Seoul, Jack has to help prevent a potential war between North and South Korea.  As Bentley explains, “It’s a super fun book because it has all the things you love from a Jack Ryan, Jr. book, the espionage from his point of view, but then you also get to see what a conventional Korean conflict would look like as it unfolds from the perspective of a bunch of North Korean Special Operations forces.”

Even as Bentley loves the chance to play in a world Clancy created, he’s always on the lookout for something that will excite him personally.  “Writing a book is hard,” he admits.  “So there has to be elements of it that you’re like, This is so much fun, I cannot wait for the readers to see this part or Here are some Easter eggs that the die-hard Clancy fans are gonna love when they find them.  ZERO HOUR has a lot of that.” 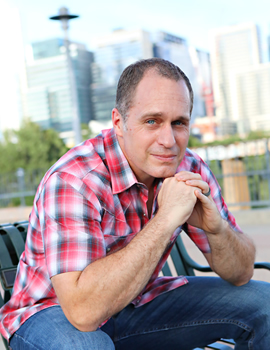 When writing his Matt Drake series, Bentley has free reign. But even when he’s working in the Clancy universe, he always tries to bring a lot of his own experience into the mix—as with the novel’s setting, in the case of ZERO HOUR.

A former Army Apache pilot, Bentley’s first assignment out of flight school in the late 1990s was to Korea. “Back then, it was the closest thing there was to a combat zone, if you will,” he says. “I don’t mean to imply that people are shooting across the border and stuff, but we had a couple incidents where North Korea and South Korea exchanged fire, and so there was one point where we were actually getting ready to throw Hellfires on the Apaches and go do a show-of-force mission.”

Two decades later, Bentley found himself drawing on those formative military experiences for ZERO HOUR.  “I always wanted to be able to do a book there, a book about that,” he says. “I got to go do research at the Boeing factory and fly the Apache simulator again, and I also got to make it an homage to the men I served with back then. I made many of them characters in that part of the book.” 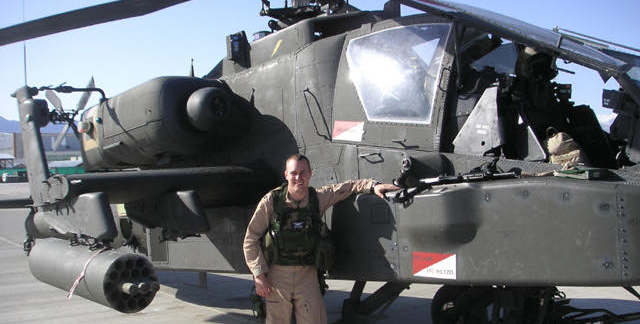 Bentley stands next to his Apache in Afghanistan.

In fact, Bentley has found himself going even deeper into his past while writing the Jack Ryan, Jr. series, sparked by his childhood love for Tom Clancy novels. “Clancy was kind of my gateway drug to this genre,” he says. “And so when I was maybe 13 or 14, I had a friend that lived a couple of houses down the street, and his parents were a little more permissive with books than mine, and so he was smuggling me the Clancy books.”

Bentley’s introduction to Clancy was Red Storm Rising, the classic novel about a future war between Russia and the West. “There’s this awesome scene where once the Russians had begun their invasion, there’s a guy in an F-14 that’s doing strafing runs on this container ship,” he says. “And I just remember reading that, and feeling like I was sitting in that cockpit and I was like, Man, I want to write books that do that to people.” 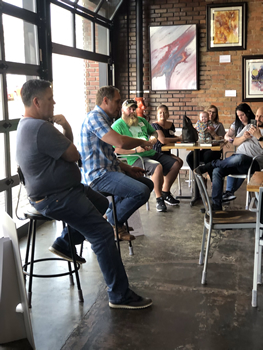 In many ways, that’s exactly what Bentley has done, particularly in this series.  “When I got the opportunity to write Clancy, I actually spent some time reading a bunch of his older novels, to see what he did,” he says. “Literally in my writing notebook, I have a section that says ‘things Clancy did that are cool,’ so that I can try and include some of it.”

All that homework gave Bentley confidence as he started to write his first Jack Ryan Jr. novel, the 2021 release Target Acquired.  “It really was surreal the first time I sat at my computer and typed the words Jack Ryan,” he says, “and knew that I was writing a story about this iconic protagonist that I’ve worshiped since I was a kid.”

Working in the Clancy universe has been a kind of dream job for Bentley, and it’s helped pave the way for another dream: becoming a full-time writer.  “I got to the point where I was writing early in the morning, working my day job, then trying to write at night and be a dad and husband and everything, and it wasn’t working,” he says.

After signing a deal for two new Tom Clancy books last summer, he felt he could finally take the plunge. 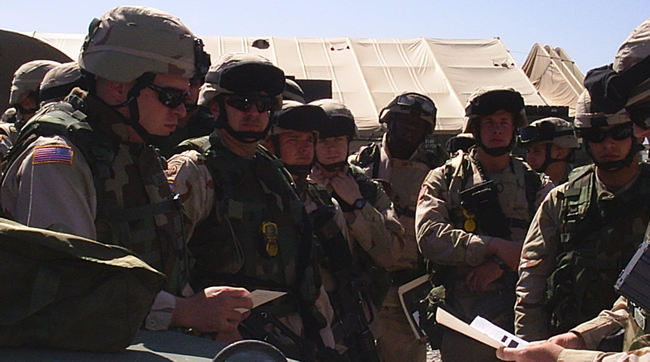 Bentley (left) and other soldiers conduct a convoy briefing in Afghanistan.

Of course, that’s meant he’s had to increase his productivity, but Bentley doesn’t mind.  “When I looked at the writers that I wanna be when I grow up, like Brad Taylor and Mark Greaney, many of them wrote two books a year for a while to give their career a little bit of a rocket fuel boost,” he says. “I’m very, very fortunate to be able to do that, and so right now that means I turn in a book every five months, basically. Either a Matt Drake book or a Clancy book, and I alternate between the two.”

Working at that pace, however, doesn’t mean Bentley will stop challenging himself. Quite the opposite, in fact.

Bentley signs books at Half Priced Books in Dallas.

“ZERO HOUR is the most complicated thing I’ve ever written in my life,” he says. “I had my entire floor covered with index cards and trying to figure out the timing for all of it as it came together.”

As anyone who’s read his recent Matt Drake novel, Hostile Intent, is well aware, “that has a pretty intense climax and ZERO HOUR takes that up another notch. And it was really, really fun to do, but really, really hard, and so I can’t wait for people to see it.”