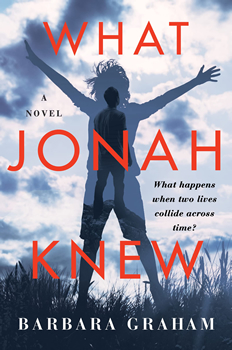 Bestselling author Barbara Graham was a child of the ’60s. In an article for Fab Over Fifty, she tells how, as a young woman, she traveled the country in a Volkswagen van, doing “the hippie thing, to the nth, nth, nth degree.” For a while, she lived in a plywood shack on top of a mountain, then made her way to San Francisco and a theater degree. From there, it was only a short jaunt to running a theater company, becoming a theater critic and playwright, and eventually launching her career as a journalist.

In the 1990s, Graham was assigned an article on past-life regression therapy. “As part of my research,” she says, “I had a session in which I seemed to have a ‘memory’ of a previous life—not a happy one. It was a powerful but unsettling experience, and I didn’t know what to make of it. Soon after, though, I discovered the work of Dr. Ian Stevenson, a psychiatrist at the University of Virginia medical school, who for decades had been researching young children with spontaneous recall of a previous life. The research was extremely credible and blew me away.”

While the experience simmered in her mind, she continued to write. She contributed to numerous anthologies and popular magazines, including National Geographic Traveler, O The Oprah Magazine, and Vogue. She also wrote a critically acclaimed memoir and two national bestsellers. One was an unsentimental tale about grandparenting in the modern age, the other the brilliantly titled self-help satire Women Who Run with the Poodles: Myths and Tips for Honoring Your Mood Swings.

She continued to explore reincarnation and other spiritual teachings as well, and one day, while walking down a New York City street, the idea for her first novel came to her.

Graham had never written a novel before, but there was no doubt in her mind what form the book needed to take. “If we’re lucky,” she says, “each story we want to tell suggests the best way to tell it. From the moment I conceived WHAT JONAH KNEW, I knew it had to be a psychological thriller. That, and the fact that I really enjoy reading crime fiction; I wanted to write a novel that I’d pick up in a bookstore.”

The book is not only a gripping suspense novel, it’s also a poignant exploration of grief and the slow return to embracing life. Graham says “WHAT JONAH KNEW is the story of two mothers and their sons—all strangers at the outset. Henry, Helen’s musician son, has mysteriously disappeared, while Lucie’s four-year-old Jonah shows signs of PTSD, with no known cause. Eventually, the lives of the two families overlap in uncanny, perilous ways, forcing the characters to reconsider their beliefs about pretty much everything, including life and death, because of what Jonah knows.”

Asked if writing the book influenced her ideas about reincarnation and the afterlife, Graham says, “From the time I was quite young, I’ve had the sense that there’s more to existence than the life of the body. That’s a given in the Buddhist teachings I’ve studied, as well as in other mystical traditions, including the Kabbalah in Judaism. The great thing about writing WHAT JONAH KNEW was being able to explore my interest in rebirth and the afterlife more deeply.”

Like most authors, she has a favorite scene: “It’s the point, late in the book, when Helen cradles Jonah in her arms and they both have the sense of time—past, present, and future—collapsing into just that moment. To me, it’s a magical moment that is profoundly healing for both characters, and it came to me rather magically, as well.”

The story is told from multiple points of view. Graham knew from the beginning that she wanted to write primarily from the POVs of Helen and Lucie—both mothers of sons. She explains, “As the mother of a son (and an only child) myself, I’ve experienced motherhood as both the most tender and vulnerable role there is. Someone once said that as soon as you become a mother—or a father—you spend the rest of your life with your heart walking around outside your own body. I was drawn to writing about that. And though Helen’s and Lucie’s circumstances are quite different, both women must grapple with loss. Helen, with the wrenching loss of her son; Lucie, with the belief that Jonah is hers alone. I also loved writing from Jonah’s POV a little later in the book. He’s a winning kid who has some letting go to do of his own before he can move on with his present life.”

Asked what she hopes readers will take from the book, Graham says, “Rosaleen, Helen’s mother-in-law, says, ‘Loss is the price we pay for love.’ As true as that may be, it also seems true that even after death, love remains. I wanted to play with that idea. And perhaps readers may also consider the notion that our lives are more vast and mysterious than the conventional, materialist view of the world implies. If we believe that consciousness doesn’t end with death, then how we live now assumes even greater importance than it already does—for ourselves and our loved ones and the planet itself. I realize that’s pretty ambitious for a thriller and, of course more than anything, I hope readers enjoy the book!”

Graham begins her writing day early, starting around eight a.m., sometimes earlier. “That’s when my energy tends to flow best,” she says. “Maybe it’s the continuation of the dream state. I like to avoid email, social media, etc., until after lunch, and just cruise. It also depends on where I am in a book. First drafts require a lot of long walks, a lot of musing time. And snacks. And, it goes without saying, Wordle.”

For the novel, she worked from a series of outlines but says she never followed them for long. “They gave me a good jumping-off point,” she says, “but then my characters would rebel—and they knew much better than me or my outlines what should come next. To me, that’s the wonder of writing fiction—not knowing what happens next, and then, by some mysterious process you can’t force, suddenly you know.”

Her advice to aspiring and pre-published writers is simple. “Keep going. And going. Don’t think about agents or publishers or the business of publishing. That will come later. And know that your first draft—and likely the next few—will require massive revision. Writing a novel is a lot like being a sculptor, finding the sculpture buried in the stone.”

She also thinks it can be helpful to share your work with a few other writers that you trust. “Support is important,” she says. “So is feedback. But I always urge two things: Don’t share your work until you feel ready. And when you do, listen to what people have to say with an open mind, but just because someone suggests something, don’t follow their advice unless it truly resonates. It’s your story.”

Of course, Graham has another novel in the works. Asked what her readers can expect next, she says, “I’m in the early stages of the next psychological thriller—really, psychospiritual thriller—that also plays around with big existential questions. That seems to be my territory: murder and metaphysics.”