Brazilian Magic and the Battle Between Good and Evil 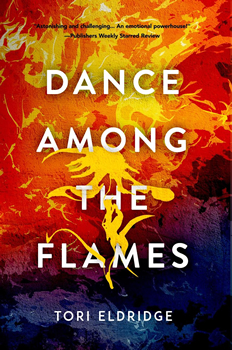 Award-winning author Tori Eldridge’s newest novel, DANCE AMONG THE FLAMES, is like a modern-day fable on steroids, with Brazilian flair.

Serafina Olegario grew up in the Brazilian slums, but she vows that she and her son will escape from poverty. When she was just a teen, the Queen of Wind and Rain—Yansã—possessed her, allowing Serafina to fight for justice through the old slave religion, Umbanda. She also visits her past life as a priest in 1560 France who orders a suspected witch to burn at the stake. As time passes, Serafina craves more power and becomes a master of Quimbanda magic—she’s a medium to the gods—and uses erotic sexuality in her rituals to gain control and cause devastation to those who cross her.

American painter Michael Cross falls in love with Adriana, Serafina’s granddaughter, during an art show in Brazil. But he’s also connected to Serafina in another way: He’s the modern incarnation of the boy who owed his life to the woman sacrificed in 1560. His entire life, he’s considered himself mentally ill because of the visions and voices that have plagued him since he was a boy. But he’s about to learn that his soul has been fighting an epic battle raging through the centuries. Michael has been Serafina’s nemesis for almost 500 years.

As Serafina and Michael’s paths intersect in the present, the forces of good and evil fight for control.

Eldridge astutely addresses the issues of misogyny, prejudice, class, and abuse by immersing readers in Brazilian folklore and magic. Her characters embody the clash between good and evil. Here, Eldridge speaks with The Big Thrill about how the story has been brewing for years, the research required, and how diverse backgrounds and cultures resonate with her. 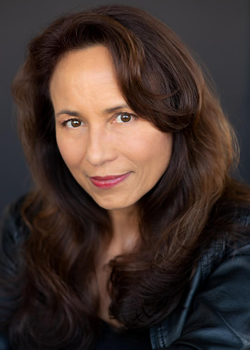 What was your inspiration for the plot in DANCE AMONG THE FLAMES?

The spark ignited decades ago while writing a screenplay set in Brazil. I became enthralled with the culture, people, and religions, especially the syncretic blend of African Yoruba, Indigenous Brazilian traditions, and Catholicism unique to Brazil. Having grown up in Hawai’i, where Christianity pushed ancient forms of Hawaiian worship into near-obscurity, I resonated with the way the African slaves had adapted to preserve their own culture.

How much research of Brazil, Brazilian spirituality, and Quimbanda magic was required for the book?

I’ve been researching this book, on and off, for decades via libraries, research rooms, interviews, and, in recent years, the all-mighty Internet. I visited Rio de Janeiro with my Brazilian friend—for whom I named Serafina’s granddaughter, Adriana—and experienced the “Marvelous City” through local viewpoints and my own. 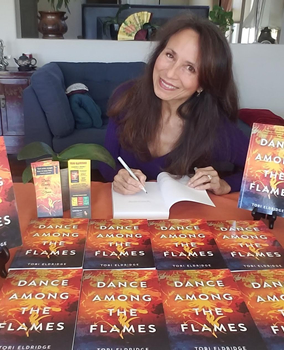 Eldridge signs her first copies of Dance Among the Flames.

I stood beneath the Christ Redeemer’s outstretched arms, choked on the bus exhaust in the streets, and danced with my friend’s family in their apartment when Brazil’s fútbol team won their semi-final match. I also lost days, weeks, and months virtually “walking the streets” of the Tainheiros slums, the Pelourinho, Ipanema, Copacabana, and every other setting in my book via Google Maps. I happily immersed myself in this fabulous country to ground my wild fiction in facts and bring the cultural, religious, and historical aspects of this story to life.

As for the benevolent Umbanda religion—called Candomblé in Bahia—and the darker aspects known as Quimbanda, the prolonged and extensive research process deeply impacted my life. The goddesses Yansã and Yemanjá settled into my spirit and infused me with their strength and compassion. But one might say that Exú of the Crossroads seduced me into writing DANCE AMONG THE FLAMES.

Can you talk more about how Brazilian culture resonated with you because of your multi-cultural heritage?

Being a person of Native Hawaiian, Chinese, and Norwegian descent, born and raised in multicultural Hawai’i, I resonated with the indigenous and multicultural aspects of Brazil. Indigenous Brazilians and Hawaiians both followed polytheistic and animistic religions, believing in multiple deities, including spirits that lived in non-human entities, objects, animals, and nature. Both of our cultures celebrate, worship, and pass down knowledge via oral transmission, songs, and dance.

The ethnic blend of Portuguese, African, and Indigenous Brazilian is very similar to my own mixed-race appearance, which must be why locals assumed I was a fellow Carioca during my visit to Rio. The more immersed I became in researching and writing the book, the more connected I felt to Brazil.

Eldridge in her hometown of Honolulu, fake surfing with an iron dude at Waikiki Beach

Can you give us insight into addressing psychological abuse, racial inequity, and emotional baggage?

I grew up watching the toxic effects that guilt and regret had on family, friends, and myself. Emotional baggage like this can taint people’s perception and experience of life. It can also add depth and motivation for fictional characters and plot.

My interest in psychological abuse stems from similar observation and my efforts to help others through ninja martial arts and women’s empowerment, which I have written about and taught. Many of my former students are survivors of insidious and overt abuse. Many suffered years of domestic violence and psychological entrapment before they could finally escape. I wanted to address these issues in DANCE AMONG THE FLAMES and have also written about them in some of my other novels and short stories.

Racial inequity, bigotry, and colorism emerged from the circumstances of my protagonist’s life. As an Afro-Brazilian, unwed teenage mother rising from abject poverty and hopelessness, I knew these were challenges Serafina Olegario would have to combat. Writing about these issues increases my awareness, empathy, and connection to humanity. 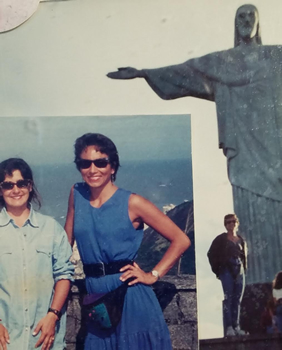 The book is a dark tale with a fluid portrayal of good versus evil, corruption, empowerment, and love that I hope will cause readers to question who they admire, what they believe, and the contradictory emotions they might feel. Rather than hope for a universal reaction, I would prefer that each reader takes away something personal to them—perhaps even something they wouldn’t want to share.

As Serafina’s nemesis, Michael, says to a nosy art critic during his Ipanema art gallery show:

“Art is meant to evoke emotion and thought, to expand our perspective with new ideas and questions we never thought to ask.”

I’m exploring my Native Hawaiian roots with a mystery adventure, inspired by my “Missing on Kaua’i” short story in the 2022 MWA anthology Crime Hits Home. Researching and writing this novel has already enriched my life by connecting me to my kanaka maoli language, wisdom, and traditions. 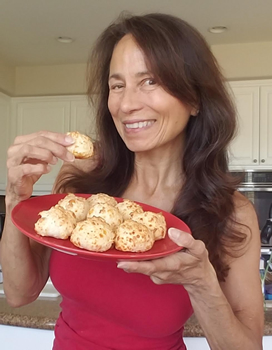 Support each other and find your communities in associations like ITW at the beginning of your writing journey. I wouldn’t have a published novel, let alone four, if not for all the authors, editors, and agents who helped me along the way. It’s never too early to build relationships and promote and support the creative endeavors of others.

Be a good literary citizen: Pay it forward and pay it back!

This story has haunted me for 20 years. No matter what else I wrote or how many times I thought I was done, the characters in DANCE AMONG THE FLAMES would not let me go. Every time I reopened the project, it sucked me into a maelstrom of mysticism, passion, and betrayal. I can’t tell you how relieved I am to finally release Serafina’s dark magic onto people other than me!