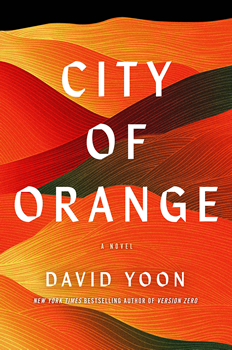 Imagine waking up injured and alone, not knowing your name or what happened to the world—then having to forage for food and water, while trying to survive. That’s the premise of the latest from bestselling author David Yoon, CITY OF ORANGE.

Yoon is a fairly new voice to the adult literary world—he began his writing career penning young adult novels that became award winners and bestsellers known for their humor and fresh take on love. His first adult novel—Version Zero—was published last year to much acclaim.

Yet in many ways, CITY OF ORANGE predates his first published books. In this book, Yoon revisits the story he started writing back when his wife—also a novelist—gave birth to their first child and how that event altered how he saw the world.

In this exclusive interview with The Big Thrill, Yoon talks more about writing for adults, reimagining an apocalyptic world, and what readers can look forward to from him next. (Hint: Adult and YA fans will be pleased.)

Magazine racks are full of prepper magazines packed with ads for guns and gear, as if you can shoot your way out of any apocalypse. Your protagonist searching for food and working hard to heat a can of soup seems far more realistic. What do you think movies and books get wrong and right about what a real apocalypse would look like for the average person? 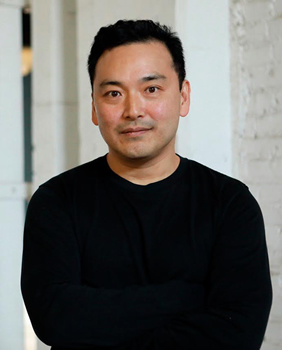 I think apocalypse stories are actually clean-slate fantasies for the most part. The world is so complicated and full of tedious responsibilities, after all. Wouldn’t it be great if we could just throw all that crap away and strip down to the essentials? Wouldn’t it be great if we could walk away from our boring jobs and broken families and answer only to ourselves? A lot of apocalypse stories remind me of camping trips, where we intentionally pare down our resources and equipment in order to heighten our wits and creative problem-solving skills. End of the world stories similarly give characters clear, simple goals. They’re forced to focus on what matters most. I totally get how tantalizing such a dream of pure individual agency can be.

Fantasy aside, a real apocalypse, one in which everything is broken and lost, would simply suck big time. It would be wretched. Your equipment would break or get stolen. Your feet would hurt. You’d kill for toothpaste. I’m more interested in that kind of apocalypse, the one where all the little details matter. That’s the stuff I miss when I’m away from civilization. It’s fun to miss them for a short while, and then so sweet when I’m reunited once again with, say, my awesome coffee maker.

A realistic apocalypse would be a complicated mix of misery, elation, guilt, melancholy, and yes, humor. Maybe that last one’s just me, but I think tragedy and comedy are mischievous best buddies. 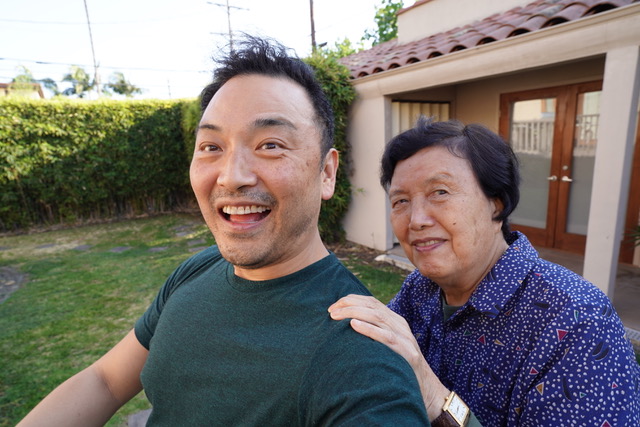 How did the idea for CITY OF ORANGE come to you, and in what ways did the story change as you started developing it?

When my wife gave birth to my daughter, everything changed. Not only were we facing a huge new responsibility, we also suddenly became keenly aware of what really mattered in life. Not our job titles, clever Facebook posts, or drinks with co-workers, but family and friends. I wanted to strip the world down to just those very important things and settled on a story about a man in a wasteland searching for his missing wife and child.

I think I also gravitated toward an apocalyptic story because at the time, we were sleep-deprived and basically quarantined since we were tied to the baby’s feeding schedule. Our world had drastically shrunk down to a single small house. Our only activity was eerily quiet afternoon walks around the same block over and over again. Some days it was easy to wonder if all of humanity had up and left us.

The funny thing is, CITY OF ORANGE started out as a super quiet, super earnest navel-gazing epic. After getting feedback and developing my voice as an author with my first three books, I slapped my forehead and asked myself: Why so serious? That’s when I injected it with lots more action and—crucially—humor. I think most things in life have a funny side. I think especially in the face of disaster, they have to, because otherwise you’ll go bonkers. CITY OF ORANGE became much more fun to read and made stronger emotional sense, too. No one can be earnest for that long.

What inspired you to write thrillers after having success in other genres? 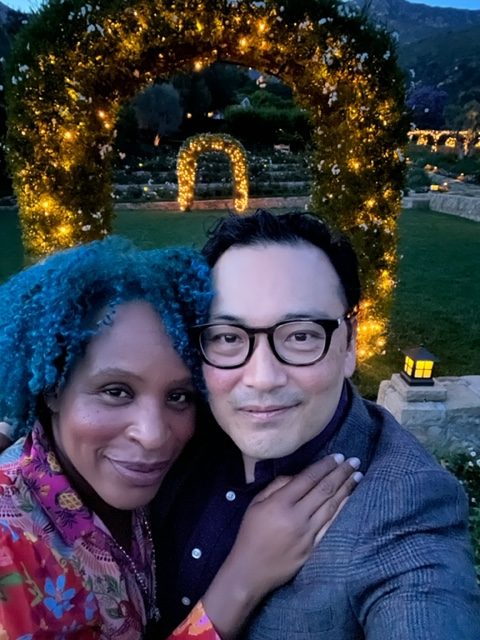 Yoon with his wife Nicola Yoon, fellow author and co-founder of the Joy Revolution publishing imprint.

When I was in writing school, I was that guy who wrote “plotty” or “pacey” stuff while most everyone else wrote introspective PEN fellowship thought pieces. I’m not sure why, but I really need stories to have a strong plot; I need things to happen. Bodies need to move and run and strive. Bodies are a vehicle of emotion just as much as minds are. Also thrillers are just pure fun to read!

Honestly, I think all the favorite books I’ve read are thrillers in that they kept me turning pages out of a burning basic desire to find out what happens next. The Road is a thriller. So is The Handmaid’s Tale. Both are squarely literary, but undeniably thriller-y. Even a book like Woman in The Dunes—which takes place in a freaking sand pit—is a thrill to read.

If you write with keeping the thrill in mind, anything can become fun to read.

Most thrillers feature a hero trying to prevent disaster—detective versus serial killer, or a spy attempting to prevent nuclear war. CITY OF ORANGE is the reverse, with a protagonist dealing with the aftermath of not averting disaster. (Hey, maybe 007 fell down on the job.) Do you see this story as a warning, or a look at how one person might start the recovery process?

That’s a very cool way to look at the story! I think most books (including my previous thriller about the Internet, Version Zero) have active heroes because they feed our desire for agency.

Most of us normies in real life don’t have very much agency. We don’t cause big things to happen. Instead, big things happen to us—a heart attack, the loss of a job, stuff beyond our control—and we have to figure out how to cope without devolving into pointless rage. That’s a kind of heroism too. The disaster being averted is our own destructive behavior. We’re preventing Armageddon. 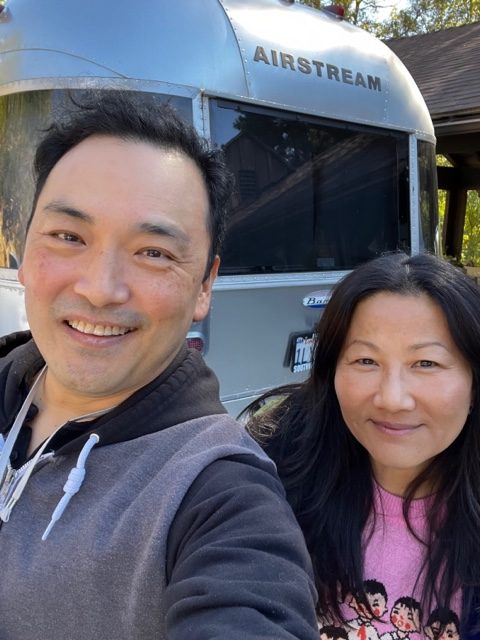 Yoon with Unjoo Moon, director of the Frankly in Love adaptation.

The main character’s journey in CITY OF ORANGE centers not just on surviving the end of the world, but also with a question for what comes next: now that everything has been reset, what kind of life will you live? What kind of person will you be? Of course, we as readers can ask ourselves these questions any time, book or no book, so perhaps CITY OF ORANGE can serve as a reminder for us to do so. I figure we might as well. Our slates all get wiped clean in the end.

What’s next for you—another thriller or something different?

I’m working on a YA dystopian book with my wife, author Nicola Yoon, and that’s been fun as hell. Now she’s not just my favorite writer, but my favorite writing partner, too. Nicola and I are also positively delighted to launch the first books from our publishing imprint, Joy Revolution, which is dedicated to telling love stories starring people of color.

On the adult side, I’m working on a modern retelling of an old story. So far, the book definitely has a strong thriller element (because I can’t help myself), and its action takes place in the world that toxic masculinity has built.

It’s turning out to be a tricky challenge, because dang the world of men can sometimes be an unpleasant place to explore, but I just know it’ll be worth it.