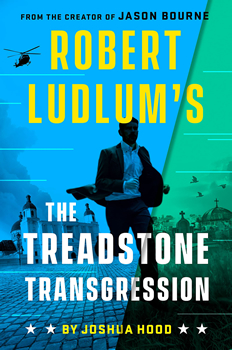 In author Joshua Hood’s third foray into Robert Ludlum’s spy universe, THE TREADSTONE TRANSGRESSION   opens with a blown mission and a dead team, leaving former CIA agent Adam Hayes in the dire position of rescuing the operatives, along with some vital information.

The CIA has a source in the Haitian National Bank who can provide proof of corruption at the top of the American intelligence community. The evidence is on a flash drive in the bank’s main office. What should be a simple smash and grab mission is anything but when a powerful element in Haitian intelligence is threatened by the breach. The CIA team’s only hope for survival is a speedy extraction.

But nothing is ever easy where Treadstone is concerned, and the story unfolds in a series of action set pieces that are both thrilling and realistic.

Author Joshua Hood took some time to touch base with The Big Thrill and discuss his new book—and how he deals with the responsibility of guarding Ludlum’s legacy. 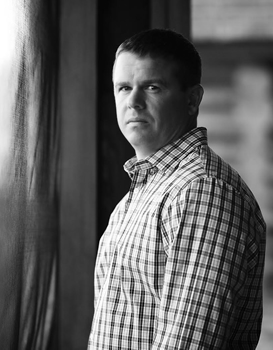 How did the story originate?

Every one of these Treadstone books begins and ends with the peerless Tom Colgan, my editor at Penguin.  He’s very humble, so he’d never admit it, but the man is a genius, and one day we were kicking around ideas and he made an offhand remark about having Hayes think he was going on a “milk-run” of a mission, then having everything go terribly wrong.

Haiti has been in the news recently—did this influence the setting?

I chose Haiti prior to the president’s assassination because honestly, I’ve always been fascinated by the culture, as well as how foreign powers have shaped the country’s past, present, and future.  I’ve always tried to do something different with Treadstone, both with the characters and the settings chosen, and the idea of putting Hayes on an operation in the middle of Carnival was too good to pass up.

What can you tell us about Adam Hayes as we find him at the opening of THE TREADSTONE TRANSGRESSION?

I think Hayes having a family differentiates him from many characters in the genre, and while we’ve seen his family on the periphery of the previous two books, I thought it was time to put them center stage.  So the book begins with Hayes at home with his wife and son—taking stock of his life and recovering from the wounds received at the end of the previous book. I think these chapters give the readers a better sense of who Adam is, or more accurately, who he could have been if he’d never joined Treadstone. 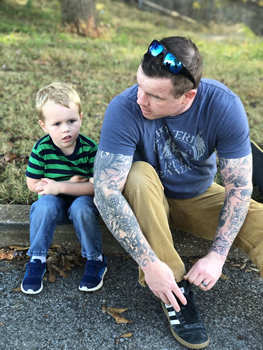 Hood with his son.

In this novel, we meet Dallys Carver and Major Poe. How did you develop their characters?

Having a strong female character kicking ass and taking names in a male-dominated milieu is something I’ve been doing since Clear by Fire, and it felt natural to do it here.  Dallys Carver, like Annabelle Hayes, is a strong woman who doesn’t suffer fools lightly. Major Poe, on the other hand, is a blunt instrument, and when you let these types of characters go head to head in a book, they create a friction that really supercharges the story.

Can we talk about Levi Shaw and Mike Carpenter? Their relationship—or animosity—is reaching legendary status.

The relationship between Levi Shaw and Mike Carpenter reached a tipping point in The Treadstone Exile, and now it has gone high order. They are both fascinating characters, and seeing the lengths they will go to achieve power is something that has taken on a life of its own. It’s very exciting.

Third book in the series—is it becoming easier or harder to write?

For me, every book is “harder” than the one before because I feel that if I’m not leaving everything on the page, then I’m not doing my job. As an author, I believe I owe it to the fans to make sure that the book I am working on is better than the one I just turned in, and because of this I tend to get nervous when the writing feels easy. 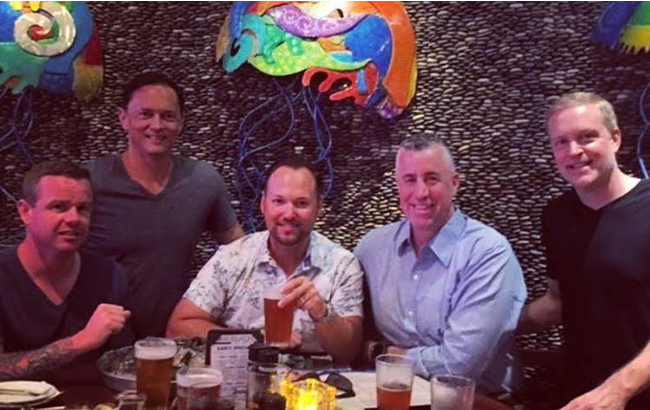 I am currently working on the fourth Treadstone book as well as a new series for Blackstone Publishing. The book is called Retrieval, and I’m very excited to see what the fans think.