David Baldacci Took Control of his Career—By Not Taking Royalties 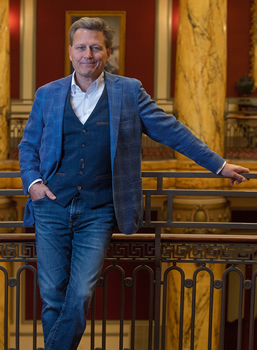 Like them or not, royalties rule the day in publishing—regardless of whether you’re a beginner or a seasoned bestseller. It shouldn’t be this way, says New York Times bestselling author David Baldacci.

To make his point, he no longer accepts royalties.

If you’re just getting started, you understandably take what you can get—10 percent, 15 percent—whatever’s offered. If you’ve had some degree of success, you can negotiate higher royalties, especially on book copies (units) sold over a specified number. The more books you sell, the higher your royalties.

Then you factor in eBooks, where publishers have little to no expense—and yet some still pay their authors small royalties. After all that, you wait six months to get paid, even though publishers are not waiting months for a bookstore to send them a check for books sold.

Of course, the one exception to this business model is Amazon, which pays up to 70 percent in royalties on eBooks—although its by-the-page views on eBooks, which are sold through its subscription service, are much smaller. And unlike most of the industry, Amazon pays authors every 30 days, instead of twice a year.

Today, the word “author” is synonymous with poverty.

Baldacci says most of the superstars in the literary world—while making thousands of times more than the word “author” implies for most of us—are paid under the same system as first-timers.

“It surprises me that a lot of bestselling writers still operate under the royalty system,” he says. The current system, he adds, is unfair to all writers and those in a position to do something about it should reconsider their contracts.

Ever since his first thriller—Absolute Power—became an international bestseller in 1996, Baldacci has breathed the rarified air of superstardom in the publishing world—something an estimated 300 to 400 authors on this planet currently inhale. The actual number is in dispute, but it’s fair to say it is quite small.

Yet Baldacci can’t get over why most of those who occupy this orbit are still accepting royalties. “When you become an 800-pound gorilla, you can renegotiate…It’s a fairness issue,” he says. 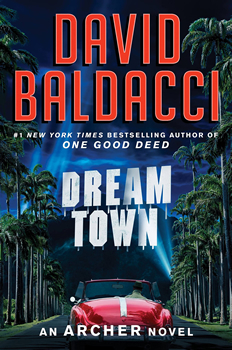 Baldacci knows a little about being a “gorilla”—he has published more than 44 adult novels over multiple series, all of which have been national and international bestsellers, and several have been adapted for film and TV. His books are published in more than 45 languages and in more than 80 countries, with over 150 million copies sold worldwide. His latest is the highly anticipated third book in his Aloysius Archer series, DREAM TOWN, out later this month.

“It’s simple,” he says. “No one should make more money on a book than the person who created it. Most books don’t earn out because the royalty system is so screwed up.” Contracts should be changed to reflect the value of the author, he adds. “I do a whole lot to support my publisher.”

Not only does he do book tours, sign autographs, and sit through countless interviews marketing his books, Baldacci has written promotional copy for his novels. This increased author participation is also the way of the publishing world now.

In most cases, publishers fail to recognize or compensate authors for their contributions, especially for tasks that were once the exclusive domain of the publisher. Today most authors say they do as much or more marketing on their books than their publishers. The industry has changed—yet it wasn’t that long ago that publishers did it all.

When speaking to groups, Baldacci often brings up the topic of royalties and their unfairness, but he understands most writers are in no position to complain. He’s able to talk about publishing practices not only because he’s a successful 800-pound gorilla, but also because he was an attorney long before his first bestseller hit bookstores. And even though that novel made him wealthy, he was still cautious enough to continue to practice law for another year before pursuing his writing passion full-time. (It might have also had something to do with how slowly his royalties came in.)

“I really hate it that you both read and understand these contracts,” his publisher once told him. Which is why Baldacci doesn’t do royalties anymore.

“I don’t think anybody does the types of deals I do,” he says.

Here’s how he does it:

Baldacci acknowledges that most writers are not in his position and can’t deal with a publisher on an equal footing, but he still urges all authors to scrutinize their contracts and royalty deals. And if you’re a successful writer making a good living, he says, renegotiate your royalties.

Baldacci has seen too many good writers crater their careers simply because they ceded control. “Don’t abdicate your career to someone else.”

This is good advice at every level of writing success.

“If you work hard, the chances of good things happening to you increase.” After all, he says, “The industry is only as strong as the new voices coming up.”