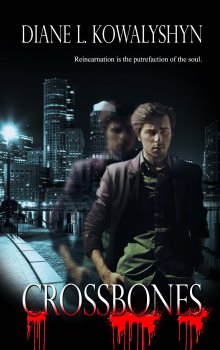 Keme didn’t think his life could get worse until he’s turned into a windigo—a creature with an insatiable appetite for human flesh. An attempt to end his life frees Arthur, the victim ensnared in Keme’s internal soul-cache. Arthur is propelled into dominance and Keme recedes into obscurity. Two souls inhabit one body, and the turnabout causes abominable evil to reign supreme.

Arthur exacts revenge on Nathanial, the man who ruined his mortal life, but eating him is too easy. Instead, Arthur systematically destroys everything Nathanial holds dear.

Arthur is captivated with Loretta, Nathanial’s daughter, but Keme is in love. After a whirlwind marriage, Loretta realizes her husband is two diametrically opposed beings. Too late to save her father, she manages to outmaneuver Arthur, and the coup triggers another soul switch. Now, she and Keme must launch a counterattack against Arthur’s inhumanity or go to hell trying.

This was the third book in the Cross your Heart and Die series. With each book, the content became darker and darker. It happened organically as a natural progression to horror. 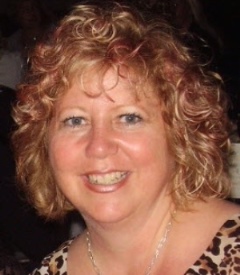 The biggest challenge was the Native American content. Since this is not an #ownvoices story, I wanted to make sure I wrote the words and some of the rituals correctly. I contacted Jane Lagasse from Algonquins of Ontario and asked her to do a sensitivity read-through, which she did.

I discovered a love and fascination with Native American folklore.

My roots are romance. I love those authors who began their career in romance and transitioned to thriller writers. Sandra Brown, Heather Graham,
Suzanne Brockmann, and Linda Howard, to name a few.

Diane L. Kowalyshyn writes heart-hammering, high-voltage thrillers—adventures that run on action, intrigue, and romance. Crossover is the thesis novel that earned a Master of Fine Arts degree in Writing Popular Fiction. Diane embraced the saying “Write what you know.” Like the female protagonist in Crossover, Diane was adopted and is still in the dark about her biological heritage. She is an avid sailor who’s listened to her fair share of marine storm warnings and relied on the intermittent pulse of a lighthouse beacon to bring her safely back to port. When she’s not on the water, she loves to travel to faraway lands where she can navigate rustic landscapes and traipse through ancient and decaying palaces and castles. Crossover is the first book in the Cross your Heart and Die Series. Double Cross is the second and CROSSBONES is the third. The series begins in present day and travels back in time. Her books are available in trade paperback and ebook through Chapters/Indigos, B&N, Amazon, Google, Nook, iBook, and Kobo.