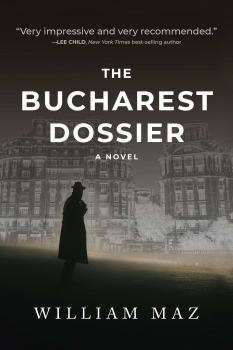 THE BUCHAREST DOSSIER is a love story within a spy thriller within a historical novel. Maz shows how love can survive even under the direst of circumstances, in this case the brutality of Romania’s bloody revolution, and the miserable and debilitating years under the Communist regime.

CIA analyst Bill Hefflin is a disillusioned Romanian expat who has lost his sense of community, his core identity, his language, and his sense of home. He arrives in Bucharest on the eve of the 1989 Romanian rebellion at the insistence of his KGB asset, whom he code-named Boris. As Hefflin becomes embroiled in an uprising that turns into a brutal revolution, nothing is as it seems, including his search for his childhood love, Pusha, a ghost from his past in Bucharest, which has taken on mythical proportions.

With the bloody events unfolding at breakneck speed, Hefflin realizes the revolution is being manipulated by outside forces, including his own CIA and Boris—the puppeteer who seems to be pulling all the strings in Hefflin’s life.

Can Hefflin find the answers before he’s swept away in the bloody tidal wave of revolution?

I decided I wanted to write about the Romanian revolution of 1989 as the setting of my spy novel, so the setting came first. I created the plot and the characters concurrently, with added subplots as the personalities of the characters blossomed in my mind. The protagonist, Bill Hefflin, is a CIA analyst who is asked by his KGB mole to come to Bucharest to “create” history. But Hefflin has an ulterior motive for returning to Bucharest: his childhood love, whom he hasn’t seen in twenty years. Thus, the novel became a love story inside a spy thriller inside a historical novel. 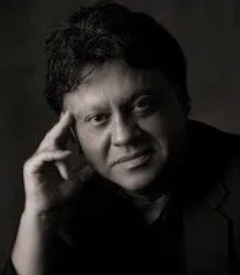 The spy novel has a long and venerable history. On one level, a good spy novel provides a thrill in uncovering the intricate plots and machinations of an intelligence service, and the forces that sometimes dramatically affect history. But beyond that, the genre allows me to delve into more profound subjects: the historical background and cultural differences of another country; the personalities and motivations of the characters; the questions of what makes a good spy and how he or she is compromised in the line of duty; and the morality of taking a life. A good spy novel is a skeleton that can be fleshed out with any of the larger subjects of a literary novel.

The biggest challenge was how to incorporate back scenes that occurred twenty years before without sabotaging the forward momentum of the main plot. The danger is that the spy story loses the pace of constantly rising dangers and stakes if the back story is too long or presented in large segments. I elected to intermingle scenes from the back story throughout the main plot which, hopefully, did not affect the pace too much.

The biggest opportunity is that the novel allowed me to describe life under the communist tyrant, Nicolae Ceausescu. Besides suffering from a constant lack of food, clothing, and bare essentials, reflected in the daily lines outside grocery stores on the streets of Bucharest, the people lived in terror of the Securitate, Ceausescu’s dreaded secret police. It is estimated that one out of ten citizens were either a Securitate agent or an informant, which resulted in no one being able to trust anyone.

My family came to the US when I was eight years old, and I have visited Romania regularly since then. Some of the scenes in the book actually occurred to me, or to my relatives, many of whom remained behind. I have used these kernels to drive the fictional plot and to convey a realistic sense of the atmosphere during that period. Although I have accurately tried to depict the main events of the revolution, I have used poetic license to arrive at my own conclusions of who started it and why.

William Maz was born in Bucharest, Romania, of Greek parents and emigrated to the US as a child. He is a graduate of Harvard University, Mount Sinai School of Medicine, and Yale residency. During his high school and undergraduate years, he developed a passion for writing fiction. He studied writing at Harvard, the New School, The Writer’s Studio in New York City, and with Gordon Lish, and is now writing full time. He divides his time between his homes in Pennsylvania and New York City. THE BUCHAREST DOSSIER is his debut novel.