Murder Fractures Even a Perfect Life 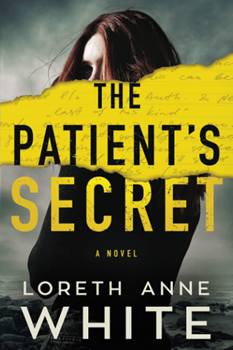 Bestselling author Loreth Anne White uses a true crime as the underpinning for her newest thriller, THE PATIENT’S SECRET.

“My story is inspired by a horrific true crime that occurred in my region of the world in 2006, when my youngest daughter was the same age as some of those involved,” she says. “As a mom, it was an event that burrowed into my psyche, and it lingered. Those connected with the crime are dealing with the repercussions to this day, and I asked myself, what if? What if you met someone with ties to this kind of past, and you didn’t know it? While the fictionalized backstory of my novel echoes the unfolding of the actual events, I moved the timeline to work with my fictional characters and my premise.”

In the novel, Lily and Tom Bradley live in idyllic Story Cove, just north of the US border in Canada. They have what seems to be a perfect life. Lily is a psychotherapist, and Tom is a college professor of abnormal psychology whose “intellectual passion is twisted minds.” Their 12-year-old daughter, Phoebe, sports pink hair and heavy eye makeup, and eight-year-old Matthew is a budding investigative journalist who takes “candid” pictures of everything and everyone. He “is like the National Geographic eye on Story Cove, the safe neighborhood with hidden secrets.”

But their lives unravel when someone murders a local woman, leaving her dead on the beach, the crime exhibiting the same facts as the unsolved “Jogger Killer” murders. 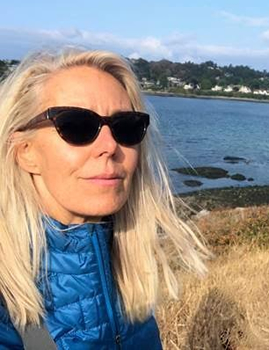 The same morning, before anyone knows of the murder, Tom goes on an early run in a thunderstorm and returns bloody. His unusual behavior terrifies Lily. Routine and order hold her life together. “Her kids are her world,” White says. “She will do anything to keep them safe.”

Detective Rulandi (Rue) Duval takes over the case, soon discovering that she has ties to the murdered woman. As her investigation continues, it’s obvious the victim had inserted herself into the lives of the Story Cove residents, including Lily and Tom.

Throughout the novel, it becomes clear that there are seven suspects who had motive and opportunity to kill the woman, including physical evidence.

What Lily and Tom don’t know about each other could tear their perfect family, and Story Cove, apart.

White says the secrets spouses hide from each other and how someone might rationalize their spouse’s actions away—“cognitive dissonance”—is a trait she’s observed. “We humans are perfectly capable of believing two conflicting ideas at the same time, or engaging in behaviors that contradict our core beliefs,” she says. “We’re also highly adept at inventing new thoughts/narratives to support the dissonance within us. Our psyches can protect us by burying dark truths deep into our subconscious so that we can look the other way. It’s a survival tool. 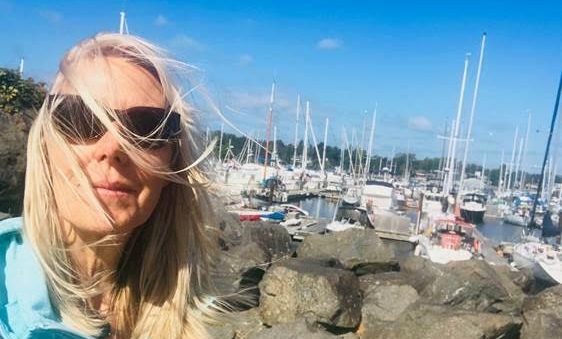 “We are herd animals, biologically programmed to belong to a herd for protection, support, and sustenance. A human alone in the wild is vulnerable—being cut from the herd equals danger. While logic might tell us one thing, belonging is biologically more important. And if the logic—a terrible truth—threatens our mate, our children, our families, our friends, we can go to extreme lengths to hide it, or to hide from it. It can take tremendous energy, and the cracks will show in subversive ways.”

White has experience delving deep into criminal offenses and those who commit them. As a former crime journalist, she has “written in-depth features for a newsmagazine on local restorative justice programs, interviewing psychologists, young offenders, and law enforcement. In part, this background inspired me to tell this story. I’ve also done in-depth features on students and bullying in a small and generally affluent community that is not quite what it seems on the surface.” 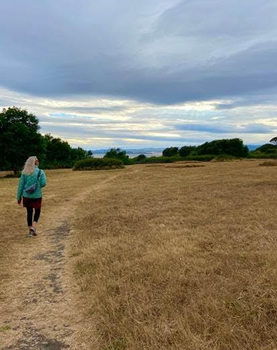 White spent many late summer evenings walking the grassy bluffs high above the ocean, where she imagined her character—the free-spirited and troubled Arwen—would run along trails, sometimes in the company of Lily’s husband, Tom.

Not wanting to give away spoilers, White is “a firm proponent of restorative justice versus retributive justice. It brings to mind the quote about pulling drowned people out of a river, versus going upriver to see why people are falling in. Sometimes ‘good’ kids, ‘good’ people, do bad things, but society can help bring them around. There is room for reparation, and it can also help victims heal in more efficient ways. Plus, data shows that restorative justice programs can cause lower recidivism rates. But these are for lesser crimes than murder.

“Can a killer be rehabilitated? Should we give them a chance to try? Especially if they are very young? We can look at famous cases where some children who have killed have become functioning members of society. Others have not. As for a true sociopath? Well, a manipulative sociopath might just be very good at acting as if they’ve been rehabilitated, because it serves them well to do so. How would we know if they are still dangerous?”

Loving the outdoors, White “finds nature creeping into my stories, often playing a role as a character itself. My ideas often grow out of a setting, a mood, an atmosphere. Setting shapes people. Characters who grow up in small and remote towns where everyone knows everyone’s business—versus those who inhabit a bustling, concrete jungle with ever-present sirens, traffic, lights, throngs of people from different cultures and backgrounds, cuisines from around the globe—are generally going to approach a story problem differently.” 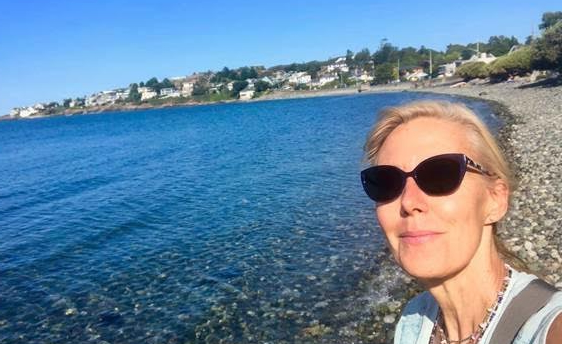 “This is one of the ‘Story Cove’ bays where I could imagine my homicide cop, Rue, picking her way over slick stones toward the battered body of the jogger found below the grassy bluff,” White says.

White “likes to poke at the gray areas between right and wrong, and how individual world views shape concepts of what is good or evil.” With THE PATIENT’S SECRET, she poses questions about society’s role in shaping criminals and in punishing them. “Our concepts of justice define who we are as a group, and they’re not always comfortable questions to answer.”

Her next novel is The Maid’s Diary, “a twisty psychological thriller about a maid with a snooping problem who sees something she cannot unsee, and now someone is dead. But nothing is as it seems.” 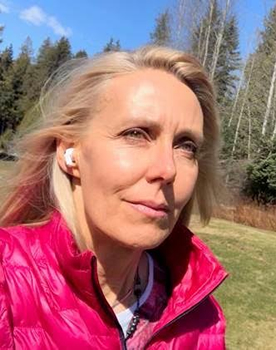 White takes her work outdoors as often as possible, brainstorming plot problems and listening to true crime and writing podcasts while she hikes, kayaks, walks, swims, or skis.

As advice for other writers, White says “learning craft is a fluid and continuous thing.” She has two suggestions for getting the job done. First, “finish writing your novel! A finished manuscript can be fixed and published. Unfinished, it remains a dream. Set daily goals or targets that are achievable. Hitting a target at the end of a day gives a punch of dopamine that feels good. The motivation that comes from reaching target after target after target and seeing something grow out of your hands and imagination feeds its own fire.

“Second, read. This is so important for a writer. Read in your genre, read across genres, read for study and for pleasure. Novelists stuck in a deadline grind often find less and less time to read, but don’t let it slide.”

What does White love to do when she’s not writing or reading? “I adore open water and long-distance swimming, preferably in wild, surging oceans, and without a wetsuit.”