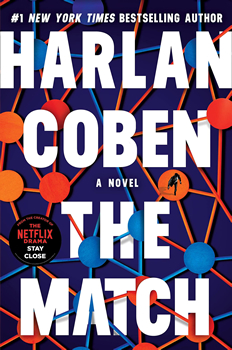 In New York Times bestselling author Harlan Coben’s latest thriller, THE MATCH, he revisits Wilde, The Boy from the Woods, who is continuing his journey to discover the secrets of his childhood. A DNA matches him to his biological father and a distant cousin. One lead has no future, but the other holds a mystery of its own.

“But the core idea here,” Coben says, “is what happens when Wilde learns the shocking and terrible truth about his origin? On page one, the grown boy meets his father. Boom, right away. We go from there.”

Even after many years living in the “civilized” world, Wilde is still an introvert who often responds with stares and stoic silences, and Coben says that “Writing for me is all about empathy—getting into the head of the characters and responding as they would, not how I would or how I would like them. Wilde is no different.”

There would no Wilde without Hester Crimstein, a recurrent character from Coben’s other books who finally, and well deservingly, gets to share the spotlight in this series. 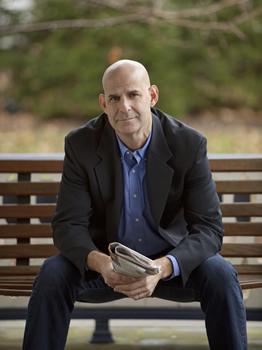 “The first time we see Hester, she’s in court giving the closing argument in defense of a murderer. I think that scene will surprise people. She is also continuing her later-in-life romance with Oren. I adore this older couple, and how our hearts never really grow old. That said, it won’t be easy sailing for them.”

In this book, we’re also introduced to The Boomerangs, and they are positively chilling. Their mission in life is using their abilities to bring justice to those being trolled and bullied online. We’ll leave it at that because to say more would constitute a spoiler.

In addition to churning out a thriller each year, Coben admits that his multi-project deal with Netflix has made his life busier, but having more to do has also meant he’s learned to manage his time better.

“The two mediums also play off one another in an interesting way,” Coben says. “Like all novelists, I am something of an introvert. I have spent most of my life alone in a room, and I’m happy that way. The TV shows are the opposite—they are very collaborative, and I enjoy that too. For a change. But, for example, if I go on set for a few days, the introvert in me rears its ugly head and demands I get back into a room alone and write the novel.”

And while on the topic of book-to-series, the change of medium means some changes must occur, some characters are redefined, others renamed. For example, Matt Hunter from The Innocent became Mateo Vidal Rivera as the series was produced in Spain. 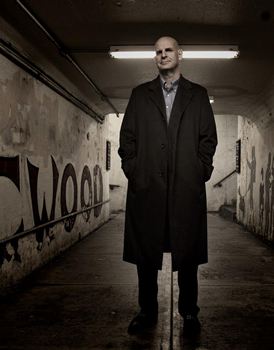 “I love it. I look at it in musical terms. The novel is the original hit single released here in the USA. Now a musical group in Spain, the UK or France wants to remake it. Do I want the song to sound exactly the same as my version? Of course not,” he says. “I want the groups to bring in their own customs and culture and strengths. I think that mix makes the TV series more original, varied, and stronger than if you just try to slavishly replicate the book’s text.”

During the 2020 interview for The Big Thrill, Coben pointed out the potential of Wilde and Hester becoming a series. Two years later, we have a fresh new story featuring them. Except Wilde has moved forward, albeit at glacier speed, with his life.

“Wilde has always had trouble connecting with people,” he says. “He grew up only knowing the solitude of the forest and his own company. But his ties with those around him and his past are growing strong. That’s bound to change a man.”

Yet there are no plans for Book Three. Coben says he focuses on the next book or project at the time. Fans are constantly asking Coben about when they’ll read new stories featuring Myron Bolitar and most recently Win and Wilde.

“My reply is usually a tepid, `Maybe, I don’t know, I think so.’ The book after THE MATCH will be a standalone with all new characters, so none of them will be in it,” he says. “After that? I don’t know yet. I can’t look that far ahead.”