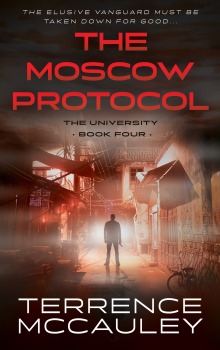 After spending his life fighting his nation’s enemies all over the globe and grieving the death of a fellow agent and lover, James Hicks is on the road to recovery from extensive facial reconstructive surgery—which thwarts all known facial recognition scanners—when he finds one of the most wanted men in the world. This does not come without cost, as Hicks soon discovers. Interpol and the FBI want to question him, the CIA wants to capture him, and a mysterious network known as The Vanguard wants him dead.

The plot took shape first as it’s part of a series. Once I had chosen the characters for the story, it was only a matter of allowing them to take over and steer the story in the right direction. 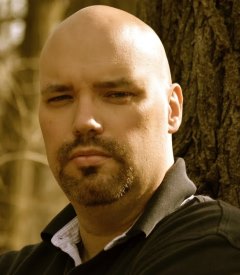 I enjoy the possibilities the thriller allows me to explore as a writer. It’s a matter of taking a dynamic plot and making it relatable. Explosions and espionage are entertaining, but ultimately, the characters need to be accessible.

The biggest challenge this book presented was the plan to give each character enough time to shine while advancing a complex plot forward. It was also the biggest opportunity. I take aspects of their characters that readers saw earlier in the series and continued that in this book. The result not only continues the series but opens the door for each of these characters to venture out on their own going forward.

I enjoyed the journey each of these characters took. The more I wrote, the more aspects of their personalities came to the fore. It was great to watch as how one situation flowed into the next to benefit the story.

Without adding any spoilers, audiences can rest assured that there is no shortage of University stories for the foreseeable future.

James Ellroy, Alexander Dumas, and Patricia Highsmith have been huge influences for me. Ellroy’s plotting, pacing, and characters. Dumas’ ability to write compelling characters with great action, and Highsmith’s subtle ability to tighten the screws of a book without being obvious is remarkable.

Q: How are all of your novels related?

A: All of my novels, whether they’re Westerns or Thrillers, take place in the same universe. One doesn’t have to start with the first book I’ve written and carry through all the way to the present, but they’ll certainly see familiar names and characters if they read more than one or two. That makes it more interesting for me and more interesting for the reader as well.

Terrence McCauley is an award-winning writer of Thrillers, Crime Fiction, and Westerns.

Terrence has also written three stand-alone novels for the successful Ralph Compton Series at Berkeley. The Kelly Trail and Ride the Hammer Down were published in 2020, with Stagecoach to Hell released in 2021.

Terrence is also the author of the acclaimed University Series, which includes: The Fairfax Incident, A Conspiracy of Ravens, A Murder of Crows, and Sympathy for the Devil. He has also written two award-winning crime fiction novels set in 1930 New York City, Prohibition and Slow Burn. His World War I novella, The Devil Dogs of Belleau Wood, won the Silver Medal for Historical Fiction from the Military Writers Society of America. Proceeds from sales go directly to benefit the Semper Fi Fund.

In 2016, Terrence’s short story ‘El Cambalache’ was nominated for Best Short Story in the ITW’s annual Thriller Awards. His short stories have been featured in Thuglit, Shotgun Honey, Down and Out Magazine, and many other publications. He is a member of the New York City chapter of the Mystery Writers of America, International Thriller Writers, the International Crime Writers Association, the Military Writers Society of America, and the Western Writers of America.

Terrence is an avid reader, loves classic movies, and enjoys traveling. A proud native of The Bronx, NY, he currently lives in Dutchess County, NY where he is writing his next work of fiction.