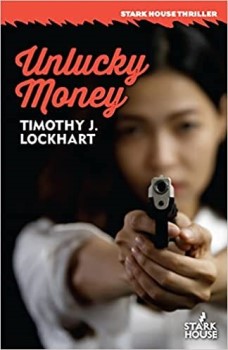 UNLUCKY MONEY is a murder mystery starring young Chinese American private-eye Wendy Lu, a former cop striving to prove herself professionally as she struggles with guilt over the death of her police partner. The novel features Wendy investigating the murder of Susan Fontaine, the wife of wealthy Norfolk, Virginia, real estate developer Whit Fontaine and, although all initial clues point toward Whit, trying to prove he was framed. Wendy perseveres in her investigation despite hostility from Whit’s arrogant business partner, opposition from the police, and violent threats on her life.

I tend to start with characters and then find interesting things for them to do. In UNLUCKY MONEY, I started with the character of Wendy Lu (her Chinese name is Lu Wen) and thought about how a young Chinese American woman from two different cultures might approach investigating a traditional murder mystery. 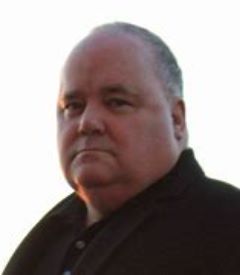 I like to write the sort of books I like to read—mysteries, crime novels (some noir, some not), and thrillers.

I enjoy seeing how Wendy looks at the world and how it looks back at her. Some aspects of both of those things were surprising.

Although UNLUCKY MONEY is a mystery that focuses primarily on Wendy’s investigation of a murder, the book also focuses on Wendy’s relationship with her family and how her various family members view her unusual career choices.

Dashiell Hammett for plotting, Raymond Chandler for style, Charles Williams (the American writer, not the British one) for character development, Richard Stark for pacing, and Megan Abbott for how to write female characters. And Elliott Chaze for showing me, in his classic noir novel Black Wings Has My Angel, how much a writer can accomplish when all of the elements of fiction work well together.

Q: What do you like best about being a novelist?

A: When a reader says that he or she likes one of my books, and I can tell that the reader really “gets” what I am trying to do in that book.

Timothy J. Lockhart is a lawyer and former US Navy officer who worked with the CIA, Defense Intelligence Agency, and Office of Naval Intelligence. In addition to his novels Smith (2017), Pirates (2019), and A Certain Man’s Daughter (2021), all from Stark House Press, he has written numerous articles and book reviews for a variety of publications, including Naval Intelligence Quarterly, Naval War College Review, and The Virginian-Pilot. He lives in Norfolk, Virginia, with his wife and daughter.