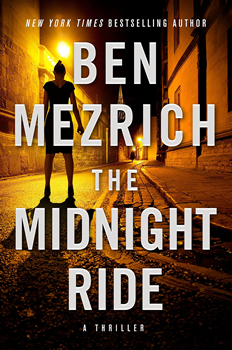 The phone jangled in the middle of the night. An anonymous caller told New York Times bestselling author Ben Mezrich he knew who was behind the famed 1990 Gardner Museum art heist, which netted $500 million in masterpieces by Vermeer, Rembrandt, Degas, and Manet. It is the largest unsolved art theft in history.

Mezrich had heard it all before. He was used to people calling him with fantastic stories ever since he published Bringing Down the House: The Inside Story of Six MIT Students Who Took Vegas for Millions. It was a book largely based on the MIT card-counting students, but contained some fictional elements. In 2008, Paramount Pictures made it into the movie 21.

Since Bringing Down the House, Mezrich has been the go-to guy for books about real larger-than-life characters. Every person operating on the edge who salivated at the thought of having their story go public called him, pleading with Mezrich to write about them. One of those calls caught his attention. The Accidental Billionaires: The Founding of Facebook, A Tale of Sex, Money, Genius, and Betrayal became a bestseller and the blockbuster movie, The Social Network.

His latest call at two in the morning was different still. This caller knew details of the art heist that had never made the newspapers. The details he shared convinced Mezrich that his anonymous source was likely the real deal. 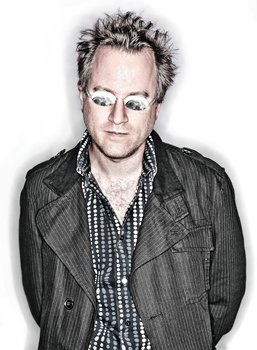 After several calls, his source told him the name of the person who was behind the team of burglars to pull off the audacious robbery. Finally, the caller set up a meeting with Mezrich in Boston. They would meet in an old warehouse at two o’clock in the morning. It sounded like one of Mezrich’s books.

He was ready to go, but at the last minute, Mezrich backed out. “I chickened out. It just didn’t seem safe.” He knew his source was an ex-con who’d just gotten out of prison, and he decided he just wasn’t going to risk it.

He never heard from the caller again.

Mezrich has survived by being cautious. He’s written about the rich and powerful, including dangerous Russian oligarchs who have no compunction about killing and who put Vladimir Putin in power. But Mezrich doesn’t take unnecessary risks, even as he admits he immerses himself right in the middle of his stories to find the essence of the topic he’s exploring.

“My favorite part of writing is research,” he says. “I read everything there is. I interview people. I go to places and dig around…I believe you have to be on the ground becoming part of the story.”

Although he became most famous writing nonfiction, that was never Mezrich’s intent. “My original goal was to be Michael Crichton and write fiction,” he says. “I also loved Hunter S. Thompson and wanted to mix the two…I always wanted to be a thriller writer. That was my dream.”

And being part of the story can be dangerous, especially when dealing with very rich and very powerful Russians over a series of months to write his book Once Upon a Time in Russia, The Rise of the Oligarchs—a True Story of Ambition, Wealth, Betrayal and Murder. (Note: If you’re able to read the title in one sitting, you’re not reading a Ben Mezrich nonfiction book.)

One afternoon he was walking down the street in New York City with a muscular Russian the size of an old Checkered Cab when some teenagers not far behind them on the sidewalk were making a lot of noise. The Russian turned to him and asked if he should take care of it. Mezrich was stunned and had to assure him it was okay. 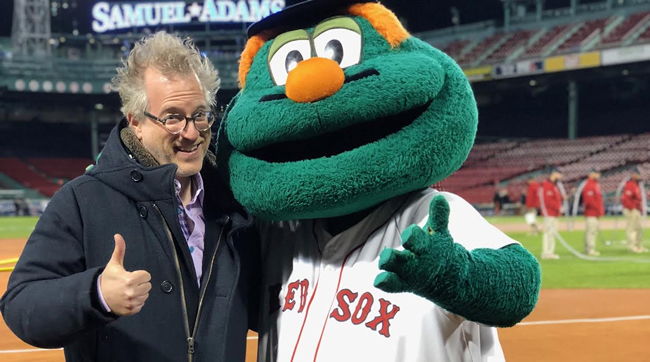 And then there was that time at NASA when he opened too many doors and was where he shouldn’t be. “I always walk right up to the edge,” he says. “…I do things like that because I want to feel it.”

Hunter S. Thompson would be proud.

But we digress. Back to the mystery at hand. Who was that man behind the Gardner heist and what happened to those masterpieces? Mezrich says it was a very rich and famous person whose name we all know. But before the thieves could transfer their booty to him, he died, leaving them with a cache of art so famous they could neither fence it nor sell it. So to this day, it remains hidden and the heist unsolved. (Note to Would-be Sleuths: The Gardner heist was in 1990. Check the obituaries of the rich and famous from that era.)

At times, Mezrich says, he wonders about not taking that meeting with his middle-of-the-night caller. He wonders if he might have cracked the greatest unsolved art theft in history.

“I’ve always regretted it,” he says. “But I’m always careful. You must trust your senses. When you feel something doesn’t sound right, you back away.”

His concern was not insignificant. Vermeer’s stolen piece, The Concert, is considered the most valuable stolen masterpiece in the world.

Did Mezrich talk to the police or the FBI about his caller? No, but his research leads him to believe the authorities know as much as he does about who was behind the theft. And even though the person has died, Mezrich still declines to name him. 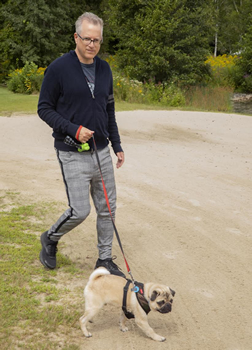 The story picks up last winter when the editors of the Boston Globe, looking for content to distract its readers who were COVIDisolated and anxious, asked Mezrich if he would write 20 installments of a mystery, which would run for 20 consecutive days—sometimes running fiction on the front page. He jumped at the chance.

“Everyone’s miserable, and the news is dark and sad, and we want to give the readers something different,” Globe editors told him. “It was helpful to me because I was in this miserable state. It got me out of this dark hole…It was a way to give back to the city. I didn’t ask the Globe for anything to do it.”

Thus began the fictionalized version of the greatest art heist in world history at the Isabella Stewart Gardner Museum. It was titled “The Mechanic” and became one of the most popular pieces in the newspaper. Some 250,000 readers throughout New England gobbled it up each day.

“It started its life as a serialized novella in the Globe that the whole city was reading together,” he says. “When I wrote it originally, it was very quick. It had newspaper-size chapters.”

His agent immediately contacted Hollywood. Steven Spielberg, the biggest director and producer in La La Land, bought the film rights through his Amblin Entertainment. Can it get any better than that for Mezrich? And it’s appropriate that it’s Spielberg who picked up the rights since Mezrich had already become the Indiana Jones of nonfiction thriller writers.

His novel about the Gardner art robbery was released in late February under the new title THE MIDNIGHT RIDE. It is an expanded version of his Boston Globe success. This new take digs deeper into characters and goes beyond where the Globe series left off.

It starts out with the art theft and quickly turns into a DaVinci Code-style read with various Boston historical artifacts literally threatening to change the course of history and science. And for good measure, the history of Boston’s own Paul Revere is intertwined throughout the plot. Thus, the title, THE MIDNIGHT RIDE.

Chapter Two introduces us to Hailey Gordon, a college student who is getting by financially by playing poker and counting cards at a Boston casino. (She didn’t exactly bring down the house.) When she’s discovered and guards are chasing after her, she races upstairs into the hotel portion of the casino only to come upon a corpse—a corpse ex-con Nick Patterson was supposed to be meeting in short order. Nick and Hailey quickly leave the hotel together to escape the guards and in pursuit of what they hope will be a very lucrative adventure. Instead, danger chases them from every direction as they are pursued all over Boston by the bad guys and the authorities.

The plot twists and turns in a very Indiana Jones and Robert Langdon direction until Mezrich finishes with an obvious sequel staring you in the face.

“I think the ending is satisfying, but I also accept it leaves you wanting more,” he says.

The sequel will include a fellow named Benjamin Franklin, a native Boston bad boy who returned to his roots numerous times throughout his life. Mezrich is working feverishly on a follow-up manuscript. THE MIDNIGHT RIDE is the first in a three-part series.

“I’ve always been jealous of my fiction writer friends because you can live in the worlds they create for a long time. Nonfiction is constricting. You must tell a story and then move on to another…. I like the slow reveal. I don’t need to show all my hand upfront.”

That’s evident in THE MIDNIGHT RIDE as the mystery man who funded the Gardner heist—the man whose name we will all recognize—is finally revealed. At the end of THE MIDNIGHT RIDER, the fictitious Mr. Big is identified as Mr. Arthur, who is on his way to Philadelphia. Is that a first name? Last name? If it’s a last name, what’s his first name? And is Philadelphia a clue? Is it really fiction or should we be reading something into this?

Only Mezrich knows for sure, and right now, he isn’t talking. But then again, he’s the master of the slow reveal, and this is the first book in a series.