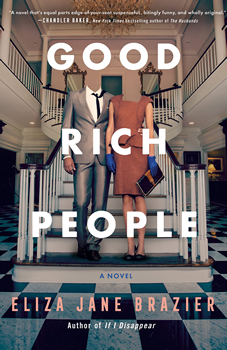 Eliza Jane Brazier made a splash on the thriller scene with her 2021 adult debut If I Disappear, about a woman who sets out to find a true-crime podcast host who has gone missing. That book earned glowing praise from the likes of Rolling Stone (“more twists and fakeouts than an episode of Serial”) and Kirkus (“disquieting and distinctly creepy”), and established Brazier as a powerful new voice in the genre.

Her sophomore psychological thriller, GOOD RICH PEOPLE, follows through on that promise. The book has an irresistibly demented premise: A bored wealthy couple, Lyla and Graham Herschel, entertain themselves by opening up their Hollywood Hills guest house to newly successful tenants, then scheming to destroy their lives. The pair get more than they bargained for when they set their sights on Demi Golding, a homeless woman masquerading as a tech company executive. Demi has spent her entire life struggling to survive, and she’s not going down without a fight.

GOOD RICH PEOPLE delivers plenty of black humor and wicked twists, but the dark heart of the book is the relationship that develops between Lyla and Demi, who maybe have more in common than either would like to think. 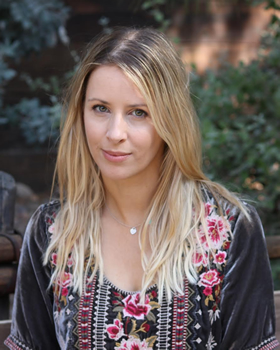 On the eve of her new book’s release, Brazier sat down with The Big Thrill to talk about the very personal inspiration for GOOD RICH PEOPLE, the worst writing advice she’s heard, and her next thriller.

Can you tell us about the evolution of GOOD RICH PEOPLE? What was the spark and how did you develop it into a full novel?

GOOD RICH PEOPLE was inspired and fueled by my own experiences living below the poverty [line] for nearly a decade. Because my late husband was a musician, during that time we also interacted with incredibly wealthy people. So it was a combination of wanting to write about a traumatic period of my life and wanting to take the absolute piss out of rich people.

Socioeconomic status is one of the driving forces in your novel. Your characters range from the ridiculously wealthy to homeless. How difficult was it to switch between the different mindsets and stay true to the characters? 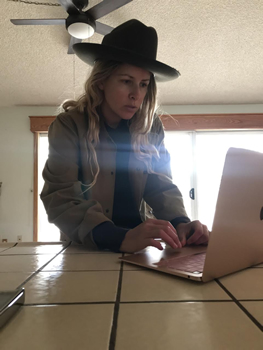 Brazier at work. Photo courtesy of the author

Without giving away any spoilers, are there any details about GOOD RICH PEOPLE you would like to share?

I think of this book as being a black comedy, so it’s very camp and over-the-top, while still being maybe a little too real!

You’ve written several young adult novels under the name Eliza Wass. What made you transition to thrillers and what are the perks of writing each genre?

Yes, Wass was my late husband’s surname. To be honest, my YA novels are thrillers, and I didn’t approach them any differently than my adult novels—perhaps I should have! I transitioned to adult because I felt like that was a better fit for me.

I think any advice that doesn’t work for you is bad advice, which is what can make it so tricky! For me personally, setting word count goals can be a bad idea. I tend to get so focused on hitting a number that I will push through when I am lost or when a story is underdeveloped, and then I end up having to rewrite the whole book anyway. So even though I may have written X number of words, I have actually written no words because I can’t use them! 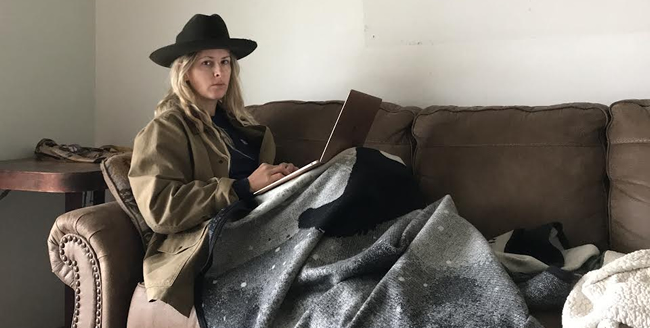 Brazier says she always writes her books while wearing an enormous hat to hold all her ideas. “Kidding,” she adds. Photo courtesy of the author

My next thriller is about mothers and daughters in the elite horseback riding community in Southern California. It was inspired by my years teaching horseback riding to wealthy families in Orange County and Los Angeles. I’m a total horse girl, so it has been such a blast to write.