Unlocking the Mystery of a Novelist 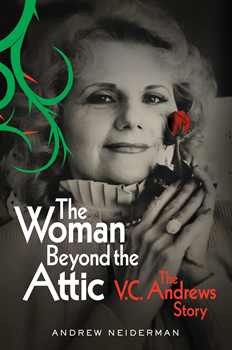 You’d have to have been living under a rock to have not heard of the chilling novel Flowers in the Attic. V.C. Andrews’s startling debut—still haunting and increasingly more controversial today than when it was published in 1979—told the horrifying story about a mother who locked her children in the attic.

It’s a bit more complex than that, obviously, but the novel did more than kickstart Andrews’s publishing career—it started the rumor mill about how much of that book was drawn from Andrews’s own life. Those rumors persist, long after Andrews’s death in 1986 of breast cancer.

Now, more than three decades later, Andrews’s longtime ghostwriter—and bestselling author in his own right—Andrew Neiderman hopes to put some of those rumors to rest. His new book, THE WOMAN BEYOND THE ATTIC, gives fans an intimate look into Andrews’s life, looking into her earlier years to help cobble together a profile of one of the genre’s most mysterious authors. In it, Neiderman talks to surviving family members and analyzes letters, poems, and even an unfinished manuscript with the hopes of correcting any erroneous assumptions about the writer who penned one of the most talked-about and bestselling books of all time. 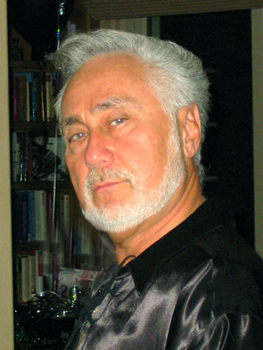 In this interview with The Big Thrill, Neiderman shares more about why he wanted to write this book, what he discovered in his research, and his thoughts on why Flowers in the Attic remains such a stunning success.

Flowers in the Attic is a classic—still talked about and read (and re-read) after all these years. It’s a hard act to follow. As V.C. Andrews’s long-term ghostwriter, what kind of pressure to “produce” did you feel as a result of the success of a book with such tremendous staying power?

A great deal, not only because of Flowers’ success, but because I was taking on the responsibility for the Andrews family, and I didn’t want to disappoint them and the memory of Virginia Andrews. I studied her style, characters, and plot concepts as if I were doing a term paper for my master’s degree. Fortunately, I was teaching creative writing, and I was in a high school with direct contact with young people and could appreciate what Virginia had captured. I met the test with the fan base, and the publishers were excited to go forward.

Why do you think Flowers was so successful? 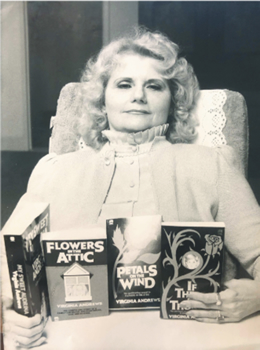 Andrews with the Dollanganger Family series, published between 1979 and 1986. Photo courtesy of the V.C. Andrews estate

I think Flowers captured inherent fears we all have as children. It wasn’t only the startling plot premise of a mother willingly imprisoning and later wanting to rid herself of her children. Getting into the emotional development and innocence of Cathy, who basically represented all young girls at the time, added to the startling plot. The darkness of the house and the deceptions hit notes people felt but didn’t want to voice about their own family. She, in a true sense, gave voice to them and uncovered what lay beneath the surfaces of every family, the sibling rivalry, the competition between a daughter and her mother, the Oedipus complex, and the basic fear of darkness and isolation. And she wrote it in a style that seemed so simple and innocent itself.

What drew you to her work—so much so that you wanted to carry on her legacy after her death?

It was a wonderful challenge for a writer. Many of my earlier novels had similar characters, such as PIN, which was made into a feature film, Brainchild, which Virginia herself endorsed, and Someone’s Watching. The same sort of family dysfunction leading to unusual plot premises, darkness and light.

V.C. Andrews was notoriously private and somewhat mysterious. What did you set out to accomplish with this book? 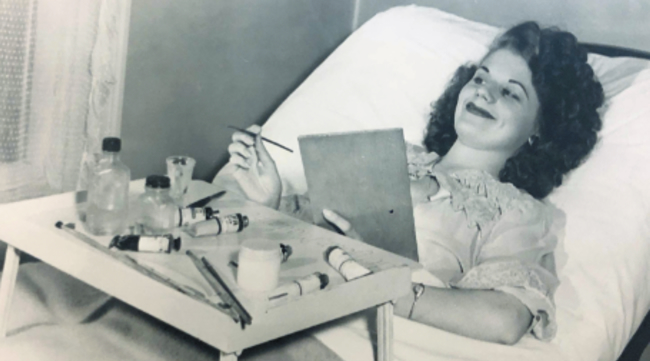 Andrews in the hospital after her first major surgery—and the setting for a fascinating start to Flowers in the Attic, which would come years later. Photo courtesy of the V.C. Andrews estate

There are so many unanswered questions about her because of her privacy and her handicap, and there are so many erroneous stories and interpretations. I dug deeply into the family history with the assistance of the family and researched her illness and especially her mother’s reaction to it. Then I analyzed Flowers in the Attic to relate what in her own life she incorporated in the story. She always said she was locked in an attic too, by the handicap she suffered. How she overcame it all to write the bestseller at the age of 55 was an astounding story. I wanted to tell that in as much detail as I could.

As someone who has written about a real person before, I appreciate how protective fans can be of their idols. V.C. Andrews has a robust fan group. What kind of response have you had from them about your book? Were you nervous writing it? 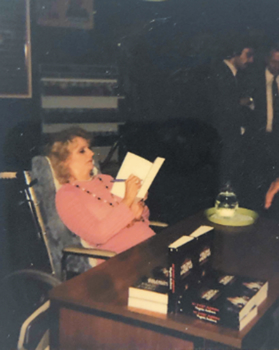 Andrews at one of her earliest book-signing events. Photo courtesy of the V.C. Andrews estate

So far, fantastic response. They’ve wondered about the same questions for decades and were crying out for such a work. I’m overjoyed at the reviews and the responses.

As you curated information for this book—her letters, pictures, poems, etc.—was there anything you found that surprised you?

Some of the family conflicts. I didn’t know anything about her cousin Pat and her reaction to Virginia’s mother basically incarcerating her, blocking her social intercourse and even her wishful romantic intrigues. However, when Virginia succeeded, her mother became her biggest supporter and took joy in her success. She was always, however, dominating and controlling. Also eye-opening was Virginia’s reaction to her own success and the publishing industry itself.

The book contains a partially finished manuscript. Is this something you would ever finish?

I don’t think so. We have so much in the works, but I never rule out anything. I think it’s fun for the fans to speculate on how the partial would end. We’ve also included poems and songs she wrote. 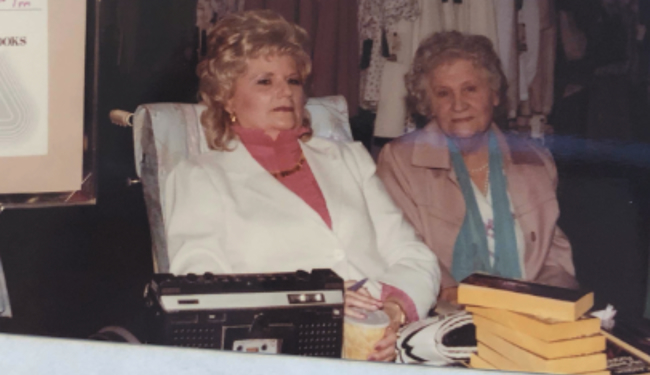 Andrews with her mother, Lillian, at a Virginia Beach book-signing event. Lillian had come aboard to help promote the book. Photo courtesy of the V.C. Andrews estate

Independent of your ghostwriting, you’ve written a number of books. How is your approach to those novels different?

My novels are more graphic, have physical violence and more sex.  If you analyze Virginia’s work, you find that the most violent thing is someone being pushed down a stairway. She never used anything supernatural even though she believed she had ESP and had lived at an earlier time. She said she was an “old soul,” and her mother was a “new” soul. Yet we’ll find her work internally scary with terror subtle and psychological.

There are three novels done and coming out: Becoming My Sister, set in what is known as the “movie colony” in Palm Springs, California, where movie stars, producers, and directors had and have homes. The mother of two girls is obsessed with who lived and partied in their home, and the girls are almost forgotten in contrast. It has thriller aspects and gentle sibling rivalry. Next is a two-book series, Eden’s Children and Little Paula, about a woman who adopts a boy and girl at once, planning to have them continue her family. In other word she wants them eventually to be husband and wife. It’s set in Pennsylvania in the Poconos region and has all the twists and turns of a V.C. novel. I’m working on a new series right now.