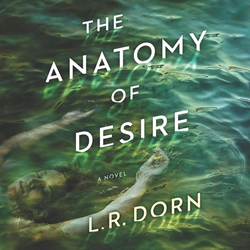 In listening to AudioFile’s Best Mystery Audiobooks of 2021, I especially enjoyed the LA Theatre Works presentation of Agatha Christie’s THE MURDER ON THE LINKS, performed by a full cast. Thanks to producers willing to go the extra mile, an audio mystery can truly be enhanced by a performance from multiple narrators. Below, several more audiobooks that provide that extra-special listening experience.

THE ANATOMY OF DESIRE by L.R. Dorn is read by a full cast of award-winning narrators, including J.D. Jackson, Santino Fontana, Hillary Huber, Marin Ireland, Vikas Adam, Gabra Zackman, and Shelby Young. Most of the narrators perform at least two of the many characters that make up this very unusual audiobook, delivered as episodes of a true-crime docuseries. The story is a modern-day take on Theodore Dreiser’s An American Tragedy. The lead characters are influencers obsessed with their social media presence. Listeners will find themselves bingeing on one episode after another as revelations slowly come to the surface from multiple perspectives. L.R. Dorn is actually the pen name for two screenwriters: Suzanne Dunn and Matt Dorf.

THE STOLEN HOURS by Allen Eskens is read by three talented narrators: MacLeod Andrews, Christine Lakin, and Tina Huang. Lakin voices Lila Nash, a soon-to-be lawyer who is working in the prosecutor’s office. She is partnered with Detective Nikki Vang, performed by Tina Huang, to bring an elusive serial killer to justice. The killer, Gavin Spencer, is voiced by MacLeod Andrews, giving listeners an inside view into the mind of evil. The distinctive voices make the characters come alive and enhance the tension and drama of the mystery. 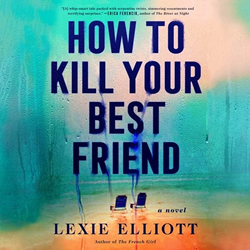 For an audiobook with two female narrators who alternate perspectives, listeners might enjoy HOW TO KILL YOUR BEST FRIEND by Lexie Elliott. Ell Potter performs Georgie, a single, adventurous woman. Jane Collingwood voices her friend, Bronwyn, who comes across as high-strung, smart, and analytical. They are drawn together to a remote island for the funeral of a third member of their college swim team. Everyone has secrets that are slowly revealed. The two characters, and narrators, alternate chapters. Having the two narrators, each providing their perspective of the unfolding dramatic events, makes for a totally engaging listening experience.

A GAMBLING MAN by David Baldacci, read by Edoardo Ballerini and Brittany Pressley, is the second in the Archer series. Ballerini returns to portray Archer, an ex-con heading out to California looking for work as a private investigator. Pressley voices Liberty Callahan, an aspiring actress hoping to find stardom in Hollywood. This series is set shortly after WWII. The snappy, sarcastic dialogue, abundant smoking, and jazzy musical opening create the noir atmosphere. The overall effect is like listening to an old radio show.

Discover a whole range of excellent mystery audiobooks, whether you’re looking to get back into a favorite series or start fresh with a riveting debut. Travel by audio to Hong Kong with Natalie Naudus narrating the newest Lily Wong adventure, or jet off to Catalonia and Spain with Daniel Weyman as your guide. Listen as Angela Dawe narrates the tale of a millennial wannabe novelist thrust into a murder mystery. Leslie Manville delights in Osman’s second Thursday Murder Club audiobook, and Deepa Samuel thrills in a new audiobook full of secrets. 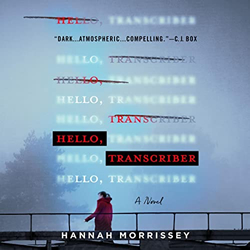 Narrator Angela Dawe assumes a millennial’s exasperated tone, endearing listeners to Hazel Greenlee, a wannabe novelist. Working the graveyard shift in a small Wisconsin town’s police station, the depressed, troubled Hazel is shackled to a computer where she transcribes recorded police reports. Her curiosity about a case involving a dead child thrusts her into a seamy murder, launching her into a story full of despicable crooks and loveable heroes. Dawe moves the narrative seamlessly between Hazel’s amateur detective life and her troubled home life. 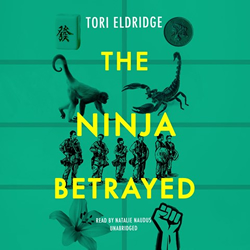 Narrator Natalie Naudus brings versatility and spirit to this third volume in the Lily Wong series. Vibrantly portraying the contemporary Chinese-Norwegian ninja, Naudus transports listeners to the underworld of Hong Kong during the height of the pro-democracy protests. Naudus keeps listeners absorbed by skillfully amping up her pace and tension as danger looms from murderous triads. Naudus exhilarates listeners during fight scenes, bringing the excitement fans have come to expect from the series. This installment, which can be enjoyed as a stand-alone, proves to be the most riveting yet. 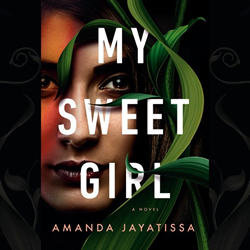 Narrator Deepa Samuel performs this thriller involving a Sri Lankan woman who has recently been cut off from her wealthy adoptive parents and thrown into a terrifying quest for survival. Paloma returns from a drunken night out, finds her roommate dead, and passes out. When she awakens, his body is gone, and someone is doing their best to ruin her life. Samuel is a strong narrator with an outstanding emotional range who adds Sri Lankan notes to Paloma’s California accent as Paloma reconnects with her heritage and secret past. 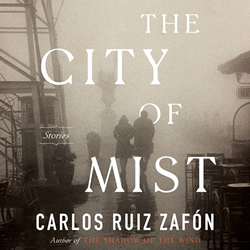 THE CITY OF MIST

Zafón writes gothic horror for grown-ups, and he writes with the heart of a poet. To present his stories on audio takes delicacy and impeccable judgment about atmosphere and pacing. The artful production and exquisite performance by Daniel Weyman hit all the right notes. Lovers of Zafón’s classic novel THE SHADOW OF THE WIND will relish these shorter tales, reminiscent of Poe but profoundly rooted in Catalonia and Spain. 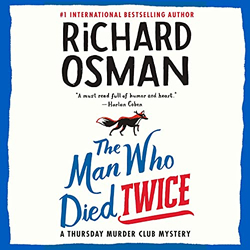 This new audiobook hits a rare trifecta: The writing sparkles, the plot is marvelously taut, and Leslie Manville’s witty performance delights in so many ways that it follows you around in your head for days after the audiobook is finished. The novel rejoins the four pensioners Elizabeth, Ibrahim, Ron, and Joyce from Osman’s Thursday Murder Club. Here Elizabeth, unconstrained by the rules of her former spy service, devises an appropriate response to a particularly offensive double murder, while Ron orchestrates payback for the mugging of his friend Ibrahim. The whole thing is an indecent amount of fun.