A Weekend to Die For 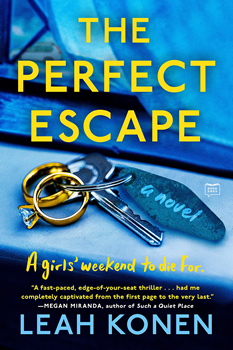 Leah Konen probes the dark side of female friendship with her second psychological thriller, THE PERFECT ESCAPE.

In this story, the author of All the Broken People sends three friends—Sam, Margaret, and Diana—on a weekend getaway to the Adirondacks. All could use a break from their broken lives and messy divorces in New York City. A carefree vacation sounds like fun, right? Until they stop for gas in the small town of Catskill, their car keys disappear, and Diana goes missing. Sam and Margaret are left to face all the hurts and betrayals they’d hoped to leave behind. Eerie coincidences, secrets, and twists pile upon twists, enough to keep you reading late into the night.

With such praise, The Big Thrill had to know more. We caught up with Konen as she prepared for her book’s launch.

She says the crux of the idea came to her on a road trip to Tennessee from her home in New York. “My husband and I had taken an unplanned detour on a road trip to Bonnaroo Music Festival and found ourselves in a charming (almost too charming?) town. I began to wonder what would happen if something similar went horribly wrong for a group of girlfriends.” 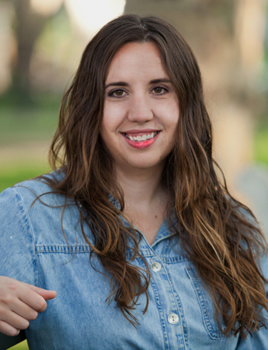 Beyond that nugget of an idea, she quickly began to imagine characters. “I really loved the idea of writing about women going through heartbreak and all the imperfect ways they might deal with their situations. I didn’t base Sam, Margaret, and Diana on any specific people, but I will say that we all have flawed ways of dealing with trauma, and I wanted to explore that in each of their stories.”

One of her biggest and most rewarding challenges was writing Margaret’s backstory, which shared a lot of similarities with her own real-life experience. “I also had a very traumatic pregnancy, which, thankfully for me, ended with a happier outcome than Margaret’s did. It was important to me to shine a light on the relatively un-talked-about issue of prenatal testing and to help normalize pregnancy trauma that many people do not feel comfortable discussing.”

At the end of THE PERFECT ESCAPE, Konen includes a handy discussion guide. In it, she writes, “I definitely find female friendship powerful and fascinating, and the many friendships I’ve been blessed with in my life have informed some of the close and intimate friendships in my novels.”

The male characters also are complex and well-rounded. “I think the men came to be just as the women came to be, by writing the story, throwing these people together on the page, and watching them react to each other in ways that felt natural to each of them,” she says. “I definitely wanted to have each man in the story treat women in different ways. Harry values being a hero to the women he loves; Lars is all about loyalty, no matter the circumstances; and I think Alex treats women, and Margaret in particular, the most like friends of any of the other men. I tried to make sure each of them approached relationships in a different (and often flawed) way.” 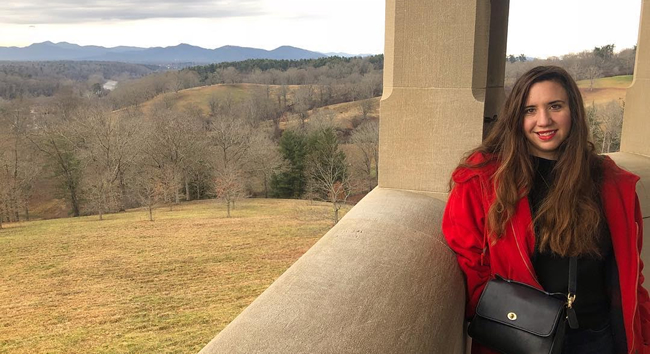 As the author of five young adult romances, Konen finds the conventions of her new genre very different. “I had to really work to be able to get my head around the unique pacing and plotting of a mystery . . . I feel like I learned a lot writing All the Broken People, especially about how to set up a mystery, seed different twists and turns, and hopefully surprise some readers along the way.”

Still, in THE PERFECT ESCAPE, she had to work even harder “to get the twists just right, to make the characters feel whole and round and different from one another, and to uncover their unique stories.”

Konen says she is a plotter “through and through, and I live for my outlines. I can’t begin until I know where I’m ending up, but of course, there are plenty of surprises along the way.” 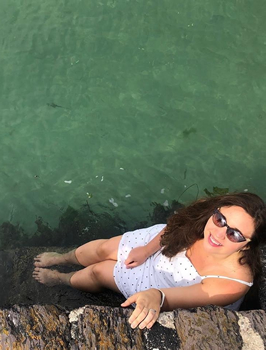 Konen cools off at the Ring of Kerry in Ireland.

Especially twists. “I like to think they evolve as organically as possible. However, my one tip to any writers out there would be to not go with your first thought or idea when it comes to a twist (at least for the really big ones). I often find that if my mind goes somewhere first, a reader’s (especially these incredibly astute thriller readers) is going to go there as well,” she says. “Sometimes I include a twist through the entire drafting process knowing I will eventually switch it up. When I’m writing and revising, it could truly go in any direction!”

Konen hopes readers will take away from this story “whatever they need, whether that’s pure entertainment, a twist that gets even the most eagle-eyed reader, or empathy or understanding for the characters. I’m a firm believer that once a book leaves my hands, it’s for the readers and the readers alone. Even several years into writing, I primarily still read for pleasure, and I hope to offer readers that same sort of escape.”

Many of Konen’s YA readers have followed her into the thriller genre, she says. “I’m so incredibly appreciative of every single one of them. I think genres, be it YA or psychological thriller, are more for marketing folks and booksellers than anyone else, and I think most readers gravitate toward stories that hook them and thus find themselves reading across a multitude of genres.” 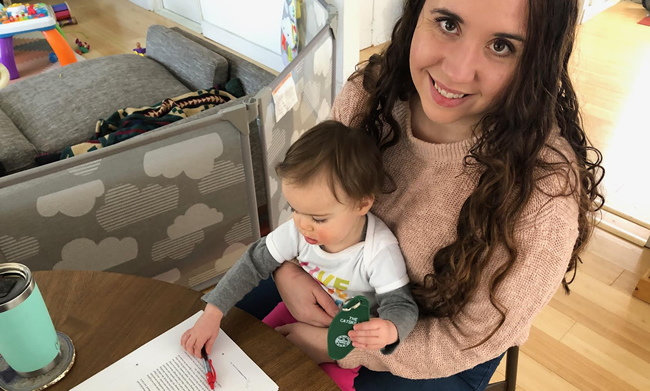 Konen works on edits for THE PERFECT ESCAPE with her tiniest co-editor.

Konen’s next novel is about a mother dealing with postpartum depression whose partner disappears when their baby is only six weeks old. “I’m so thrilled about my next book, which for now remains without a title but is all but finished in terms of the writing process. I started this novel in the middle of the pandemic shortly after I’d given birth to my daughter, Eleanor. In it, you’ll find all of the twists and turns of all of my thrillers but also a deep exploration of what it means to be a new mother and all the anxieties, hopes, fears, and hurts that entails. I really hope people enjoy it and that it can bring light to the issue of postpartum depression, as well as normalize the experiences of mothers and parents in the early days of raising a child.”