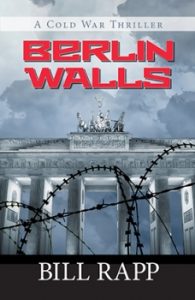 CIA officer Karl Baier must return to Berlin to exfiltrate a KGB defector just as the Wall is going up and the the world of Cold War espionage is about to change forever. At the same time, Baier’s German-born wife asks him to help smuggle her parents out of East Germany, creating a seemingly impossible task for the American officer.

I hope readers take away a sense of how great an impact the building of the Wall had on the people of Berlin and Germany, as well as the global crisis it set off and the challenges it posed for the US role in Europe and the world. This story explores that crisis within the personal dimension of the protagonist Karl Baier as he strives to overcome the challenges that arise for his family and American intelligence in this changing and dangerous environment. 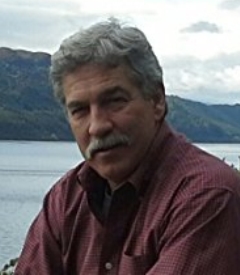 I am attracted to espionage fiction by my own career and experiences in the field and by a desire to give readers a more realistic appreciation of the work of intelligence and its role in supporting US foreign policy and national security.

The biggest opportunity was to explore another dimension of Berlin and German history, as well as the evolution of the post-war world. The biggest challenge was capturing the sense of crisis that arose during those heady and anxious days.

I was surprised by the difficulties the Kennedy Administration faced in responding to the crisis and the need and desire for better intelligence on just what the Soviets and their East German allies intended to do and how far they were willing to drive the crisis. They appeared to be working in the dark for much of the time.

One of things I try to challenge or overcome is the popular notion common in so much spy fiction that it is a world of gunplay and car chases. There are action scenes in this book, but it is much more a story of normal people rising to overcome tremendous obstacles and threats to themselves, their work, and their country.

One element of the story that will not be covered in any blurb or jacket cover is the unique relationship that the CIA officer Karl Baier develops with his KGB nemesis, Sergei Chernov. That relationship began in the first book of the series, Tears of Innocence, and continued to develop in the next two books as well. By the time Chernov seeks to defect in BERLIN WALLS, that relationship has become partly adversarial and partly cooperative. Baier’s challenge is determining which is which and when.

The author in this genre that I always refer to as my model is the late Charles McCarry, who combined a knowledge of the profession with a smooth and elaborate prose and wonderful characters. At the same time, I have found classical writers like Henry James, F. Scott Fitzgerald, Saul Bellow, and Raymond Chandler very influential in developing my own voice.

Bill Rapp began his professional life as an academic historian on modern Europe, but left for Washington and a career a little less sedentary. He spent the next 40 years working for the CIA as an analyst, diplomat, and senior executive. His current writing focus is on his Cold War Thriller series, in which BERLIN WALLS is the fourth book. That novel is set to appear on the anniversary of the fall of the Berlin Wall, which he experienced first-hand during his assignment in the city.