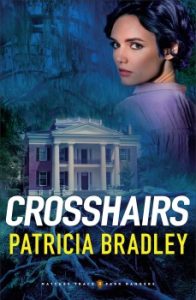 Investigative Services Branch (ISB) ranger Ainsley Beaumont arrives in her hometown of Natchez, Mississippi, to investigate the murder of a three-month-pregnant teenager. While she wishes the visit was under better circumstances, she never imagined that she would become the killer’s next target–nor that she’d have to work alongside an old flame.
After he almost killed a child, former FBI sniper Lincoln Steele couldn’t bring himself to fire a gun, which had deadly and unforeseen consequences for his best friend. Crushed beneath a load of guilt, Linc is working at Melrose Estate as an interpretive ranger. But as danger closes in on Ainsley during her murder investigation, Linc will have to find the courage to protect her. The only question is, will it be too little, too late?

First of all, I hope they enjoy the book, and it keeps them up at night reading just one more chapter. And I hope they will be drawn to my characters, rooting for them to solve their problems. And they do have problems. 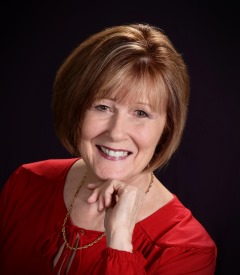 That’s hard to say, and I’m not sure any author knows the answer. I write romantic suspense, and while I’ve done my best to make the story full of suspense with a twist of romance, I really don’t know if I’ve accomplished that until I see the reviews. Believe me, reviewers will tell the author if she hasn’t made a contribution to the genre.

Yes. My heroine, Ainsley Beaumont quit talking to me. I hate it when a character does that because I have to backtrack and see where I made her do something she didn’t want to do.

When I mention that to readers, some don’t understand. They’ll look at me like I’m crazy and say, “But you’re the author. The characters have to do what you want them to do.” Not. At least not my characters. They have a mind of their own, and they want to stay true to who they believe their character is.

From that night forward, I spent the nights I couldn’t sleep making up stories about his life. It wasn’t long before I wanted to put them down on paper, which meant typing on an old Hermes typewriter. And it wasn’t a book that influenced me at first, it was Writers Digest Magazine. Back then, Lawrence Block wrote a fiction column, and I devoured that column each month. That was my first start to writing.

Years later I attended writers retreats with Susan May Warren and learned how to show instead of tell, create three-dimensional characters, including the villain, and so much more. Larry Brooks and James Scott Bell introduced me to plot and structure. I think the writing community is very giving.

Patricia Bradley is the author of Standoff and Obsession, as well as the Memphis Cold Case novels and Logan Point series. Bradley won an Inspirational Reader’s Choice Award in Romantic Suspense, a Daphne du Maurier Award, and a Touched by Love Award; she was a Carol Award finalist; and three of her books were included in anthologies that debuted on the USA Today bestseller list. She is cofounder of Aiming for Healthy Families, Inc., and she is a member of American Christian Fiction Writers and Romance Writers of America. Bradley makes her home in Mississippi.