The Fragility of Democracy 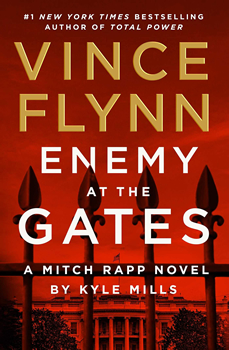 Fictional CIA operative Mitch Rapp and author Kyle Mills have a lot in common, aside from their new novel, ENEMY AT THE GATES. Both the bestselling author and the novel’s hero are evolving with the times to face a changing world.

In ENEMY AT THE GATES, Rapp is tasked with defending the world’s first trillionaire, part of a trap to draw out a mole at the highest levels of the US government with access to seemingly unlimited secrets.

Mills’s career was inspired by his FBI agent father, a former Interpol director. These days, his contacts in the intelligence community help keep his novels thrilling and realistic as tradecraft, technology, and threats continually shift.

In this exclusive interview with The Big Thrill, Mills talks more about the evolution of the thriller, his career, and what lies ahead for his protagonist.

How do you think thrillers have changed since you started out, and where do you see the genre going in the next 10 years?

I’ve seen political thrillers go from the Cold War era of writers like Ludlum and Clancy to stories of Islamic terror dominated by authors like Vince.

What we’re experiencing now is something completely different. 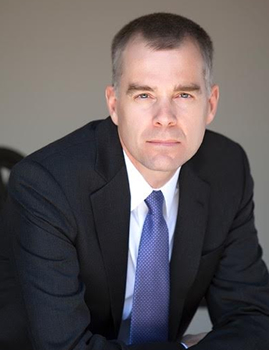 I’ve always said that conflict is good for thriller writers, but chaos isn’t. The industrialized world has managed to subdue (if not completely slay) many of its dragons—famine, disease, war, etc. The golden age many people thought these triumphs would usher in hasn’t materialized, though. To the contrary, it seems like humans need conflict to give us identity and purpose. In the absence of real strife, we find ourselves compelled to fabricate it.

That’s created a landscape in which most damage is self-inflicted—sometimes in ways that are, frankly, too silly to use in a novel. It’s disconcerting how often I come up with a concept and then have to discard it because I’m afraid it would feel like satire.

To me that’s the challenge of the next 10 years. To create storylines with sufficient gravitas in a world where a significant percentage of the population would rather take horse dewormer than a vaccine.

Did you have to rewrite or change course as the events changed so fast from the election to the Jan. 6 insurrection?

Unfortunately, yes. ENEMY AT THE GATES was meant to be the first installment in a trilogy about the fall of American democracy. As I was finishing the first draft, though, the Capitol insurrection happened, and there was a lot of talk about voter fraud.

In the end, it felt like I was cutting a little too close to the bone, and I deleted probably 10 or so chapters to reshape the narrative. After the Capitol insurrection and all the talk of election fraud, it felt like history had gotten ahead of me.

“I really like to explore medieval villages,” says Mills. “We found Rupit on a drive through Catalonia, not too far from Barcelona. It’s fun to imagine what these structures were like a few centuries ago when they were new. It always inspires me to write a historical novel, but then I come to my senses.”

Plato feared stories as the most powerful form of persuasion. Do you think novels like this can serve as a counterweight to the flood of political misinformation and propaganda today?

I’d like to think so, but probably not. Novels are designed first to entertain and only secondarily to inform. Social media, the 24-hour news cycle, and the political class are built from the ground up to influence and blind. It’s hard to compete.

I spent a lot of time thinking about the nature of freedom and democracy while writing this book. What I came away with was that both are much more fragile than people think.

“After the strange pandemic year, I was lucky to be able to return to Spain shortly after getting vaccinated,” says Mills. “With various COVID restrictions still in place, it was a rare opportunity to experience Spain without the normal crush of tourists.”

How different is it to write a novel where the villains are from within? This sort of story feels far more dangerous, with higher stakes and a tougher path to victory compared to blowing up the bad guy, 007-style, before kissing the girl and flying home.

It’s both very different and very hard. This is a strange time to be a thriller writer in that the threats to America are complex, multifaceted, and sometimes not as black and white as they have been in the past. More and more, one person’s hero is another person’s villain.

If I were writing my own book, I might face that head on, but I’m not sure those would be the right themes for the Rapp series. I’m constantly wondering, “What would Vince do with the world we live in today?” ENEMY AT THE GATES goes to the line of what I think he’d be willing to explore without crossing.