The FBI’s ‘Warrior Girl’ Takes on a Monster 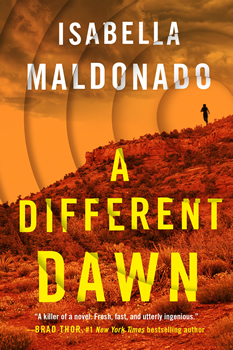 “The story I wanted to tell is about amazing resilience in the face of adversity,” Isabella Maldonado says of her Special Agent Nina Guerrera FBI series.

A DIFFERENT DAWN is the second adventure for Nina. The first, The Cipher, has already been adapted for Netflix and will star none other than Jennifer Lopez. Maldonado is thrilled. “I saw JLo perform at Planet Hollywood in Las Vegas in 2018.”

In A DIFFERENT DAWN, the Phoenix police call upon Nina and her team to investigate the deaths of a young family—father, mother, and infant daughter. The case seems suspiciously similar to two other triple murders spaced four years apart in two other cities. Nina’s supervisor calls this case one of  “the most disturbing ones I’ve seen.” Little does Nina know just how disturbing this case will become—and she will be right at the center of it, with ties to her own tragic past.

New York Times #1 bestselling author Brad Thor calls A DIFFERENT DAWN “a killer of a novel. Fresh, fast, and utterly ingenious.” Publisher’s Weekly calls Maldonado “a crime writer to watch.” With praise like that, we simply had to find out more.

Maldonado certainly has the creds to write this story. She was the first Latina to attain the rank of captain in her East Coast police department. After two decades of service, all the while making careful observations about her cases, she retired as the commander of special investigations and forensics, moved to Arizona, and started writing tales drawn from aspects of her own experiences. Her law enforcement background brings a particularly realistic edge to her writing. 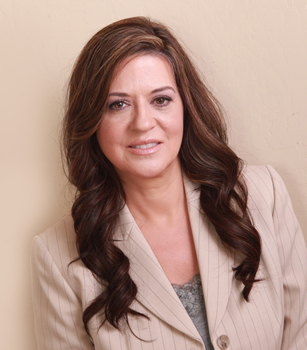 The craft of fiction turned out to be “the antithesis of police writing,” she says, so she joined Sisters in Crime and began attending as many writers’ conferences as she could to learn as much as she could. Her first manuscript starred police detective Veranda Cruz. She pitched the manuscript to an acquiring editor at the Sisters in Crime Desert Sleuths annual writers’ conference.

“I was thrilled when she asked for a full manuscript, then a couple of months later I was offered a three-book deal. I had no agent at that point but made up my mind to get one even though the cart was about a mile in front of the horse,” Maldonado says. “The first book in the Cruz series, Blood’s Echo, had already been published when I went to ThrillerFest and met agent Liza Fleissig during PitchFest. Turned out to be wonderful timing, because the first publisher closed down right after the third book in that series was released. Liza pitched my brand-new Nina Guerrera series to Thomas & Mercer, and they offered a two-book deal. I would say my first experience was unconventional, but the second was more traditional. The common circumstance is that—in both cases—I attended a writers’ conference and worked up the nerve to put myself out there to make things happen.”

So how are the two series different? 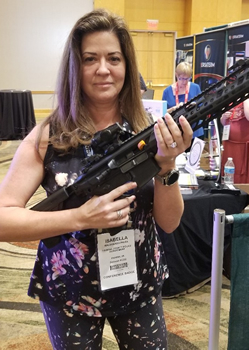 “Despite the fact that they are both Latina law enforcement officers, Detective Cruz is the opposite of Agent Guerrera in many ways,” she says. “Cruz grew up in a large, loving, boisterous, sometimes interfering ethnic family, while Nina grew up without any family at all. Those differences shaped their personalities and the way they approach their investigations, but they both have a stubborn streak a mile wide.”

While her experiences helped shape her stories, her characters “come strictly from my imagination . . . Nina in particular calls to mind many people I’ve run across who were crime victims. Some of them never recovered from the trauma they suffered, while others transmuted their pain into action, becoming champions and protectors of others,” she says.

Readers respond viscerally to Nina, Maldonado adds. “I believe she embodies the hope that we can overcome adversity and trauma.”

For Maldonado, the most fun aspect of writing this story was also the most challenging. “I was brainstorming for ideas when a thought popped into my head: What if a serial killer struck only on leap day? The notion electrified me, and I began to put the plot together. The challenge was obvious: Why hasn’t this guy been caught if the police always know when and where he’ll strike? The answer to that dilemma made the case much more sinister—and fun—to write!” 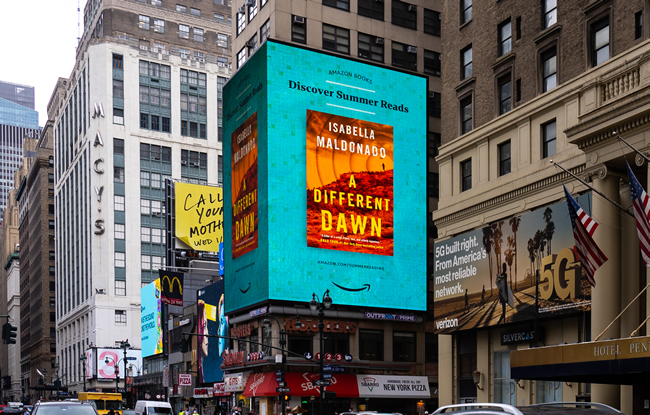 Before she starts to write, Maldonado develops a few major plot points “like way stations along the road, because I meander all over the place getting to my destination.”

Her background helps with the research. “I have access to experts and professionals that might be leery of speaking to someone outside of law enforcement. In A DIFFERENT DAWN, I wanted the killer to use night vision at a point early in the story. Fortunately, I was able to contact a friend who is on a police SWAT team to make sure the technology I described was up to date. He described how the gear worked, put it on me, and let me try it out for myself. Made all the difference when I described the scene.”

Maldonado says the opening and closing scenes stand out the most for her in this book. “The first scene flashes back to Nina’s childhood, showing not only Nina’s toughness but the creepy folk tale that provides the backdrop for a truly monstrous killer. I can’t say much about the final scene without major spoilers—but many reviewers have commented that they are in tears at the end. Good tears.” 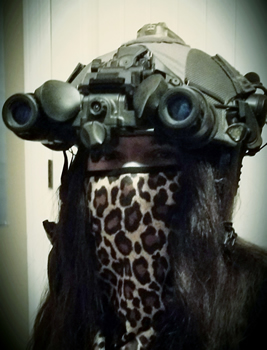 Maldonado tries out night vision equipment loaned to her by a police SWAT friend who helped make sure she got plot details correct in A DIFFERENT DAWN.

In between, twists and surprises cascade in electrifying progression. To create them, Maldonado asks herself “how either my protagonist or antagonist could solve a problem that arises. For example, the FBI is a premier law enforcement organization. I put myself in the agents’ shoes and ask questions they would ask as they discover new facts. At each point, I have to make sure they’re not overlooking an obvious solution to the case that would bring about a quick end to the investigation in chapter two. That forces me to come up with new information (the best ones surprise me as well) to explain how they can’t solve the case so quickly. I also love to paint my main character into a corner and help her puzzle her way out.”

Next for Maldonado is the third Nina Guerrera book, which will be published next June. “The Falcon will be a logical progression from the first two, especially for Nina personally. The character arc is steep, taking her from someone who has been forced to fight for herself because everyone else has let her down to someone who learns to open her heart. Each book examines a different aspect of that journey as she heals. The serial killers she investigates force her to realize things about herself she would rather keep behind her carefully constructed walls.”