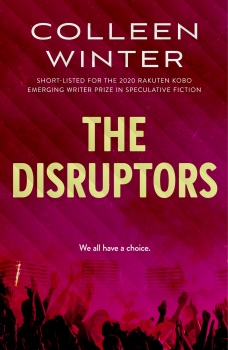 Maria Kowalski made a promise to do what Storm Freeman, the inventor of the Gatherer, couldn’t: destroy the device that brought an energy revolution to the world and stop it from spreading a plague across the globe.

But not everyone wants the Gatherer stopped. The military, and the commander she once answered to, are experimenting on the Gatherer to turn it into something larger and more dangerous than it was ever intended.

In a race where she will have to choose who to trust and betray those she once stood beside, she sets out to destroy the Gatherer before it has a chance to destroy them all.

Collen Winter recently spent some time with The Big Thrill discussing her latest thriller, THE DISRUPTORS:

I’d like readers to see the world in a different way, and to understand better our connection with energy and how everything we do affects the balance of energy on the earth.

I’d also like readers to consider how far they would go to fix what they had done. We all make mistakes, but how many of us have made a mistake that could destroy the world as we know it? How far would you go to fix it? This is what the characters in the book face, and I like the conflict and struggle of taking responsibility for our mistakes. 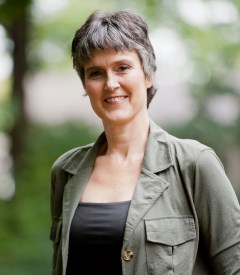 I like books that make you think and see the world in a different way. Science fiction thrillers are the perfect way to explore new ideas and the possibilities of the future at the same time as we get a gripping read. I particularly like near-future thrillers where the storyline is just a small shift away from our current world. There are so many situations that could have resulted in different outcomes if only a small thing had been different, or if humanity had stumbled on some knowledge or awareness sooner. I love seeing where our curiosity and imagination can take us.

One of the biggest surprises was what happens to the Gatherer in this second book of the series. It starts out as an energy-providing device but is ultimately transformed into a weapon. As with so many things that humans create, we aren’t aware of the dangers of what we are creating, and there is a more dangerous and invisible force developing as the Gatherer is exploited. It isn’t that far off what we have done as a society and the detrimental effects of the technologies that we create to feed our endless need for energy.

THE DISRUPTORS is a continuation of the story of Storm and Maria that started with The Gatherer. It can be read as a stand-alone, but in the end, it is the story of these two strong women as they continue to battle the government and try to destroy the device and the disease that they unleashed on the world.

Matt Haig is one of the authors who inspires me to be a better writer. He is able to tell stories that combine science fiction and a heavy dose of philosophy. I am fascinated by how he is able to reflect on who we are as a species at the same time as he tells compelling stories.

Blake Crouch is another author who continues to astound me with the complexity of his plots and his ability to write an extremely compelling story that embodies an exceptionally complex scientific concept. His story Sunset Key is the most gripping story I have ever read.

Colleen Winter likes to explore. Books, ideas, beautiful places, and people’s minds. There is nothing more fascinating than why people choose to do what they do.