The Word ‘Scheming’ Takes on a Deadly Meaning 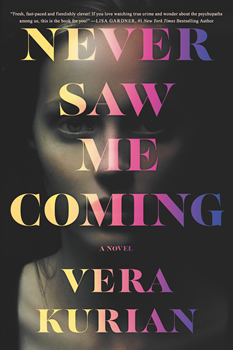 “October 23. Will Bachman has sixty days to live.”

Will is one of freshman Chloe Sevre’s reasons for attending college at John Adams University. The other is that she’ll participate in a psychology study for psychopaths. And yes, she is one, even though her IQ is five points short of genius.

In her debut novel NEVER SAW ME COMING, author and scientist Vera Kurian sets the stage for what might happen to a group of psychopaths swept into a murder investigation that might involve one of them. Being a psychologist, Kurian was the perfect person to write this novel, taking inspiration from her own college experiences.

“The inspiration came from two separate streams. I had a sudden idea in my head: What if there was an entire school filled with psychopaths? Like a special school that was trying to help them? Then I realized that was too many and cut it down to just a handful—a clinical panel study for undergraduates, with each not knowing who the others are.

“Also, as a regular thriller consumer, I was tired of books featuring hapless female main characters, ones who never asked basic follow-up questions or always reacted to someone else’s more interesting decisions. I wanted to write about a young woman in a college setting who would stop at nothing to get what she wants, getting the reader to root for her even though she would normally be unlikeable. I also wanted my sense of humor to shine through; besides cozies, we don’t see that too often in mysteries. 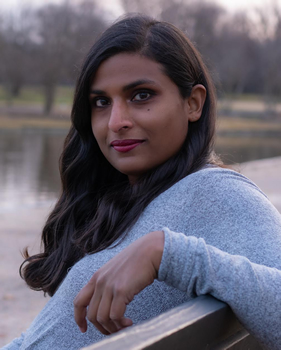 “In graduate school, I loved being part of the psychology department—discussing studies and running them—and the intellectual environment. While the actual panel study of psychopaths in the book is fictitious, I wanted it to feel real based on my experience.

“My scientific background also helped me comprehend research materials that are not intended for mass audiences. I wanted to depict psychopathy accurately, and for each psychopath to be wholly different.”

In the story, the seven participants in the Multimethod Psychopathy Panel Study all get a free ride to John Adams. Chloe considers them “the bizarre elite,” part of the two to three percent of the population who are psychopaths. Dr. Wyman, the director of the study, assures them it’s not illegal to be a psychopath, and not every one of them is dangerous (although Chloe knows she is).

Will Bachman is from Chloe’s hometown. He and a friend raped her when she was 12. The day it happened, she didn’t go to the police or her mom. For six years, she obsessed over their video of the attack, and she knew that one day, she would kill Will. And that day will be October 23. 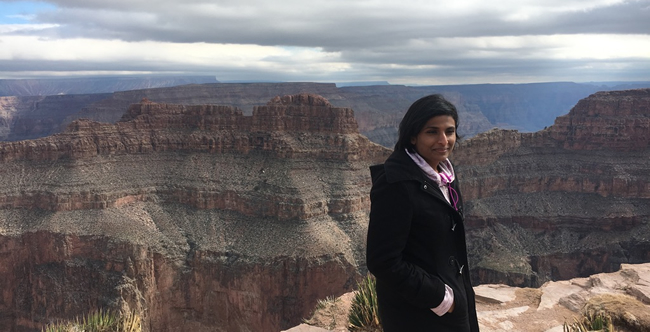 Dr. Wyman gave each panel participant a smartwatch to log their moods and feelings throughout the day. As Chloe surveils Will, visiting his fraternity house under false pretenses, she meets a charismatic member whom she notices wears a watch just like hers. Charles Portmont is handsome and rich. And a psychopath.

Andre Jensen is a true-crime junkie who accidentally applied for the psychopathy panel study. Pretending to be a psychopath by lying on the questionnaire, he’s shocked to be accepted into the program. But with a free ride to college, he can’t back out. He’ll just have to pretend. When someone attacks a panel member in the next room, Andre knows he’s gotten into more than he bargained for. 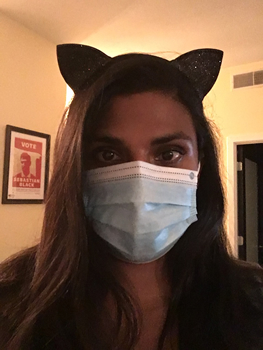 As Chloe continues to pursue Will and plans the perfect murder, she, Charles, and Andre reluctantly team up to investigate who’s murdering their fellow psychopaths. And each wonder if they’ll be next.

Kurian brings realism to her story by using her knowledge of the psychopathic mind.

“I’ve known people with psychopathic traits,” she says. “Despite my background, it took me years to realize this. With one, we kept having conversations, these playful arguments about this person’s questionable behavior, which was selfish and hurtful to other people. After many repeated instances, I realized the person wasn’t capable of understanding the perspective of the people they’d hurt—they weren’t interested in how others felt.

“With another person, I’d spent years putting up with their selfish behavior, emotional manipulation, and parasitic lifestyle, and knew I had to end our relationship.”

A looming question created by the story is whether psychological professionals can train psychopaths to compensate for their lack of empathy and emotional detachment. According to Kurian, some research indicates this is possible. 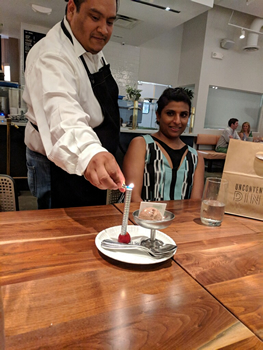 Kurian displays healthy skepticism in the face of a birthday surprise.

“My initial inspiration for NEVER SAW ME COMING came from reading about the San Marcos Treatment Center and the Mendota Juvenile Treatment Center, both places that work with difficult juvenile populations and have shown interesting results in studies of youth with psychopathic traits.

“Because psychopaths don’t feel fear the same way non-psychopaths do, constant threats of punishment don’t work on them. These treatment centers, much like the behavior modification described in the book, work by appealing to the individuals’ desire to have a particular reward instead of punishment—helping them develop a cognitive moral conscience rather than relying on the squishy sense of conscience that we incorrectly assume everyone is born with.”

Even with the important subject matter, Kurian wants readers to have fun with the story.

“The greatest compliment I received about this book was that—even with its serious issues—my story took readers away from the pandemic world we’re living in,” she says. “During COVID isolation, I turned to books, TV, and movies that pulled me into another world where it was fun to spend time.” 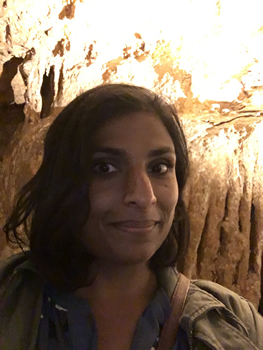 Kurian spelunks in Luray, Virginia, home to the largest caverns in the eastern US.

As an author, Kurian wants other writers to know that persistence pays off.

“Keep at it. It’s easy to look at other people’s book deals and think, They must be really lucky or They must know somebody, and that is usually untrue,” she says. “I wasn’t lucky—you just haven’t seen all my other novels that didn’t make it, the hundreds of rejections from agents and literary magazines, and the multiple failed attempts to get into conferences. I didn’t have a friend who introduced me to their agent; I did it the hard way, through the slush pile.”

Kurian shares that, besides writing, she watches her share of television.

“I probably watch more TV than the average writer. People who denounce it don’t understand how critical TV is to actively participate in intelligent conversations about current culture. I’m an ardent, yet troubled, fan of The Bachelor franchise and have spent an embarrassing amount of time this week binge-watching Love Island and Fboy Island.”