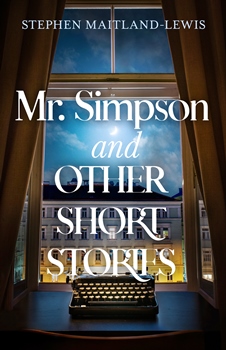 This is the first collection of short stories by award-winning author Stephen Maitland-Lewis. Filled with international intrigue, suspense, mystery, and exotic adventures, escapades take readers to international locales such as Geneva, Paris, Munich, and the French Riviera. The collection’s characters include a fugitive from justice, a frustrated musician, an unscrupulous NYC art dealer, an impoverished banker, and a British schoolboy in Palm Springs via New Zealand. The anthology also chronicles amorous encounters, family greed, and a mysterious tattoo parlor, among many other stories.

Stephen Maitland-Lewis recently spent some time with The Big Thrill discussing his first anthology: MR. SIMPSON AND OTHER SHORT STORIES:

A further curiosity about the stories. 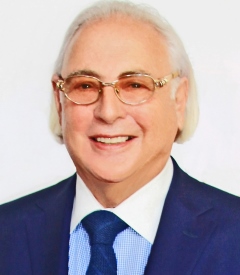 How much I enjoyed the re-writes and revisions.

Ernest Hemingway: A great economy of words and character.

Philip Roth: It is obvious each sentence is painstakingly crafted.

O’Henry: His ability to manifest a ‘mood’ and an emotion in his characters.

I enjoy reading short stories, so the challenge was to write a collection of them myself.

The old adage “write what you know.” One of my short stories involves a sheep farm in New Zealand. I know nothing about sheep, agriculture, or New Zealand, but I enjoyed the research.

Eliminating unnecessary verbiage and subplots that slowed down the pace.

Q: How do you deal with rejections and editors?

A: With the greatest of difficulty but ultimately resignation.

If your book is an anthology, what was the most important criteria in your selection process?

Stephen Maitland-Lewis is an award-winning author, a British attorney, and a former international investment banker. He has held senior executive positions in London, Kuwait, Paris, Munich, and on Wall Street prior to moving to California in 1991. He has owned a luxury hotel and a world-renowned restaurant and was also director of marketing of a Los Angeles daily newspaper.

Maitland-Lewis is a jazz aficionado and a board trustee of the Louis Armstrong House Museum in New York. In 2014, he received the museum’s prestigious Louie Award. A member of PEN, the Palm Springs Writer’s Guild, and the Author’s Guild, Maitland-Lewis is also on the Executive Committee of the International Mystery Writers Festival. In addition, he is on the Advisory Board of the California Jazz Foundation and is a former Board member. He has published short stories in various magazines, and MR. SIMPSON AND OTHER SHORT STORIES is Maitland-Lewis’ first collection of short stories.

His novels have received numerous accolades, and his most recent suspense thriller is Duped. His other novels include Hero on Three Continents; Emeralds Never Fade, which won the 2012 Benjamin Franklin Award for Historical Fiction and the 2011 Written Arts Award for Best Fiction; Ambition, which was a 2013 USA Best Book Awards finalist and won first place for General Fiction in the 2013 Rebecca’s Reads Choice Awards; and Botticelli’s Bastard, a 2014 USA Best Book Awards finalist in three categories and winner of the Bronze Award in Best Regional Fiction (Europe) at the 2015 Independent Publisher Book Awards. Maitland-Lewis’ short story, “Mr. Simpson,” has recently been developed as a play and has been performed by noted theatre companies in Miami, New Orleans, and Beverly Hills. In January of 2016, Maitland-Lewis was sworn in as a Freeman of the City of London and admitted as a Liveryman of the Worshipful Company of City Solicitors. In April of 2016, he became a Fellow of The Royal Geographical Society (FRGS). He divides his time between Beverly Hills, CA and New Orleans, LA.