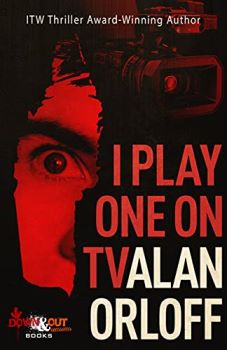 All’s great for sixteen-year-old actor Dalton Black as he portrays a teen killer on a crime reenactment show. That is, until he realizes someone is stalking him. When that someone turns out to be Homer Lee Varney, the man convicted of the murder, things take a dark turn, and Dalton is afraid for his life. What does Varney want? Some sort of twisted revenge? Or something even worse?

Can Dalton and his drama friends discover the truth before they become the killer’s next victims? Stay tuned to find out!

Alan Orloff recently spent some time with The Big Thrill discussing his latest thriller, I PLAY ONE ON TV:

As with all my books, I aim to be entertaining. I’d like readers to identify with the struggles of the main character, in this case, a budding actor whose mother would like to see him pursue a more stable profession. I want to take readers on a thrilling ride as the hero gets tested, and fails, and succeeds, and fails again, just as he’s reaching his goals. Finally, I hope readers will share in the sense of joy/accomplishment/relief as the hero vanquishes the villain. Because in my books, good always defeats evil. 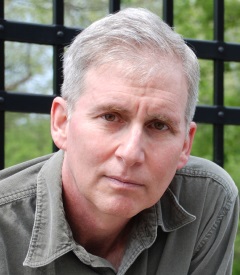 The biggest challenge was getting the YA tone just right. I raised two YAs, so I had a front-row seat, but I’m no longer in that demographic myself, alas. I had plenty of editorial help to make sure I nailed it.

As a teen, I read a lot. And the books I read weren’t the classics from English class (unless CliffsNotes versions count). I read a lot of Stephen King and Dean Koontz and Robert Heinlein. You know, authors and books that made your heart pound. So it was very nice to be able to write a heart-pounding book featuring a protagonist the same age I was when I read those books. In some weird way, I think it made the whole thing more personal and more rewarding.

Alan Orloff’s novel Pray for the Innocent won an ITW Thriller Award for Best E-book Original (2019), and his short story “Rent Due” was also a Thriller Award finalist this year. His debut mystery, Diamonds for the Dead, was an Agatha Award finalist; his story “Dying in Dokesville” won a Derringer Award; his novel I Know Where You Sleep was a Shamus Award finalist; and “Rule Number One” was selected for The Best American Mystery Stories. He loves cake and arugula, but not together. Never together.

To learn more about the author and his work please visit his website.