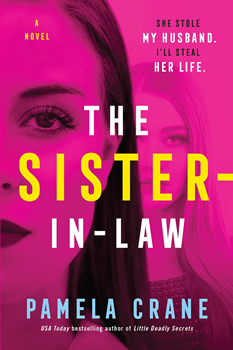 Ask 100 authors how their writing journey began, and most will mention a family of storytellers, a loved one who fostered a love of books, or a teacher who saw and encouraged a spark. Pamela Crane’s began with a psychopathic stalker.

“Eerie letters. Death threats,” she says. “Hundreds of pictures of me taped to the wall of his one-room apartment with only a mattress in the corner. (I don’t want to know what he did on that mattress.) After a horrifying experience involving the cops and changing states to avoid my pursuer, I decided to start writing as a form of therapy. After all, I had won a writing contest—and wrote my very first mystery featuring Detective Rabbit—when I was ten years old and had loved playing with words ever since. After my first published book, The Admirer’s Secret, helped heal the trauma, I was hooked and tapped into that writing urge to keep pumping out books.”

You might say she didn’t choose crime fiction so much as it chose her.

Of course, writing a good crime novel requires research. Not one to do anything halfway, Crane joined the police academy simply to learn police procedures. She says, “I did ride-alongs, almost got shot at during a police chase, watched bombs detonate, fell in love (with one of the K9s), hit a bullseye during target practice, assisted in fingerprint recovery, studied ballistics, and made the detectives regret ever letting me join after all my millions of questions about homicide and crime scene recovery. But hey, at least they still take my phone calls!” 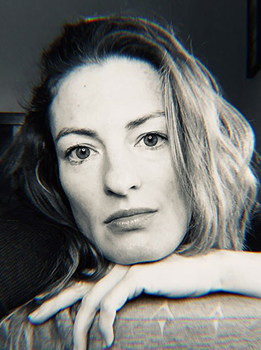 Her latest novel, THE SISTER-IN-LAW, is a psychological thriller inspired by a joke from her own visiting sister-in-law: Houseguests are like fish. They’re only good for about three days. The Benjamin Franklin paraphrase led Crane to think about a situation where a live-in houseguest clashes with her host. “But of course there had to be murder,” she says, “or else what fun would it be to read? Then emerged my first character, based on a personal hardship that shaped me. From that seed grew three characters, a mystery surrounding a husband’s suspicious death, and what happens when family tensions rise within one home.”

The book is written from the points of view of Harper, a mother of two, whose husband was recently murdered; her brother, Lane; and Lane’s new wife, Candace. The conflicts and connections between these characters create a web of secrets, lies, and tension that hold the reader captive.

Asked how she creates empathy for these flawed characters, Crane says, “When a book involves a killer, every character is a suspect. In the case of THE SISTER-IN-LAW, my cast is intentionally unlikeable, because what genuinely kind, relatable person could commit murder? Only a well-seasoned sociopath, I assume, and my characters aren’t sociopaths. They’re women who have suffered great loss, who have endured hardships that change them. Harper has lost a husband and carries the burden of guilt for something terrible that happened, which hardens her heart against everyone who is happy. Who wants to see everyone else’s joy when your life is constant pain? Candace is escaping an abusive ex and a haunting secret and seeks asylum with her newfound love, Lane (who is Harper’s brother). But anyone who has been in an abusive relationship would understand that it cuts pieces out of you, which makes Candace equally flawed. Put two damaged women in a house together, and you’re going to see some…well, damage. On top of the damage control is Lane, a likable guy who is always mediating and playing hero. But even Lane has his limits. Their painful experiences create empathy, but not so much that we can trust anyone when one of them could be a killer… (insert evil laughter here).” 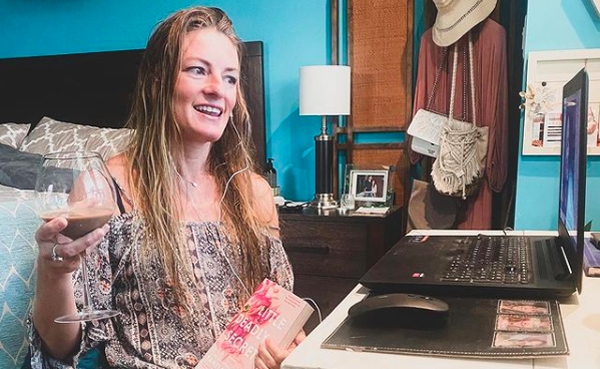 THE SISTER-IN-LAW is a master class in getting deeply into the characters’ minds. Asked her secret for creating such an intimate point of view, Crane says, “I’m an empath. I’m the type of person who sees someone get hurt and my body physically reacts in pain to their pain. I hear a sad story and I’ll cry for hours over it. I feel everything. It’s also what attracts me to people with all kinds of disturbing backgrounds and experiences, because somehow, they sense that I ‘understand’ them and their pain. This is how I live, and it’s how I write. Give me your pain and your sad story, and I’ll feel every ounce of it with you and feed off of it.”

Crane’s life is an exercise in juggling. Along with running a horse rescue—“where we own the world’s most incorrigible mini-pony”—she has to feed her own four horses, three dogs, two cats, and flock of ducks and chickens, then scramble to occupy her four children so she can hide in her office and work. 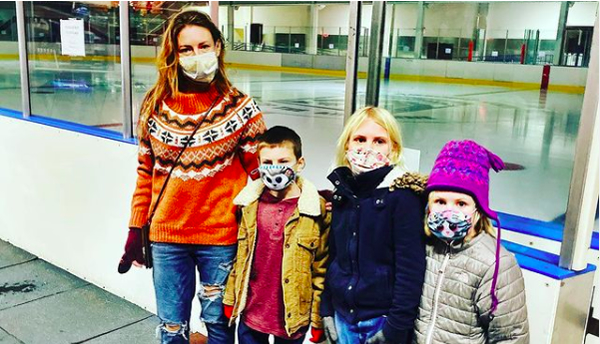 “I’m interrupted only about a dozen times per hour,” she says, “so you can imagine how honed my multitasking skills are. If I’m on a deadline, I hide out in our ramshackle 1976 RV that looks just like Cousin Eddie’s from National Lampoon’s Christmas Vacation. The broken AC and leaky roof are a big motivator to get words on the page as quickly as possible.”

Asked if she has any productivity tips to share with other writers, Crane says, “Tip 1, don’t have kids. If it’s too late for you, then move on to Tip 2. Productivity is something I was forced to master after kid number four arrived. You can’t be a writer with little ones if you don’t have secret fail-proof techniques. When I first plot a book, I write my synopsis. A few paragraphs telling the story. Then I write a chapter-by-chapter outline. This may change a dozen times during the writing process, but it forces me to get the skeleton down. This is how I prevent writer’s block. I paste the chapter summary I’m working on into my manuscript, then I make myself write. It could be garbage today, but eventually I’ll flesh it out and edit it and polish it. As long as there are words on a page, it’s progress.” 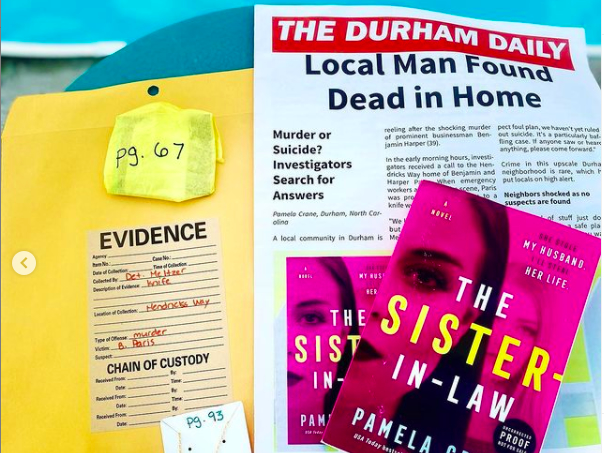 To promote THE SISTER-IN-LAW, Crane put together ARC packages that included a signed copy of the book, a newspaper she made, jewelry that ties into the story, and other items connected to the book’s mystery.

To aspiring authors, she says, “Publishing today is unlike any other time in history. If you can dream it, and you’re willing to do the work, ‘you can do it!’ (One of Rob Schneider’s best quotes ever.) Don’t let excuses like having a herd of kids hold you back (been there, done that). Not enough time in the day? Make the sacrifice to make the time. (Who really needs sleep anyway?) Read the bestsellers in your genre in order to learn to write a bestseller. I’ve got loads of cliches I could offer you, but if you want to be a writer—nay, an author—then it’s going to take as much as it gives.”

Crane walks the walk, too. Asked if she’s working on a new thriller, she says, “Always. Writing is how I keep sane from mom life, so I need my daily dose. Next up is A Slow Ruin, a mystery that takes place on two timelines—1910, when a suffragette wife and new mother disappears suddenly from her home one night. On the same day 111 years later, her great-great-granddaughter vanishes in an eerily similar manner. As the mom—motherhood, a recurring theme in my books—searches for her missing daughter, she unravels clues to her family’s past and discovers a strange connection that links the two mysteries. Loosely based on my own family’s intriguing history, it became somewhat of a passion project for me.”