Motherly Love Can Be Deadly 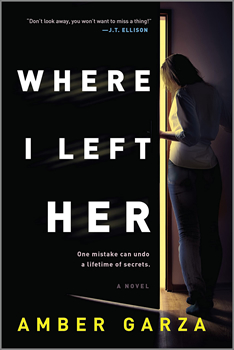 In her newest thriller, WHERE I LEFT HER, bestselling author Amber Garza once again takes readers into a mother’s worst nightmare.

Whitney Carter is a single mom who needs a brief break from motherhood. Her teen daughter, Amelia, constantly tests her patience. When Amelia asks to go to her new friend Lauren’s for a sleepover, overprotective Whitney uncharacteristically agrees. She’d normally insist on meeting the parents first, but Amelia has been challenging her authority. Not only is Whitney tired of constant battles, but she knows she has to give Amelia some independence. Whitney takes Amelia to Lauren’s house, following her daughter’s directions, barely registering the location, and drives off when Lauren answers the door and waves.

After her wonderful evening of peace, Whitney tries to contact Amelia about pickup but can’t reach her. She assumes her daughter let her phone die. After hours of trying to get in touch, Whitney returns to Lauren’s house and rings the bell. Her discomfort turns to agonizing worry when an elderly couple answers the door and tells her they don’t know her daughter or Amelia’s friend. 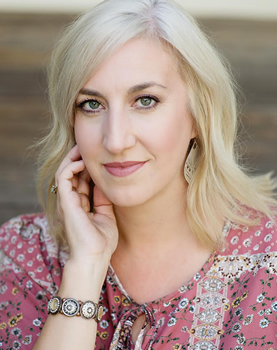 As Whitney tries to figure out where her daughter is, she discovers unsettling things about Amelia’s life that she hadn’t noticed before: pictures of her sitting on a bench with a boy, beer in hand; a break from Amelia’s best friend, Becca; and Amelia quitting the high school swim team without telling her.

As she investigates, it soon becomes clear to Whitney that Amelia’s new friend Lauren is not the harmless high school teen Amelia made her out to be. Lauren reminds Whitney of her own high school best friend, Millie. Whitney was lonely growing up and clung to her friend. She would have done anything for Millie. Anything.

As Whitney tries to put the puzzle pieces together, she’s horrified to discover that a secret surrounding Amelia’s birth—a grave mistake Whitney made she can never undo—is at the heart of Amelia’s disappearance. As Whitney knows all too well, “The dead can’t speak. They can’t give confessions. Share their version of events. No one but [she] knew what really happened that night.”

It unnerved Whitney to realize that, “I’d lived a lie for so long, I didn’t know how to live the truth.” 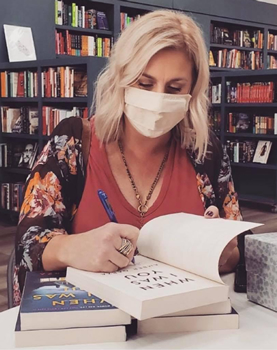 Whitney will find her daughter. But can she keep her 15-year-old secret buried?

Told from multiple perspectives and time periods—both before and after “drop-off”—Garza’s skill in terrifying mothers everywhere causes readers to ask: What if this happened to me?

Garza tells The Big Thrill that the inspiration for the story was a similar experience she had with her middle-school-aged daughter, Kayleen.

“I dropped her off at a friend’s house one night. I was familiar with the friend and her family and had been to the house before. But when I went to pick her up, an elderly woman I didn’t recognize answered the door and had no idea what I was talking about,” she says. “I was taken aback, but then I glanced around and realized I had legit gone to the wrong house. All the houses in that neighborhood were tract homes, and I’d turned one street too soon. My daughter was right where I left her, but the experience gave me a shiny new book idea.”

Garza shares that, like Whitney and probably most other mothers, there was an instance when she wasn’t as diligent in monitoring her kids as she should have been.

“When my son Eli was in seventh grade, my husband was in charge of taking the kids to school one morning so I could sleep in,” Garza says. “Because Kayleen’s school started before Eli’s, and he wasn’t ready in time, my husband left to take Kayleen and said he’d come back for Eli. But after they left, my son asked me if he could just walk (the school was right around the corner). I rolled over half-asleep and said, ‘Sure.’ But after Eli left, I regretted letting him go. We didn’t get our kids phones until they were in high school, so I had no way of tracking or getting ahold of him. 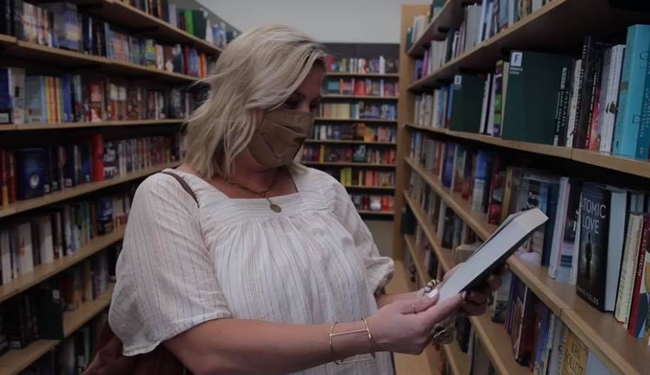 Garza sees her 2020 thriller When I Was You in a store for the first time.

“When my husband got back, he asked where Eli was, and I said I’d allowed him to walk. Then he said he hadn’t seen Eli when he was driving back from our daughter’s school, which was weird because they would’ve taken the same route. I panicked and called a couple of my friends who were doing drop-off with their kids, including the parent of my son’s best friend, asking if they’d seen Eli at the school. They hadn’t. I waited for school to start, then called the office, asking them to check Eli’s classroom. He was there, but mortified that I’d checked up on him. To most people, this story probably sounds silly, but I’ve always had an overactive imagination, and I’m a bit of a worrier.”

Garza has first-hand experience with teen apathy and rebellion. 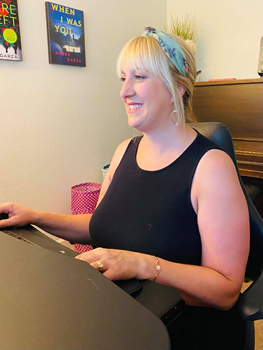 Garza writes in her home office in Folsom, Calif.

“I was a much more rebellious teen than my own kids were,” she says. “Great for me, not so great for my poor parents. But my kids had their moments. The bad attitude Amelia displays was something I took from my daughter. The stomping of feet and rolling of eyes were commonplace in our home for a few years. Both of my kids also constantly had earbuds in their ears, and that was annoying.”

How do mothers balance their tendency to worry and be overprotective with allowing their teens to experience independence? Garza wrote her own motherly anxiety into Whitney’s character.

“I don’t think I did the balancing act well,” she says. “I was always very overprotective when my kids were growing up. Having a super active imagination, being a listener of true crime and a reader of mysteries, all played a role in how I parented. My mind always goes to the worst-case scenario, and with my kids I made a lot of decisions based on that. I always tracked their phones, and I preferred them to have friends over to our house. I rarely allowed them to hang out with someone I didn’t know.

“I feel like a lot of Whitney’s overprotectiveness came from my own experience as a mom. I wasn’t as extreme as she is, but that’s probably thanks to my husband. He is the more practical of the two of us, and he helped me loosen the reins when need be.” 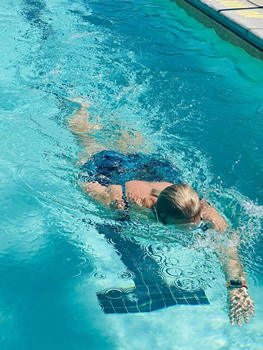 Garza swims laps at the gym.

“It’s human nature to want a friend who thinks you’re amazing,” she says. “We all need someone who sees the best in us. For Whitney, she didn’t get that from her parents, so she looked for it elsewhere. To find it with someone like Millie—someone she was so taken with—was icing on the cake. Her relationship with Millie started off as a friendship, but the more Whitney needed Millie, the more it became an obsession.”

Is there a message Garza would like readers to take away from the book?

“When I write, it’s purely for the sake of the story. I just want to entertain,” she says. “But often, without intention, there are recurring themes that show up in the text. When I think about this story, the theme within each of the characters is a loss of identity. It’s interesting because I’ve been on a journey of discovering who I am, and that must have come out in the characters. I feel like all of them—Millie, Whitney, Amelia, and even Lauren—were on that same journey of self-discovery. It’s so important to know who we are and to love ourselves completely.”

It’s clear that the collision of Garza’s real-life experiences with her overactive imagination is the perfect spark for her tangled tales of motherhood gone awry. Readers who love gut-wrenching psychological thrillers with a twist will be tethered to this novel until the end. Busy moms, go reserve your babysitters now.