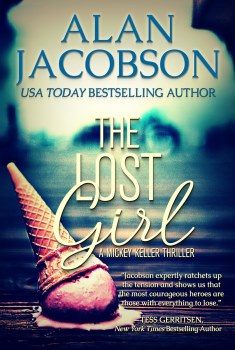 Amy Robbins suffers a tragedy no one should ever endure: the loss of her young daughter and husband in a deadly accident. Mired in a depressive fog, her successful career vanishes—followed by her life savings and the will to live. But while biding time in a dead-end job, she stumbles on something that upends everything—and lays bare a disturbing truth at the heart of a tragic lie. With fixer Mickey Keller attempting to take from Amy the last hope she has for a return to a normal life, her sister-in-law—FBI Agent Loren Ryder—squares off against Keller in a heart-pounding climax that will leave you wondering who are the good guys and who are the bad.

My plots take shape along with the characters; I don’t come up with an idea and then figure out what kind of characters to use. The plot and characters are interwoven with the idea. If I was tied to a whipping post and had to choose, I’d say the plot *might* come mere seconds before the characters. As to setting: setting plays a major role in most of my novels, serving as a character in itself. For my novel Dark Side of the Moon, the setting came first—the moon—because the story elements and characters emanated from what happened there during Apollo 17…and its present-day consequences. 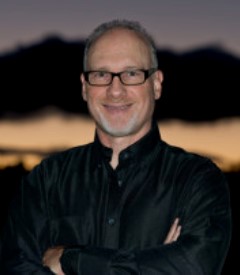 Biggest challenge was that it’s the first new series character I’ve written in twenty years. My series have filled my time (and canon) since my early career, so I had to get used to not having my family of characters (all of whom I love to write) in my corner. That also turned out to be a strong positive because it stressed me as a writer. In this case, I use “stress” to mean it forced me, as the creator, to think differently, to get inside someone else’s head. That’s always good for an author. Even with my series novels, I strive to stress my characters—and me—since that keeps me fresh.

As Tess Gerritsen said in her endorsement, the most courageous heroes are those with something to lose. That’s certainly the case with the two protagonists in THE LOST GIRL. Amy Robbins, a lost soul, and Mickey Keller, a fixer who dislikes his job and the things he’s forced to do in that role, both have to find their way while on opposite sides of the conflict. Without revealing any plot secrets, THE LOST GIRL hits on an emotional level in a number of aspects…it makes the reader think while she’s being entertained…and introduces several moral conflicts for which there may be no “right” answers. The reader must keep turning the pages to find out how everything is going to resolve, how the characters found their own answers.

The good guy vs. the bad guy. Sometimes it’s not a matter of one being good and the other being bad but a matter of someone being dealt a rotten hand and trying to make it right. In THE LOST GIRL, both opposing characters can make that claim. They’re both doing the right thing—and yet both are wrong. To see how that’s possible, read THE LOST GIRL!

I worked closely with the FBI’s San Francisco field division and Oakland resident agency on THE LOST GIRL, including the special agent in charge—who used to work in the child crime unit at the Behavioral Analysis Unit. I knew him from a Napa Valley book signing for Crush (the second novel in my FBI profiler Karen Vail series). I also worked with the Bureau’s foremost child crimes expert, who was promoted to the FBI Academy during the time I was working with her on THE LOST GIRL.

Alan Jacobson is the award-winning, USA Today bestselling author of fourteen thrillers, including the FBI profiler Karen Vail series and the OPSIG Team Black covert ops novels. His books have been translated internationally, and several have been optioned by Hollywood. Jacobson’s debut novel, False Accusations, was adapted to film by acclaimed Czech screenwriter Jirí Hubac.

Jacobson has spent over twenty-five years working with the FBI’s Behavioral Analysis Unit, the DEA, the US Marshals Service, SWAT, the NYPD, Scotland Yard, local law enforcement, and the US military. This research and the breadth of his contacts help bring depth and realism to his characters and stories.