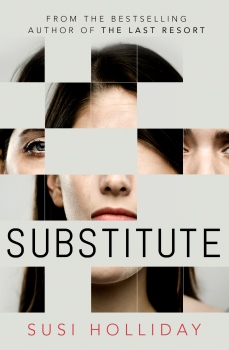 When a man turns up at Chrissie’s door offering her entry into a secret program that will ensure that she never has to experience grief again, she is skeptical. But when her daughter has a terrifying accident, she decides to enter the program to protect her loved ones. But things take a dark turn when she realises that her actions have consequences that she could never have imagined.

Plot! I had this idea several years ago, about a shady character turning up on your doorstep offering something tempting but sinister. I shelved it for a few years as I wasn’t sure whose story it really was. Then I came up with Chrissie, and it all took shape from there. 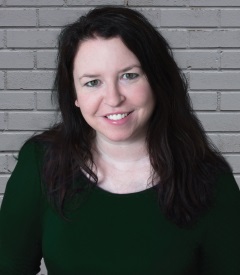 The science side was challenging. I have a background in scientific research, so I was able to draw on that a lot—but I was using a completely fictional medical breakthrough, and I wanted to make it sound convincing. The biggest opportunity in some ways was the ability to merge a domestic drama with a high-tech medical thriller and hopefully satisfy fans of both of these sub-genres.

As a writer who refuses to “stay in her lane,” I relish the opportunity to play around with sub-genres. I think SUBSTITUTE contributes a lot in terms of modern takes on the often overused tropes. Messed-up family, yep—but what if you throw in a shady government organisation and the ability to play God?

I wanted to write a straight domestic thriller, but to tip it on its head with the types of dilemmas that the characters face. I wanted to add in the megalomaniac mad scientist, but then toss in a backstory that changed everything you thought you knew.

It makes use of a viral vector… something I had started writing about long before COVID-19 came along! But it has nothing to do with pandemics, and there is no mention of the pandemic in here at all.

I love Stephen King, Dean Koontz, Sarah Pinborough, JP Delaney… all authors who have had lots of fun subverting the thriller genre!

Q: Have you ever dissected a laboratory mouse?

A: No! When I went to university, I had first enrolled on a course in experimental pathology. I was intrigued by the idea of working in that area, but then I realised I would actually have to cut things up—so I changed to microbiology instead. I’m a big fan of horror, but I am far too squeamish to enact any of my own. In my first book Black Wood, I have a scene where a character skins a rabbit. I haven’t done that either, but I researched by watching a YouTube video on repeat to get the details right. Just watching it was gross enough for me!

Susi Holliday grew up near Edinburgh and worked in the pharmaceutical industry for many years before she started writing. A life-long fan of crime and horror, her short stories have been published in various places, and she was shortlisted for the inaugural CWA Margery Allingham Prize. She is the bestselling author of eight novels and a novella, several of them written as SJI Holliday. Along with three other female authors, she provides coaching for new crime writers via www.crimefictioncoach.com. You can find out more at her website, on Facebook, and on Twitter.