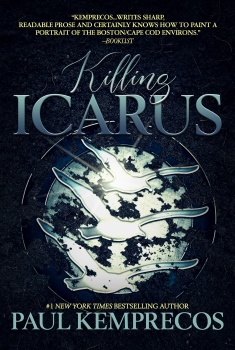 Art historian Abi Vickers has lost her marriage, her galleries, and her apartment. When an old mentor offers her a job and use of a cottage overlooking Cape Cod Bay, she jumps at the chance to pull her life back together amid the calming influence of spectacular sunsets, walks on the beach, and the practice of Zen archery. But her tranquility is soon shattered by plans to reenact a historic aviation event in her front yard. Instead of finding sanity, she wonders if she is going insane, especially when she sees shadows moving across the night sky. Only after she discovers a World War 2 secret locked in an Edward Hopper sketch does she realize the troubles that plagued her in Boston were child’s play compared to the cat-and-mouse game she must play with hired killers aboard the Nantucket ferry and the threats that emanate from an old barn near a fortress-like mansion. Even with the help of a small-town police officer crushed by his own personal baggage and a German journalist who is not what he seems to be, Abi must tap intellectual and physical resources she never knew she had if she wants to survive.

I got the idea for the book from the German-American glider school that flourished briefly on Cape Cod and the historic glider flights made by a German team in the 1920s. I wondered if any of the German pilots ever returned after WW2, for what reason, and what would happen if he crossed paths with painter Edward Hopper, who was known to wander the countryside in search of subjects. 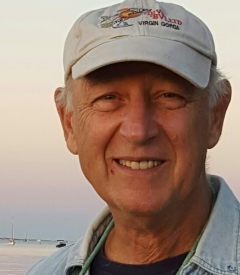 The complexity of the plot and the weaving of the past and present strands were the biggest challenges. The biggest opportunity was the chance to present a historical story unknown to many people.

I integrated some Cussleresque high tech touches into what would ordinarily be considered a woman in peril story, freeing up the format a bit.

I wanted to make it a big book, so I expanded a story with what would normally have used a localized setting by linking the plot to international intrigue.

You won’t find the story about how the seeds for this book were planted more than fifty years ago when I married a young Cape Cod woman and was introduced to some family friends who owned the glider school property.

Past writers include Joseph Conrad and Graham Greene, whose characters were so sharply defined. I love their textured writing and their use of irony. Later writers include Alistair McLean and Clive Cussler of course for rollicking sea adventures. Ross Thomas for his humor.

Q: When are you going to write a serious book?
A: All my books are serious.

Paul Kemprecos is the author of eight PI novels in the Aristotle “Soc” Socarides series and co-author with Clive Cussler of eight best-selling NUMA Files adventures. He is also the author of two Matinicus Hawkins adventures. His first novel was awarded a Shamus, and his latest Socarides book was nominated for the same award. His second Hawkins book was nominated for a Thriller award for best paperback original. He and his wife Christi live on Cape Cod.