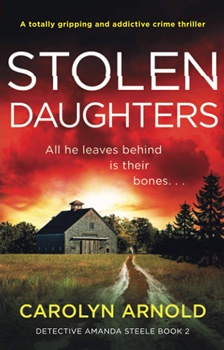 Carolyn Arnold is a bestselling author living near London, Ontario, Canada, who’s penned about 30 books. Her most recent, STOLEN DAUGHTERS, deals with a delicate subject matter and it’s something she never planned to write about—human trafficking.

“Sadly, it’s a disease that’s infected the world,” Arnold says. “With tens of millions of victims and countless perpetrators, it’s not something that we can ignore. Silence is what gives these monsters power, and how great it would be to strip it completely from them. I suppose that by writing about this horrible atrocity it’s my way of shedding light on the darkness and showing love, compassion, and understanding for the victims.”

In STOLEN DAUGHTERS, Detective Amanda Steele chases what she believes to be a serial killer in the small town of Dumfries, Virginia, after her station gets wind of a house fire that left a teenage girl dead. When a second house is burned to the ground and two more girls are added to the death toll, it’s clear the killer is seeking attention by establishing a pattern. However, it’s not until Amanda discovers the meaning behind the ominous note left to her at her daughter’s grave that she learns these heinous crimes are somehow linked to her past. Written in alternating points of view (main character and villain), this book loops the reader into a chilling rollercoaster ride until the very end.

When asked how she came up with the idea for STOLEN DAUGHTERS, Arnold says, “Well, I’d never ‘played’ with fire before, so I thought it would be interesting to write about it. I didn’t realize quite the challenge it would be, though. There’s a lot more to fires than one might imagine and a lot of science to putting them out.”

She expanded on her vision for the villain. “When it came to the killer, he revealed himself to me in stages, and it was an interesting journey unravelling and understanding his psyche.” 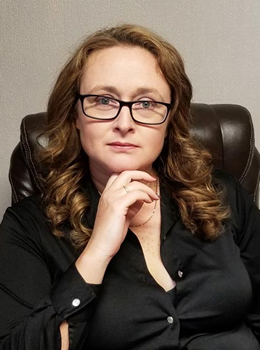 Arnold mainly writes mysteries but has played with everything from cozies to police procedurals to thrillers—and even action adventures. She began writing poetry as a teenager to help sort through all her emotions of that stage in life. Next, she experimented with novella-length romances and took a 13-year break before beginning her first full length novel at age 30. Since then, writing has become a daily routine in her life. Arnold also loves a good book.

“Regarding my reading habits, I greatly enjoy mysteries, especially when I can get my hands on a British historical cozy mystery with a spunky female protagonist who’s ahead of her time. I love Agatha Christie novels, too,” she says.

She is currently juggling five book series, and each of them have their own set of characters who return book after book. As with STOLEN DAUGHTERS, each step of the investigation is described in generous detail and with the keen eye of a sharp writer. In fact, readers frequently comment on how Arnold’s stories make them feel like they’re right there with the detectives and FBI.

Arnold believes this feeling stems from how she naturally comes across surprising elements and twists as she’s writing a novel. Then of course the editing stages allow her to expand even more and give readers that “realistic” vibe.

For instance, real-life investigators don’t spot evidence and clues on the first round; it takes multiple visits sometimes to pick up on different things that could help solve a crime. In the same way, Arnold’s characters don’t instantly know everything about a case, so they learn as they go—taking photographs, talking things out, and viewing pieces from different angles. Even a person who’s interviewed may remember something later, since that’s human after all.

More of a pantser than a plotter, Arnold confides how she bounces ideas off close writer friends when she’s writing. Though it’s mostly related to marketing, she appreciates the feedback nonetheless. Then there’s her husband who has become her partner-in-crime when Arnold gives him the opportunity to scheme murder in her plots. Of course, this is all for fiction purposes only!

As an inspirational speaker and mentor, her advice to new authors is this: “Keep writing and don’t edit as you go along. I think it’s too easy for authors at any stage to be critical of their work, but the first draft is about getting the story out. It’s to be fun, not a painful exercise.”

While she’s been busy with two books on submission, and a new Detective Madison Knight story in progress, her eyes have been laser-focused on hitting New York Times bestseller list or having her books turned into television series and movies.