The Unexpected Gift of Lockdown 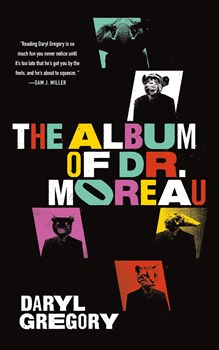 In THE ALBUM OF DR. MOREAU, Detective Luce Delgado and her pun-loving partner are tasked with solving the grisly murder of a music producer who is found slashed to death in his suite at a Las Vegas hotel. It’s 2001, and the victim, known as “Dr. M,” managed one of the most successful acts in the world: WyldBoyZ, a boy band composed of five genetically engineered human-animal hybrids whose origins are slowly teased out over the course of author Daryl Gregory’s funny, fast-paced, and poignant locked-room mystery.

Gregory is the author of the 2017 Nebula Award finalist Spoonbenders, the acclaimed 2015 YA horror series launch Harrison Squared, and the upcoming Southern Gothic horror novel Revelator. He won both the World Fantasy Award and the Shirley Jackson Award for his 2014 short story “We Are All Completely Fine.” His comic book work includes BOOM! Studios’ Planet of the Apes and Dracula: The Company of Monsters, and he’s the writer of Flatline, an interactive fiction game in the Lifeline universe.

In his first-ever interview with The Big Thrill, Gregory talks about writing during lockdown, plotting backward, and finding the big, beating heart of his mutant murder mystery. 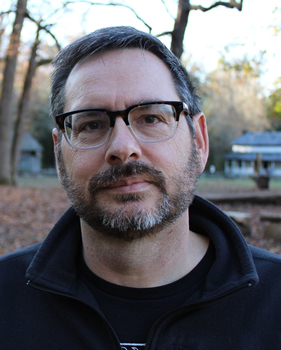 I’ve read that the title (and the puns) came first. What inspired the locked-room mystery element?

I’ve always been a huge fan of mysteries, from hardboiled noir to cozies, with special adoration for Elmore Leonard. And I love puzzle mysteries, especially the locked-room, fair-play variety. I went through a period in which I inhaled every Agatha Christie novel I could get my hands on. I especially loved her everybody-trapped-together novels, like Murder on the Orient Express and Death on the Nile. They’re puzzles, but they’re also great novels of character.

With THE ALBUM OF DR. MOREAU, I knew the book would only work if by the end readers felt like they’d gotten to know and understand these five bandmates: who they are now, where they came from, and what secrets they’re hiding. But novellas are a tight form—they’re basically novels that have to run like greyhounds, with no fat to slow them down. So I needed an efficient structure to do all that work, and there’s no better form than the mystery, especially the kind that starts with a dead body on page one and gives the detective less than 24 hours to solve the case. As the detective interviews each suspect, it’s essentially giving each character a solo.

Tell me a little about your history with Wells’s book.

I first read it back in high school, or maybe junior high. Once I started biking to the library in the summer, I grabbed every book that even smelled like weird fiction, Edgar Allan Poe and Jules Verne and H.G. Wells. 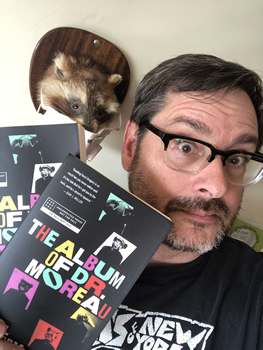 Gregory receives his author’s copies of THE ALBUM OF DR. MOREAU.

You wrote ALBUM during lockdown. What was that experience like?

Lockdown is a gift to the introvert who has to get a lot of work done. All my trips got canceled! When things are stressful, I’m calmed by being able to focus on fictional characters for hours at a time. And I was greatly feeling the need to work on something ridiculous and fun. I’d just finished the latest draft of a serious horror novel, so hanging out with the WyldBoyZ was a relief.

Did you know the solution to the mystery when you began writing it?

I wouldn’t know how to write a mystery without knowing the end, especially in a novella where I have less than 40,000 words to get there. I had to figure out the reveal and work backward, like building a magic trick. That meant that most of the writing of the book was actually “prewriting”—writing random bits of character dialog, adding jokes, drawing maps of hotel rooms, working out the exact timetable of events… and a lot of staring out the window.

Despite the absurdist setup, the book is really quite poignant. Can you talk a little about how the story and characters evolved for you?

Finding the emotional heart of the story is really the trick for keeping me interested in the book, never mind the readers. Stories just don’t work for me unless I can believe in the characters and know where their pain comes from—and this is just as true for a comedy, or a wacky premise like an animal-hybrid boyband murder mystery, as it is for a drama. It’s maybe even more important. So I had to know what the boyz feared, and what trauma they’d experienced in the lab that created them, and how afraid they’d be of being branded subhuman.

Another thing that unlocked the heart for me was thinking about my daughter. She was such a huge fan of the Backstreet Boys and NSYNC. What if, when she was 10 years old, one of those bands had walked into her living room? As a parent I’d be weeping just watching her experience such joy. (And okay, maybe I got a little teary-eyed when I wrote that scene.) 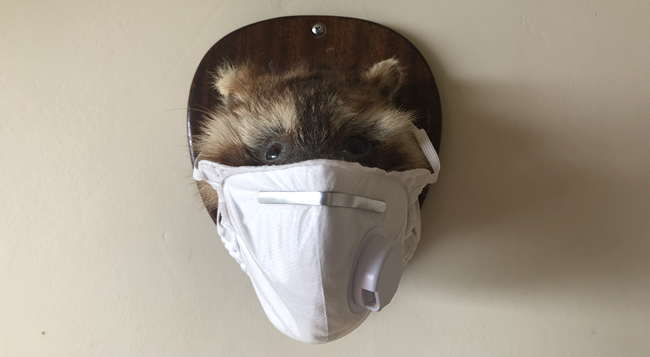 Gregory’s uncle, an amateur taxidermist, gave him this raccoon head when Gregory was ten years old, but this is the only time the raccoon has been asked to wear a mask.

ALBUM is a lot of fun to read. Was it fun to write?

This is one of those rare cases where it was as much fun to write as it is hopefully fun to read. I’ve never enjoyed writing a book more.

Any chance of getting the band back together someday, or putting Luce on another case?

Oh, I definitely have plans for a WyldBoyZ reunion tour! 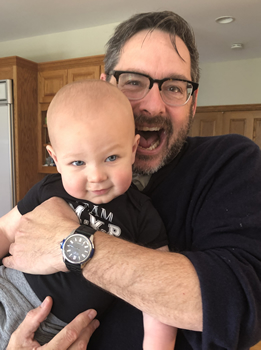 During a post-vaccination trip to Chicago, Gregory dropped in to visit his niece’s new baby, Maverick. “I’m a great uncle—by definition!” he says.

I’d love to hear a little about your next release, Revelator.

Ah, that’s that serious horror novel I mentioned above. Revelator is set in the 1930s and ’40s in the Smoky Mountains and is about a woman who was chosen as a girl to be the mediator for her family’s private god. Years later she comes back home to stop the next girl from being consumed by her duties. In good Southern Gothic fashion, layers of family secrets are peeled back, and the true desires of the god are revealed. If you liked the wacky comedy of THE ALBUM OF DR. MOREAU, you’ll hate this book! But at least there’s a lot about moonshine.

I grew up in Chicago, but both sides of my family came out of Cades Cove, Tennessee. My ancestors were kicked out of the cove when the government made it part of the national park in the ’30s. And all my relatives are still in the area. My parents moved back there after they retired, and my little sister followed them. I go back often, and I’m proud to say that during one trip my uncle gave me his moonshine recipe, which I used for the book. So it’s basically my family’s history, but with monsters. I’m pretty sure I made up the monsters.