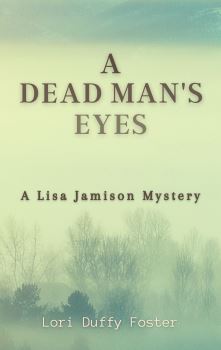 Lisa Jamison has done well for a single mom who got pregnant at fifteen. She’s a reporter at a well-respected newspaper and her teenage daughter is both an athlete and honors student. Though their relationship is rocky these days, she has given her daughter the kind of life she never had. But all that changes when she sees her daughter in the eyes of a dead man.

The investigation into her ex-boyfriend’s death leaves Lisa fighting for her family in a morbid, black market world she never knew existed. Despite her cynical nature, she trusts the wrong people, and now she might have to pay with her life.

Character came first. Lisa Jamison is a compilation of several people I knew during my journalism days, including a pregnant teenager who witnessed a fatal game of Russian roulette. There was something special about that girl. She was smart and determined beyond her years, just like Lisa. She got me wondering what would happen if that girl became a reporter and stumbled across the body of her child’s father. 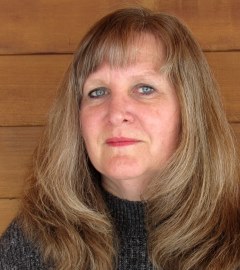 The greatest challenge for me in A DEAD MAN’S EYES was writing from the the perspective of a teenager in certain chapters. It was a fun challenge, though, and I was excited to try it.

The greatest opportunity was the realization that this could be a series, that Lisa Jamison still had a lot history to confront and that her job allowed her plenty of suspenseful and dangerous ways to do it.

A DEAD MAN’S EYES focuses heavily on the mother-daughter relationship, but it never slows down. It has the pace of a thriller with the character development of domestic suspense. I hope I have written a novel that is entertaining for lovers of all mystery/thriller/suspense genres.

That is an interesting question. I write crime fiction, but my greatest influences are a mix of authors from most all genres. Anita Shreve, John Irving, David Guterson, Toni Morrison, Margaret Atwood, and Kurt Vonnegut all take the exploration of human nature to extremes, imposing challenges on their characters that make us face both the darkest and the brightest aspects of humanity. They make me see life differently. In the mystery/thriller genres, Lisa Unger, Joshilyn Jackson, William Landay, Laura Lippman, and Gillian Flynn come to mind. They never disappoint me in plot, quality of writing, or character development. I hope I can do the same for my readers. And, of course, Edgar Allan Poe. You can’t beat him for lessons in fatal flaws and suspense.

Lori Duffy Foster is a former crime reporter who writes from the hills of Northern Pennsylvania, where she lives with her husband and four children. She was born and raised in the Adirondack Mountains of New York State, where a part of her heart remains. Her short fiction has appeared in the journal Aethlon, and in the anthologies Short Story America and Childhood Regained. Her nonfiction has appeared in Healthy Living, Running Times, Literary Mama, Crimespree, and Mountain Home magazines. A DEAD MAN’S EYES, the first in the Lisa Jamison mystery/suspense series, is her debut novel. Look for book two in the series, Never Broken, in April of 2022. She is also author of Raising Identical Twins: The Unique Challenges and Joys of the Early Years. Lori is a member of Mystery Writers of America, Sisters in Crime, The Historical Novel Society, International Thriller Writers, and Pennwriters She also sits on the board of the Knoxville (PA) Public Library.