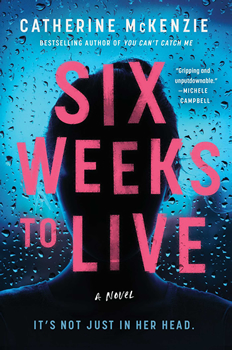 Jennifer Barnes is shocked to learn brain cancer will take her life in six weeks or less, but she’s certain of one thing: her three grown daughters love her and will be there for her the entire time. The triplets—Aline and Miranda, who are identical, and Emily, who is fraternal—have relationship issues and jealousies of their own to contend with, however, as they’re forced to come to terms with their mother’s impending death. Even more shocking, Jennifer learns from a lab report from a year earlier she had a very high level of lead in her blood. She can’t understand why her doctor hadn’t informed her of her test results. Did lead poisoning cause her cancer? Was her husband, who had left her for another woman and wanted a divorce, plotting to kill her? Unraveling this family’s mysteries and rivalries will hold readers rapt into the wee hours.

Canadian author Catherine McKenzie is the mastermind behind this twisty page-turner. She’s the author of a dozen books and a contributor to two anthologies and a book on writing. She says she always wrote as a child—poetry, mostly—but in 2006 an idea for a novel grabbed her and wouldn’t leave her alone.

McKenzie felt compelled to write the story, which became her first full manuscript but, as she says, “now lives in a drawer.” Fortunately, more ideas, novels, and publication followed, even as she pursued her career as an attorney. 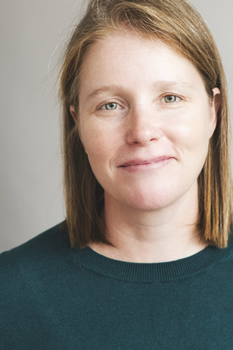 She waits for the right story to come along, she says, “One that I’m excited about, so that it will stay with me and be fresh for the two years it takes to write it and put it through the publishing process.”

In August of last year, she left the legal field behind and now writes full time. “It definitely was a struggle to write for the first four to five months of the pandemic, but eventually, a deadline loomed, so I put my nose to the grindstone and started again.”

Having a routine helps in these pandemic times. “Every day feels like Groundhog Day, so I try to write in the morning and do something different in the afternoon—a project, a walk, a run, tennis.” In fact, she says, tennis has become an obsession. Getting outside and active helps her “think and figure out problems and stay sane.

“Launching a book in the pandemic is hard! I miss people. I miss traveling to see people. It can feel selfish to be ‘me, me, me, my book,’ when so many people are suffering.”

Her fans are loyal, however. “My career has evolved, as my first three books were romantic comedies. Some of my fans have stuck with me from those days, for which I’m grateful.” Now she writes “suspenseful page-turners with great character development.” 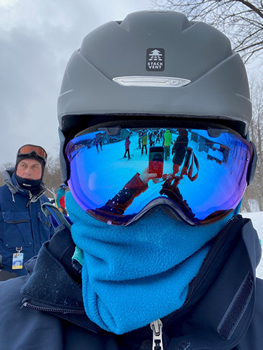 Besides being an avid runner, skier, and tennis player, McKenzie is also a snowboarding enthusiast.

Indeed, in SIX WEEKS TO LIVE, McKenzie takes a deep dive into the psyches of each of the triplets and their mother in turn, and what we learn is that none of them are as they appear to the outside world. In general, since McKenzie fans “like a good twist, with compelling characters and original ideas,” they should love this story.

Before writing, McKenzie spends a lot of time thinking about those original ideas. She knows the ending, the major twists, and the main character in advance, but “plots loosely, nothing detailed on paper.” To complete the story, she plots as she goes along. For her the twists are like “leaving crumbs until you find the cookie.”

She began writing SIX WEEKS TO LIVE in October 2019. “It evolved the way my books always do—concept, ending, major twists, main character. As I write, other characters come to life. I finished the book in early March 2020, so it exists pre-pandemic.”

The idea came to her “when an extended family member received a terrible, sudden diagnosis, and it got me thinking how I’d react. That evolved into what would happen in a suspense context.” 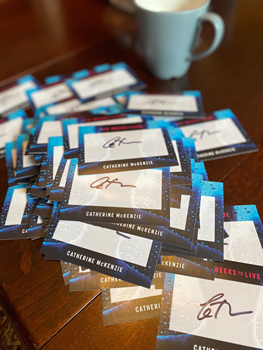 A pile of freshly signed bookplates for SIX WEEKS TO LIVE.

The circumstances of the triplets’ birth also stemmed from real life. “The triplets are unusual—one set of identical twins and a fraternal twin. I have a friend who has triplets like that, and I’ve always found it interesting. How must the non-identical twin feel about it? They are still too young to ask, but I thought it could make for some very interesting family dynamics.”

In this story, the triplets are adults with their own lives, hopes, and insecurities. Emily is the fraternal triplet and feels a bit like the odd one out.

“I decided to tell this story from multiple points of view,” McKenzie says. “I think it helps to get those alternative perspectives in a family, and also to build mystery. I’d just written a book with one point of view (You Can’t Catch Me, published last year), and I wanted to return to a more complex structure. But I write the book in a linear way—as the reader reads it.”

As for the characters, McKenzie believes, “At some point you have to like all the characters you are writing, or at least have empathy for them, I think. Well, except for Jake, the ex. I don’t like him, but since I didn’t write from his point of view, I don’t have to!” 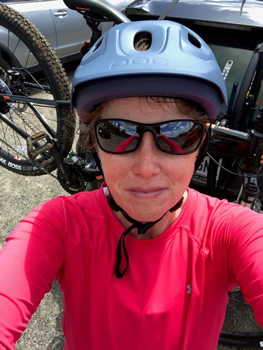 McKenzie enjoys the outdoors during the pandemic.

All through the book, we feel for Jennifer, the mother. “I think someone who’s been given that little time to live is in an inherently sympathetic situation. Jennifer’s life has been very controlled the last 15 years, and then her husband leaves her, and when she receives the diagnosis, her life goes out of control.”

The subject matter could be dark at times, but McKenzie says she wants it to be a fun read. “Hopefully I’ve achieved that balance.”

While SIX WEEKS TO LIVE was published on April 20 in Canada and launches on May 4 in the US, McKenzie continues to write. She has just turned in her next book, Please Join Us, about a women’s organization that isn’t all it’s cracked up to be. Another must-read for next year.