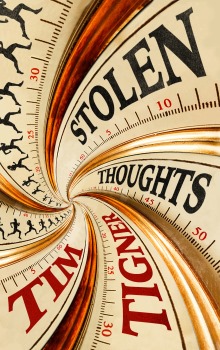 There’s been a breakthrough on the campus of Caltech. A discovery. An invention. One so startling and surprisingly sinister that the inventor can’t tell a soul.

Precariously poised at the center of the action is Victoria Pixler, a bioengineering student with a tragic past, a passionate quest, and a brilliant mind. After a decade of dedication, she’s just completed her life’s work only to have her dream shattered and her career terminated—by the least likely suspect. Meanwhile, propelling the thrills from the middle of the mystery is one of humanity’s great questions: Would the power to read minds be a blessing, or a curse?

Packed with enlightened anecdotes, amusing quips, and suspense that will rivet readers to their chairs, this novel delivers Tigner’s trademark fast-paced action and first-class intellectual intrigue—from characters you can’t forget.

Plot came first in STOLEN THOUGHTS because that’s what brings the magic and makes the novel unique. I’m not aware of another contemporary novel that addresses the same subject in a similar way. That said, the protagonist quickly followed, as her history sets up the plot and adds the extra measure of verisimilitude this type of tale requires. 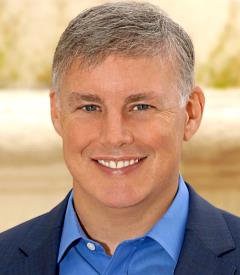 I wanted to recreate the magic of my 2019 novel, The Price of Time, which became a breakaway bestseller and book club favorite. For that, I needed another plot that centered around scientists succeeding in an endeavor that’s been attempted for thousands of years—only to find that achieving it was more of a curse than a blessing. In The Price of Time, that achievement was halting aging—discovering an analog to the Fountain of Youth. It wasn’t until my fourth attempt that I hit on an equally compelling invention. STOLEN THOUGHTS explores the unanticipated downsides of discovering how to read minds.

STOLEN THOUGHTS, like my 2019 novel The Price of Time, takes readers on a thrilling philosophical journey. It leads them beyond the basic upsides of acquiring the ability to read minds and into the impacts the technology would have on the inventor and society. The drama all unfolds in the framework of a contemporary good-versus-evil action thriller, one that’s populated by memorable characters attempting to outwit each other in exciting settings. This combination of elements creates a multilayered story and makes for an excellent book club selection.

The protagonist in STOLEN THOUGHTS is deaf. She lost her hearing and her parents during an accident in her teenage years. Rather than simply adapting to her new situation by adopting the best practices and procedures of the hearing impaired, Vicky makes it her mission to invent a better form of interpersonal communication. This quest sets up a memorable plot and a compelling character arc. Being neither female nor hard of hearing myself, I sought out and acquired a new group of beta readers to help me get the facts, feelings, and nuances right. I believe we succeeded.

A Soviet counterintelligence specialist and veteran of the Green Berets, Tim worked out of Moscow throughout perestroika, then Brussels during the formation of the EU, and more recently in Silicon Valley as a startup CEO before turning to writing full-time.

Ten years into it, with twelve books to his name, Tim is now an Amazon Charts and USA Today bestseller who has hit the Kindle Unlimited All Star list dozens of times. His twelfth book, STOLEN THOUGHTS, is scheduled to publish May 1st.