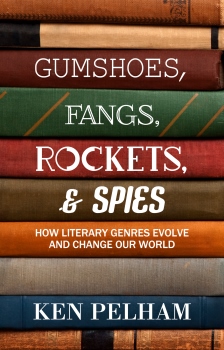 Stories matter. All types of stories.

In 1815, a remote Pacific island exploded, triggering global famine, epidemic, and summer snow in New England. It also sparked a wine-and-sex-and-story huddle on the other side of the planet that changed pop culture forever.

In 1887, an idealistic physician penned a murder mystery and invented modern police work.

In 1945, a prickly science fiction writer napkin-sketched an idea for geostationary satellites, making it possible for us to watch competitive pig blood soup eating live from Belarus. If we wanted to.

Genre fiction—tales of swordplay, skullduggery, detectives, adventure, horror, science fiction, fantasy, love, and war—is often overlooked as vital literature, yet all literature is connected by spider silk that trembles when something new appears. And sometimes that trembling reverberates across societies and generations.

The research far exceeded that for any fiction I’ve written. But I’m a bit of a research geek, so that’s not a negative. As for opportunity, it’s allowed me to explore and share the deep connections we have with the stories we love. And many we don’t love. 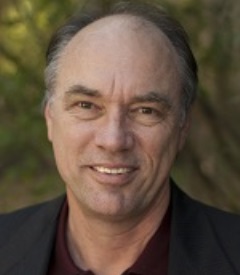 Not being genre fiction, but about genre fiction, I hope it contributes to them all by instilling in readers and writers a deeper understanding of, and appreciation for, their favorite genres. It grew from my observations on the shared DNA among fiction genres, and from my love of reading among so many genres. I suspect more of us read across multiple genres than publishers realize.

I don’t want to subvert genre conventions; they exist because they work. However, so many of the novels and short stories we revere brought something new and original, or pulled together seemingly disparate strands of literature.

A guy goes for a walk in the woods. Sounds like a setup for a joke, but that sweaty exploration of the wilderness of the American South, and the trekker’s elegant account of it, inspired a literary movement and bolstered the French Revolution and a string of events that set up two world wars. That’s just one of many connections stressed in the book. It’s not a spoiler because I didn’t mention William Bartram by name.

H.G. Wells for his layered meanings; Ken Follett for Eye of the Needle; Douglas Preston and Lincoln Child for breakneck pushing of the thriller envelope; Mark Twain for his anger and wit, and Kurt Vonnegut, Jr. for keeping Twain’s spirit alive in books like Slaughterhouse-Five; Stephen King for his cinematic word-pictures; Ernest Hemingway for economy of language. Ray Bradbury for lushness of language (and wonderful short stories). Alistair MacLean for intrigue, and Dashiell Hammett for the hardboiled. Erich Maria Remarque’s All Quiet on the Western Front for its unshirking honesty. In that group alone, we have adventure, thriller, science fiction, war stories, mystery, satire, literary, horror, and lots of overlap.

Someone: Did you actually build a web-based timeline to accompany and illustrate the ideas in the book?
Me: Why, yes, I did! Thank you for asking. And you can see it here.

Ken Pelham’s Out of Sight, Out of Mind: A Writer’s Guide to Mastering Viewpoint was named the Florida Writers Association’s 2015 Published Book of the Year. His novel Brigands Key won the 2009 Royal Palm Literary Award, and was published in hardcover in 2012. The prequel, Place of Fear, a 2012 first-place winner of the Royal Palm, was released in 2013. His short stories “The Wreck of the Edinburgh Kate” and “When the Hurly Burly’s Done” have also won Royal Palms.

In 2014, Ken co-founded the Alvarium Experiment, a groundbreaking writers’ consortium which has published three anthologies of speculative short fiction.

Ken lives with his wife, Laura, in Maitland, Florida.