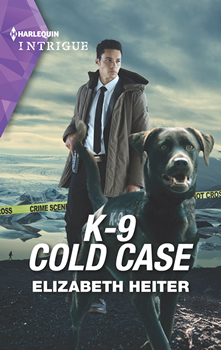 And the culprit isn’t finished.

With the help of his K-9 companion, Patches, FBI victim specialist Jax Diallo vows to help police chief Keara Hernandez solve the attacks rocking their Alaskan community. Evidence suggests the crimes are connected to her husband’s long-unsolved murder. And the strikes are becoming more personal. When dodging bullets becomes a daily event, Jax risks everything to keep his beautiful new partner from meeting a violent end…

Since this book is part of a series, I knew it would take place in the remote town of Desparre, Alaska, which I’d already established as the kind of place people come to disappear. So next for this book, came the character: Keara Hernandez had appeared in the previous books as the police chief, but I hadn’t developed much about her past. She shaped up as someone running from the worst possible thing she’d faced as a cop or a woman: the death of her detective husband. Then, finally, came plot: an attack on the seemingly peaceful community where Keara had rebuilt her life—an attack that was connected to her husband’s death. 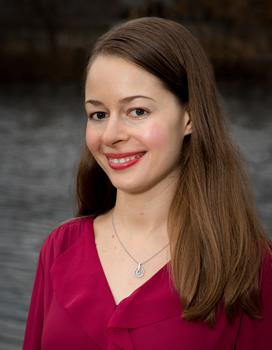 One of the genre conventions you see often in both suspense and romantic suspense is a hero who saves the day, especially in a physical role. But in K-9 COLD CASE, it’s my heroine who’s a police chief (and a former detective). She’s the one who carries a gun and gives orders, while the hero works in a therapy role with victims and families. Over the course of the book, they work together outside of their official roles and begin to form a romantic connection. But when danger arrives in the form of a sniper attack, it’s my hero (without any training) who needs to run from danger while my heroine runs toward it.

The biggest challenge of this book was the complexities of the investigation. The series of bombings in Alaska look connected to Keara’s past, but also to other crimes across the country over many years. Add to that an FBI victim specialist and his therapy dog focused on helping the victims and the families, and there are a lot of details that needed to come together. That led to a great opportunity to showcase how victim specialists help victims and families and how grief like Keara’s can impact a life. And both of those things allowed the complexities of the mystery to have more of an emotional impact.

Publishers Weekly bestselling author Elizabeth Heiter likes her suspense to feature strong heroines, chilling villains, psychological twists, and a little bit of romance. Her research has taken her into the minds of serial killers, through murder investigations, and onto the FBI Academy’s shooting range. Her novels have been published in fourteen countries and translated into eight languages; they’ve also been shortlisted for the HOLT Medallion, the Daphne Du Maurier award, the National Readers’ Choice award and the Booksellers’ Best award and won the RT Reviewers’ Choice award.