The Art of Juggling 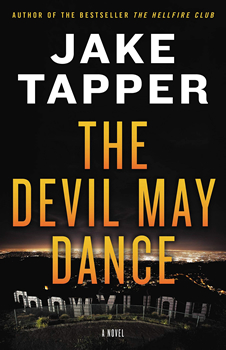 If you think you don’t have time to write a novel, Jake Tapper is here to disabuse you of that notion.

Since he was named ABC’s senior White House correspondent after his coverage of the 2008 presidential election, Tapper has become one of the most recognizable figures in American television journalism. After moving to CNN in 2012, he now hosts two shows on the network—the weekday afternoon program The Lead and Sunday morning’s State of the Union—and serves as its chief Washington correspondent and lead anchor for DC events. He’s also a devoted father of two young children, an accomplished cartoonist, and the author of several nonfiction books, including 2001’s Down & Dirty: The Plot to Steal the Presidency and 2012’s The Outpost.

Amid all that—and despite a schedule that’s often tethered to the dizzying 24-hour news cycle—Tapper still finds time to write fiction, even if it’s just in brief increments carved out in an airport or between meetings. “The great rule I have is when I’m writing, I write at least 15 minutes every day,” Tapper says. “Even if you end up throwing out those pages, it’s taking you somewhere or eliminating something. And even if you write only 15 minutes a day, by the end of the week, it’s an hour and 45 minutes, and that’s a lot of writing.”

Those stolen quarter-hours add up. This month will see the release of Tapper’s second novel, THE DEVIL MAY DANCE—the follow-up to his New York Times-bestselling debut The Hellfire Club, about a freshman US congressman and his wife who find themselves embroiled in a deadly conspiracy when they arrive in Washington in 1954. The sequel picks up several years later and sends Charlie and Margaret Marder once again into the maw of a sinister plot, this time set against the backdrop of Hollywood in the early ’60s.

Like its predecessor, THE DEVIL MAY DANCE weaves together fact and fiction as the Marders travel to Los Angeles at the behest of Attorney General Robert Kennedy, who wants them to root out a possible threat to the president. At first their investigation centers on Frank Sinatra and his rumored mob ties, but soon it expands to encompass Hollywood studios, L. Ron Hubbard’s Church of Scientology, a corpse that turns up in the trunk of the Marders’ rental car, and the disappearance of someone close to Margaret.

Tapper, a self-described “history nerd” who reads old newspapers for fun and collects antique campaign memorabilia, says he settled on the new book’s plot and early-’60s setting after learning that Sinatra once undertook a dramatic expansion of his Rancho Mirage compound in anticipation of a visit from President Kennedy. When the visit was nixed by the attorney general because of Sinatra’s alleged ties to organized crime, the president ended up staying with Bing Crosby, a Republican, instead.

“I thought it was just so textured, and so interesting, and so emblematic of the complications of these American heroes—Frank Sinatra, John F. Kennedy, Robert Kennedy—that it just seemed like a very natural next project for me,” Tapper says. 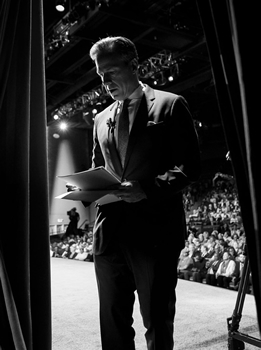 While The Hellfire Club enjoyed a relatively smooth path to publication, Tapper’s journey to becoming a debut novelist wasn’t always as clear cut. He wrote his first novel when he was not long out of college and working in public relations—a time he does not remember fondly. “I was in a very miserable period of my life in my twenties, where I was trying to figure out what I wanted to do with my life,” Tapper says. “Before I even started doing journalism, I was trying to do fiction.”

That novel landed Tapper an agent but never found a publisher. He went on to become a full-time journalist, writing for outlets such as the Washington City Paper and Salon.com before joining ABC News, where he worked for nearly a decade before moving to CNN.

He never lost his enthusiasm for fiction, which he reads voraciously. (When he spoke to The Big Thrill, Tapper was juggling two novels: one by David Baldacci and one by Harlan Coben.) He also never stopped writing, even when he moved from print journalism to television. By the time he got around to trying his hand at another novel, Tapper had several published nonfiction books under his belt, including The Outpost, his acclaimed—and bestselling—account of the 2009 Taliban attack on Combat Outpost Keating in Afghanistan. He was able to garner interest from major publishers based on an outline of his novel and a few sample chapters. It took him four years to complete the manuscript, but it was time well spent: in 2018, The Hellfire Club debuted at number three on the New York Times Hardcover Fiction bestseller list, and a TV series is currently in development. Baldacci and Coben are now his peers, and both have supplied generous blurbs for Tapper’s thrillers.

Tapper acknowledges that writing fiction requires an entirely different skill set than journalism; of the two, he finds the former to be the bigger challenge. “When you’re doing nonfiction, the story is just there—you have to tell it the best way you can, but you don’t have to come up with it,” he says. “Coming up with the story is much more challenging, to me anyway.”

To that end, Tapper is a meticulous outliner. Borrowing a metaphor from Game of Thrones creator George R. R. Martin, he describes himself as “more of an architect than a gardener,” spending weeks or even months researching and planning a story before he gets down to the business of writing. He doesn’t hesitate to seek feedback along the way, either from his editor or trusted early readers.

The tough part, he says, is self-editing. He sometimes finds himself uncovering a fascinating historical episode and weaving it into a book, only to throw it out later if it doesn’t advance the plot. “I think that’s the great skill of people like Baldacci and Coben and Michael Connelly, who hand in a first draft that’s basically done,” he points out. “I’m getting better at it, though. I think THE DEVIL MAY DANCE is tighter than The Hellfire Club. It’s just one of the skills you have to develop.” 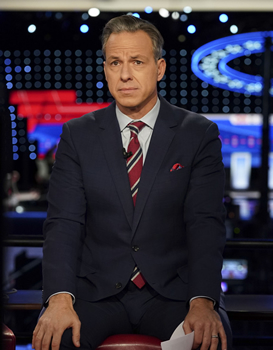 While his mysteries are works of fiction that take liberties with history, Tapper takes care to get the details right, and to be true to the character of the historical figures who populate his novels. “You definitely feel responsible for being true to the essential qualities of that individual,” he says. “You don’t want to caricature them…and you want it to be in keeping with who that person was. Sinatra, for example—I think it’s fair to say that he was a rather troubled guy. But by the same token, one of the things the book gets into is how much he legitimately did, at great risk, for civil rights in the ’40s and ’50s, and ’60s, too. You just want to make sure that you’re fair to them—as fair as you would be if you were writing a biography.”

There’s a delicate balance, then, between honoring history and being constrained by it. Tapper says he always goes through a stage of “first-draft blues” where he isn’t happy with the story he’s written. His solution is to remind himself that, as a writer of fiction, he can do something he can’t do in his day job: he can make things up.

“That happened between the first draft and the second draft of The Hellfire Club,” he says. “The same thing happened with THE DEVIL MAY DANCE, where I just was not happy with the first draft. And then I made myself go into the book and just have Sinatra do this, or just have Sammy Davis Jr. do that. It’s tougher for me, because it’s fiction and I’m having people do things they didn’t do. But it’s freeing in that way.” 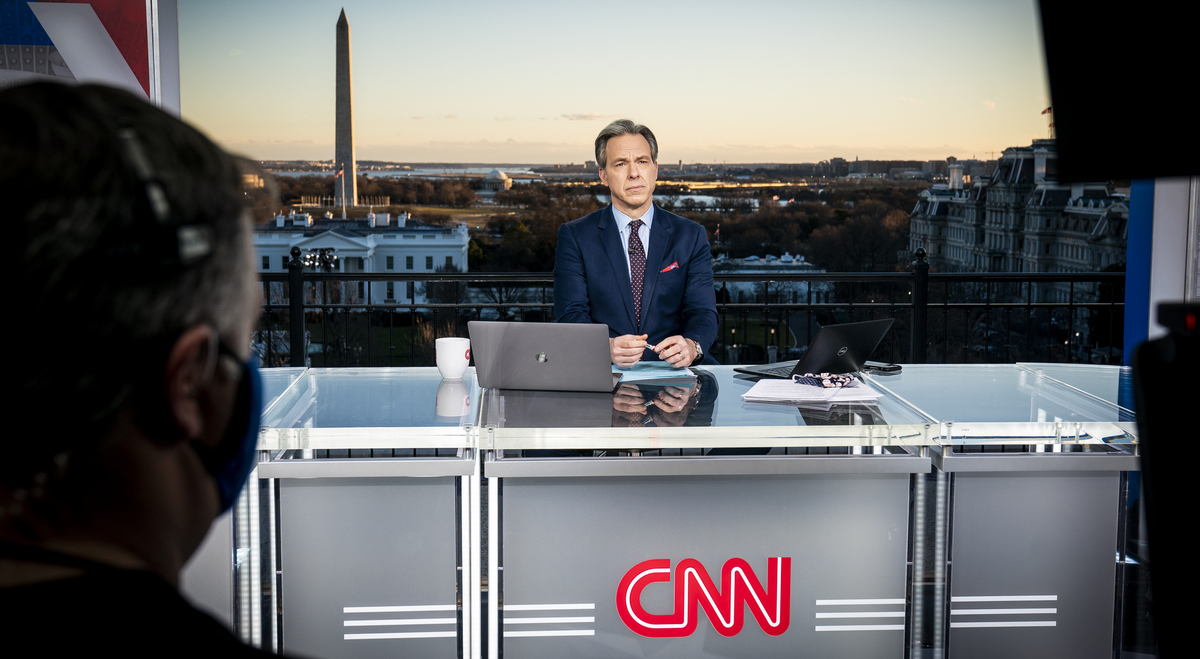 While Tapper’s thrillers have been lauded for their nimble pacing and serpentine plots, you get the sense he’s more concerned with character than any of that. He says the biggest challenge he faced in writing a sequel to his successful debut had nothing to do with the book’s main storyline; it was finding a new problem to throw into Charlie and Margaret’s marriage. He considers their relationship to be the books’ true central “character,” with the first book hinging on “whether or not Margaret would love a man who was making the compromises that Charlie was making, and whether their relationship will survive.” That question is answered definitively in The Hellfire Club, so Tapper needed another dilemma to complicate the couple’s lives in THE DEVIL MAY DANCE. That dramatic need led to a new hurdle for Tapper’s fictional congressman: a drinking problem brought on by post-traumatic stress from his time as a soldier in World War II.

Now that he’s two books in, Tapper thinks it’s safe to say he’s officially writing a series, though the third book might jump forward a few decades and center on Charlie and Margaret’s children—specifically, their son.

“I think it’s fun to explore different eras with this one family,” he says. “I love Charlie and Margaret, but I’m also eager to write about the 1980s, which is an era in American history that’s full of promise and menace.”