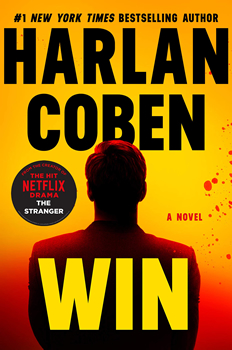 Harlan Coben’s new thriller, WIN, might be considered literature, but thankfully, its pace exceeds its grasp.

WIN is driven at a high rate of speed by a character familiar to Coben’s fans, Windsor “Win” Horne Lockwood III, the rich vigilante sidekick in 11 of Coben’s Myron Bolitar novels. Now Lockwood gets the spotlight, and Coben hints there may be more sightings in the future.

Coben’s 33rd novel ranks among his best. The dialogue sparkles as wickedly as if it were coming from characters imagined by rhetorical virtuosos Dashiell Hammett and Lawrence Block. Nobody does that, but Coben just did.

He drives the plot faster than a pair of BMWs revving their engines alongside each other on a city street impatiently awaiting a literary critic to feebly shuffle through the crosswalk. And his protagonist, Lockwood, is a complicated and contradictory character who could easily be found living on the edges of literature.

But WIN is a thriller, and the literary police long ago convicted Coben of genre. He’s been sentenced to stratospheric royalty checks. There is no chance he will ever be locked up in a garret for the rest of his life, so his fans shouldn’t get carried away with visions of literary recognition. Oops. Almost slipped into fantasy there. Wrong genre. 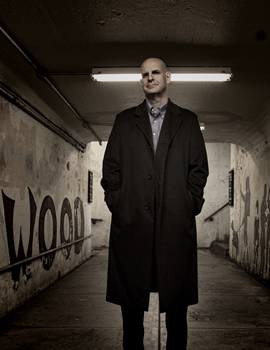 Coben’s protagonist, Lockwood, twists and zags and takes tight curves with accuracy of squealing Pirellis—everything all great thrillers do. But then Coben dives deep into his disturbing and very rich leading man and finds a breadth of knowledge and contradictions that will thrill a reader far faster than a speeding plot twist.

“This is a man whose childhood traumatic experience has left him to a life of one-night stands, yet he still has the capability of strong ties to others,” Coben says.

Lockwood has mommy issues, but not the type an intemperate mindset would conjure up. He’s a rich enforcer who investigates a long-ago kidnapping of his cousin and the theft of a priceless painting from the family estate. And then he gets laid—like clockwork—precisely on schedule late at night. Can all of this somehow be related?

Lockwood can physically take on grunts and Neanderthals twice his collar size. It would have been so easy for Coben to have long ago written Lockwood as a dull-witted goon. Instead, his new protagonist is arrogant and likable at the same time. Who does that?

Lockwood uses both his physical talents and money to dig into family secrets. He’s an adrenaline junky who thrives on thwarting the injustices that cross his path early in WIN, and he later explores the perils of his own money, privilege, and entitlement—a theme Coben has visited in previous novels. This time Lockwood goes there while examining his own fictional family:

“There is an odd psychology amongst those who inherit great wealth, because deep down inside, they realize that they did nothing to earn it, that it really was just a matter of luck, and yet how can it be that they are not special? My father suffers from this malady.” 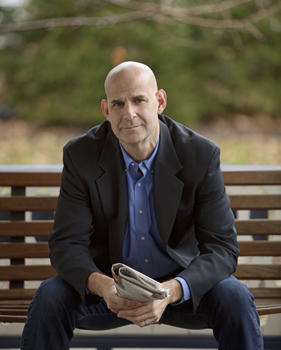 And Lockwood doesn’t put the brakes on just yet: “This leads to a constant internal battle to maintain the false narrative of somehow ‘deserving’ all these riches, of being ‘worthy.’ You push away the obvious truth—that fate and happenstance have more to do with your lot in life than your ‘brilliance’ or ‘work ethic’—so as not to shatter your self-created myth.”

This, Coben says, is “the self-rationalization of privilege. Win was the perfect person to articulate my own feelings on this matter.”

When you think of Coben’s success, you must marvel at the fact he never took a single creative writing class in college. “The only English course I took at Amherst was in Shakespeare…I’m self-taught. The best way to learn writing is to read.”

And he never intended to make a living as a writer either. Instead, he worked in the family travel business after graduation. “I really started with the most modest ambitions as a writer…I recommend that kind of ambition. If you realize one goal, then try for the next.”

He finally hit his stride and filled his bank account with his 10th novel, Tell No One.

There’s a certain amount of privilege a writer feels after a successful career with 33 novels under his belt, and Coben is no exception. He gladly takes advantage of his position and breaks some sacred rules of writing—like having his protagonist step out of character in mid-soliloquy, like Shakespeare (hmm, there’s that name again) and talk directly to the reader:

“We are all masters of self-rationalization. We all seek ways to justify our narrative. We all twist that narrative to make ourselves more sympathetic. You do it too. If you are reading this, you were born in the top one percent of history’s population, no question about it. You’ve experienced luxuries that painfully few people in the history of mankind could have even imagined. Yet instead of appreciating that, instead of doing more to help those beneath you, we attack those who got even luckier for not doing enough.” 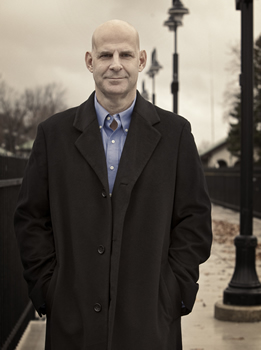 Why address his readers this way? “It’s against the rules, I guess, but once you know the rules, you can break them,” Coben says. It also helps if you’ve lost count of how many times you’ve made the New York Times bestseller list.

Or perhaps he recognizes that the one percenters reading his novels enjoy the brief, unexpected encounter. Would it shock anyone if Coben’s desire is to continue to surprise and entertain in ways no other writer does?

At 59, Coben has no intention of retiring, and as if to prove it, he still maintains a schedule of one new novel every year while adding television and streaming media to his repertoire. He has deals with Netflix, which owns most of the television rights to his standalone novels, and also with Amazon Studios, Apple, and MGM International.

“The TV stuff is an interesting distraction,” he says.

Interesting indeed. Coben appreciates his success and has never forgotten his past. He even wrote about it in a piece for the New York Times a while back where he described a Thanksgiving weekend sitting for hours at a WaldenBooks hoping to sign copies of his latest book. No one showed up.

“I learned how to look busy.”

One customer came up to him asking where the Stephen King novels were. Another asked directions to the men’s room. Finally, an elderly man asked if Coben was signing his own books and hung around to talk to him.

“Man, you’re lucky,” the man said, and walked away without buying a copy.

Contrast that with his success these days and a book signing in France that went on for seven hours. No one was asking him for directions to the men’s room that day.

Coben’s secret may be that he has not only mastered storytelling, but his work ethic guarantees a good read every time.

“I’ve never phoned it in,” he says. “It was the best book I could write at the time.”

He refuses to settle for mediocre, so he works it until it dazzles. “I’ve never written one I thought was a klunker.”

Which leads him to WIN, his most recent work. “I always think the current book is the best thing I’ve ever written.”

This time, he just may be right.