Money Not Only Talks, Sometimes It Screams 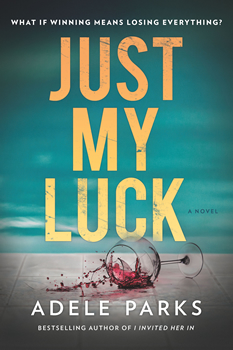 In bestselling author Adele Parks’s 20th novel in 20 years, JUST MY LUCK, the bonds of family and friendship are put to a multi-million-dollar test.

After living from paycheck to paycheck for years, Lexi and Jake Greenwood are shocked at their incredible luck when they win the lottery jackpot of £17.8 million. After years of playing the same numbers, it finally paid off. Well, for the Greenwoods at least. It was the first week in 15 years that their best friends, the Pearsons and the Heathcotes, didn’t chip in to the pot.

Lexi has a bad feeling about not including their best friends in the winning, but Jake reminds her that their friends were the ones who jeopardized their relationship. After 15 years of being the closest of friends and socializing almost every Saturday, Lexi and Jake couldn’t believe the others lied about not being available last weekend.

Now, the Greenwood family must come to terms with their wealth. Lexi works for the Citizens Advice Bureau, a place established to give community guidance and point people in the right direction. Lexi has always been level-headed, so she’ll take time to consider how to spend the money, happy they’ll be able to make significant charitable donations. 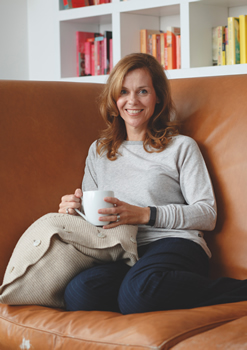 Jake almost turns into a different person overnight. He and their kids, Emily and Logan, treat themselves to an endless shopping spree, with Jake’s first purchase a bright yellow Ferrari. Luxury is their new normal. And what about Jake’s statement that winning the lottery has given meaning to his life? Doesn’t his family mean anything to him?

The Greenwoods soon discover that not everyone wishes them well. The Pearsons and the Heathcotes protest the win, insisting they contributed to the purchase and are due their fair share. Lexi can no longer work because of the circus of needy people who crowd into the Advice Bureau. The worst betrayal is that Emily’s boyfriend, Ridley Heathcote, and her best friend, Megan Pearson, assault her at school—angry that Emily’s family won’t share the money.

It seems people are intent on doing their family harm.

Lexi soon learns that the closest people in her life are the ones she knows the least. She realizes that wealth is a heavy burden to carry.

Be careful what you wish for.

In JUST MY LUCK, Parks scrutinizes the concepts of family, love, parenting, and fidelity. She got the inspiration for the book while chatting with a friend who works for the UK lottery. 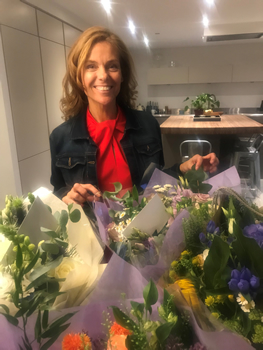 Parks on the day she became a Sunday Times number one bestseller for the first time.

“He told me winning a million pounds is the dream. I surmised that winning more might be a nightmare,” she says. “He confirmed that big winners are sipping champagne one minute, considering new security measures the next. That was the spark of the idea. It didn’t take me long to jump to a worst-case scenario. I wondered about lying, cheating, stealing, kidnapping, extortion, and murder—the extremes people go to for money. Money can corrupt.”

Almost from the very beginning of the novel, Parks displays the “dark side of wealth.”

“It’s easy to believe that money seems to offer a simple way out of our difficulties,” she says. “But extreme wealth just presents a unique set of problems. There are many people in the world that are not corruptible, who live by the mantra that money can’t buy happiness. I suspect the trick is to surround yourself with those types of people.

“While researching this book, I came across several lottery winners who claimed that winning had ruined their lives. A lot of money allows existing issues to be exasperated, addictions to be fed, divorces to be filed. Money offers opportunities and morals offer guidance, but one without the other can be damaging.”

In the novel, Parks juxtaposes greed in some with generosity in others. She wanted to explore both instincts, and what drives people one way or the other.

“My characters are a cross section of society, a microcosm. Some characters just in their teens and starting out in life contrast with their middle-age parents: value systems, experience, philanthropic impulses,” she says. “For the teens, everything ought to lie ahead of them. Although there should be unlimited opportunities and possibilities, teens are prone to making bad choices and experimenting dangerously. The middle-aged characters should be steadier, more logical and reasonable; however, some characters in my novel feel trapped and unhappy. 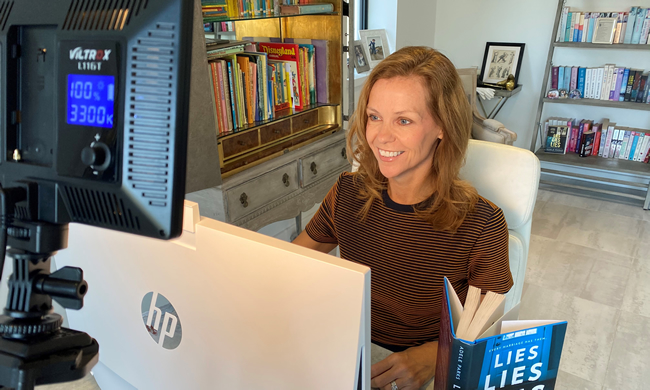 Parks sits down for her first US online event in July 2020 with The Poisoned Pen Bookstore, along with authors Samantha Downing (He Started It) and Stephanie Wrobel (Darling Rose Gold).

“Winning a vast amount of money offers opportunities to be incredibly generous, or it exposes a deep-seated greed. I wanted to have a look at both impulses and their consequences.”

Throughout the story, Parks has intricately interwoven the threads of loyalty, friendship, and compassion.

“If fairy godmothers existed and could gift newborns three things, the gifts I’d want for my child are loyalty, friendship, and compassion. The world would be an infinitely better place if we all focused on these three attributes,” she says. “Winning the lottery is an enormous test of loyalty and friendship. It’s difficult to experience unadulterated happiness when your friends have extreme good fortune; we are quite pleased for them, but sometimes there’s a little voice that asks, ‘Why wasn’t I that lucky?’ If a friend wins millions, we might be excited for him, but it’s tinged with resentment. We humans are frail, prone to self-indulgence and jealousy. That’s my scenario. 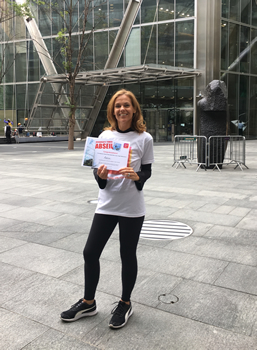 Parks just after completing her first abseil to raise funds for the National Literacy Trust.

“Some characters in JUST MY LUCK believe they can buy and sell everything, including loyalty. This mercenary outlook is disheartening in life but exciting to write, creating tension and scenarios for shocking betrayals. But some characters ooze compassion and understand the beauty of loyalty and true friendship.”

Besides writing novels, Parks is an active advocate for literacy programs, especially the National Literacy Trust. She’s not only on the ground with projects in disadvantaged areas but has also fundraised 35 floors up.

“Reading is a basic human right; it develops our education and empathy and provides entertainment that helps with mental health issues. But not everyone knows the advantages and joys of reading. The National Literacy Trust is an independent charity working with schools and communities to give disadvantaged children the literacy skills to succeed in life. They work to give all children equal opportunities.

“I work with fundraising, awareness raising, and am on the ground with specific projects in disadvantaged areas. For fundraising, I once rappelled down 541 feet of a building called Broadgate Tower in London.”

The best advice Parks has for other writers is to “get writing.”

“Many people say they want to write a novel but never write anything longer than a shopping list,” she says. “Try to write something every day, even if it’s just for ten minutes, and even if you’re not in the mood. If you’re stuck for something to write about, set yourself tasks, such as describing what you can see if you look out the window, or your earliest memory, or how a new dish tastes. It doesn’t matter what you write, or even if you ever use the exercises in your big novel. It develops discipline.”

And what about her next novel? 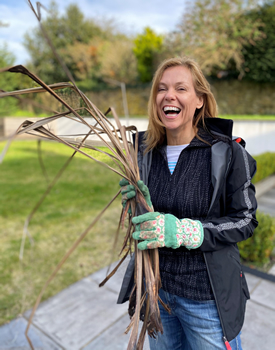 Parks spends a day gardening with her family in March 2020.

“It’s a thriller called Both of You, about two women who go missing within a week of one another. One is Leigh Fletcher: happily married stepmom to two gorgeous boys. Her husband Mark says he knows nothing of her whereabouts. She went to work and never came home,” she says. “The other is Ki Jannsen, who is married to a wealthy Dutch businessman. She left their luxurious penthouse without a backward glance and evaporated into thin air.

“The detective in charge knows that people disappear all the time. The two women are from very different worlds, their disappearances unlikely to be connected. And yet, the detective believes they are. She doesn’t think the women willingly walked away from their families, husbands, and homes, and is determined to unearth the truth, regardless of how shocking and devastating it may be.”

Parks shares something about herself her fans don’t already know.

“When I was a young child, from three to seven years old, I had an imaginary friend named Oliver Twist,” she says. “I insisted my mother set an extra plate for him at the dining table. I was so wrapped up in the story of the young orphan, I wanted to change his course.”