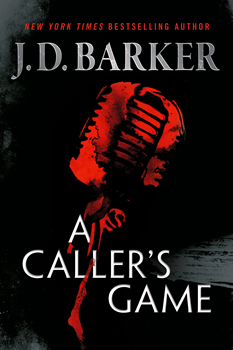 In talking about his new novel, A CALLER’S GAME, author J.D. Barker spent some time reflecting on his long and varied career. Some highlights include breaking in as a writer while working as a high-priced babysitter for rock stars, heading out unannounced to Stephen King’s house to ask for a favor, and convincing the world’s bestselling author—James Patterson—to put aside his long-standing practice of outlining his novels.

Maybe it’s best to start at the beginning.

Barker grew up in a house with no television, so reading was his primary form of entertainment. “We were going to the library from the time I can remember,” Barker says. “I was reading by three, and by the time I was five in kindergarten, I had read all the Hardy Boys and Nancy Drew mysteries. And that evolved into me writing little stories, scribbling them down on paper.”

Although Barker was hooked on writing, he says, “my parents were adamant that you can’t make a living as a writer.”

So, while he was still in college, Barker joined the promotions department of RCA Records as “essentially a glorified babysitter,” taking musicians everywhere they needed to go, from their hotel to a radio interview to a concert venue.

That was when a lightbulb went off. “I realized, you know, I’ve got some very famous people captive in a car for two or three days at a time,” he says. “I might as well interview them and, you know, sell those interviews and make a little extra money on the side.” 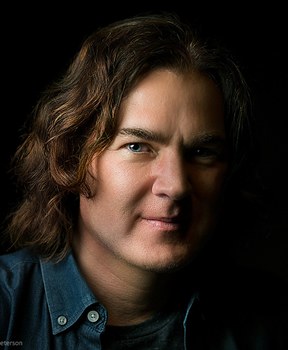 Barker did numerous profiles of everyone from New Kids on the Block and Debbie Gibson to Guns N’ Roses and Poison, which he sold to magazines like Teen Beat and Seventeen.

Later, Barker made the move into corporate work, but some of his early magazine and newspaper contacts came calling for editorial help. Barker soon found himself with another side hustle as a book doctor. And then, after years of watching him propel other writers to success, his wife suggested that he try penning his own fiction.

Barker first wrote a novel called Forsaken, about a horror author whose work begins to have a chilling effect on his reality. As part of the story, Barker used Leland Gaunt from Stephen King’s Needful Things, “fully expecting to have to change that because you can’t just use something like that without permission.”

But Barker’s wife said that before he took out the reference, he should at least try to get King’s permission.

That’s where things got interesting. Barker knew that Maine’s most famous author had a second residence in Florida, where he himself is from, so he hatched a plan to pay King a visit. 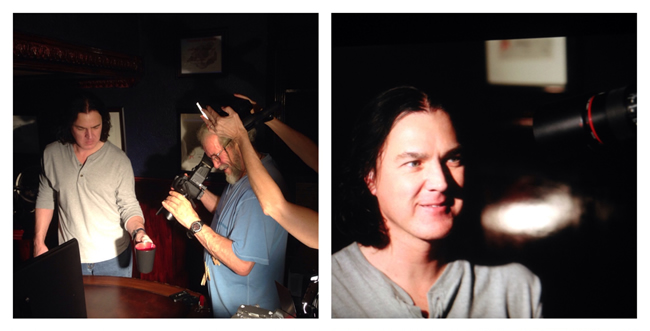 Behind-the-scenes shots from a promotional video Barker shot for his first novel, Forsaken.

“So there’s immediately a private drive sign,” he says, recounting his ride to the private key King lives on. “Then there’s a trespassing sign. And then this gate, and we got like a half mile in and I was crouched down in the car looking for snipers. And you realize this is probably a bad idea.”

Ultimately, Barker decided to reach out to a writer he knew, the late horror novelist Jack Ketchum, a long-time friend of King’s. “I told him what we were up to, and he said, ‘Oh, don’t stalk Steve, he hates that,’” Barker says. “‘Here’s his email address.’”

So Barker sent an email, and to his surprise, King gave his permission to use elements from Needful Things. 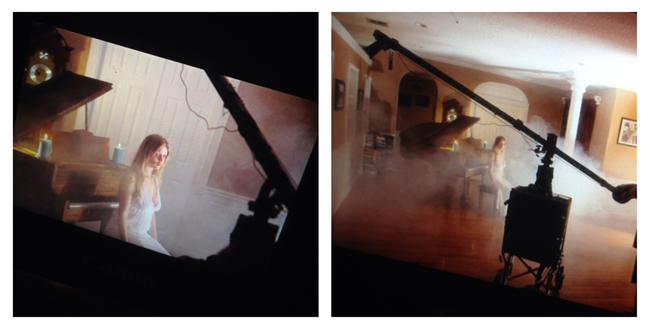 That brings us to Barker’s latest thriller, A CALLER’S GAME.

When he started, it was just one of dozens of ideas he was developing, although the basic concept was always clear: a radio shock jock crosses paths with a deranged killer.

“From the beginning, you know, I was thinking Howard Stern, I was thinking the character from the Oliver Stone movie Talk Radio. That was the picture that I had in my head until I sat down and started writing,” he says. “And I realized, no, this should be a woman.”

That woman is Jordan Briggs, a wildly popular radio personality who’s known for telling it like she sees it. But when one of her callers, a mysterious man named Bernie, asks her to play a deadly game, Jordan suddenly finds herself in a life-and-death matchup with a psychopath—and millions of listeners tuning in to see how it all turns out.

Barker on the set of HBO’s True Blood, in “Vampire Bill’s” office.

As he began to flesh out Jordan’s personality, Barker employed one of his favorite tricks, using the mannerisms and speaking patterns of a famous actor to inform the character.

Using movie stars as inspiration is a good fit for Barker, because he sees his novels very visually.

“For me, it’s like watching a movie in my mind, and I’m literally just documenting what I’m seeing,” he says. “I have a real hard time working with outlines because the characters want to go off in this particular direction where the outline says that it should go off this other way. I tend to follow the characters and so far they’ve done me right.”

Although Barker loves writing on the fly, he found that was a liability when he had a chance to work with a high-profile fan: James Patterson. “We started talking and wanted to work together, and we bounced some ideas back and forth, but the real deal breaker was, he always works with an outline,” Barker says. “He’s very strict about that, and I’ve never used an outline, and I wasn’t necessarily wanting to try.”

Barker held his ground, and finally Patterson decided to try something new for a novel they co-wrote called The Coast-to-Coast Murders. “I think in a lot of ways, he saw what I enjoy about it, which is discovering the story as I go,” Barker says.

After doing one novel Barker’s way, Patterson decided to turn the tables for their upcoming project, The Noise. “So with The Noise, we tried going his way. He said, ‘Okay, here’s an outline, here’s pages on it.’ You know, he gave me a lot of that book and then we worked together to write the rest of it.”

With The Noise due out in August, Barker is hard at work on a new novel of his own.  “Suspense is really not the best word for it and it’s not straight horror. It’s probably a combination,” he says. “It’s my personal take on the haunted house theme. I came up with an angle that I haven’t seen before. It’s a lot of fun to write.”