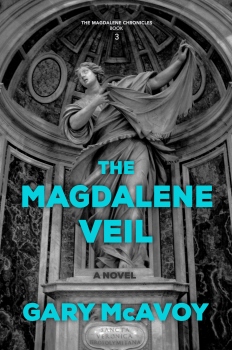 From Jerusalem to Rennes-le-Château, France, and from Rome to Buenos Aires, Father Michael Dominic and his friends take on a new adventure as they discover clues in old Nazi diaries that lead them to the most sacred artifact imaginable: the legendary Veil of Veronica, the cloth on which Christ cleansed his face on the road to Crucifixion, and which imparted his holy visage, showing what many believe to be the face of the Son of God.

Michael and Hana must track down clues in the form of three fragments of a mystifying puzzle in order to find the veil. The sacred artifact has been secretly locked away for 75 years in the famed Wewelsburg Castle, where SS Reichsführer Heinrich Himmler held occult ceremonies and led a mysterious organization known as the Ahnenerbe, whose mission it was to produce a line of pure Aryan children. Mossad, Interpol, and elite Israeli Shayetet 13 forces come into play to bring down the long-hunted Nazi in charge of it all, one of the few remaining prizes on Israel’s most-wanted list.

Setting, as third in a series (yet still standalone) using the Vatican Secret Archives as the foundation for all actionable discoveries the characters make. 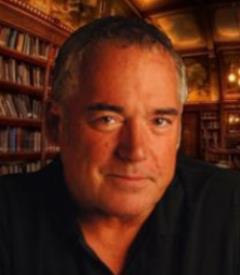 Getting all the historical facts properly aligned within the framework of the story.

It is based heavily on actual historical facts, adding reasonably believable fictional elements to create a compelling story.

Robert Ludlum, Steve Berry, and James Rollins, all for their gripping narrative and suspenseful plotting…the “What If?” factor compels me to keep reading (and writing).

Gary McAvoy is a veteran technology executive, lifelong entrepreneur, and author of several books, including “The Magdalene Reliquary,” his fiction debut novel, “The Magdalene Deception,” and his nonfiction work, “And Every Word Is True,” a sequel to Truman Capote’s landmark book “In Cold Blood.” Gary is also a professional collector of ancient manuscripts and historical documents, much of which informs his writing projects.