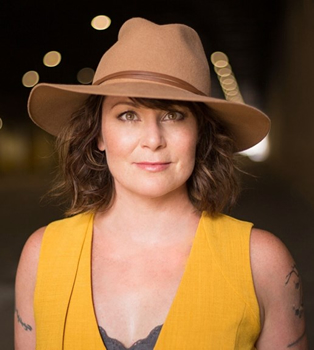 Today’s guest narrator, Thérèse Plummer, reigns supreme in the court of audiobook series. Listeners may be most familiar with her performances of romantic fiction, but Thérèse’s voice is also recognizable to fans of paranormal, mystery, thriller, and fantasy series. Thérèse, of course, has narrated plenty of standalone audiobooks, including general fiction, children’s stories, and nonfiction.

Reviewers and casual listeners alike count on Thérèse to home in on the key mood of the story. She delivers all the feelings in a romance and builds the tension and drama in a thriller, while simultaneously capturing the characters’ personalities.

That I am going to mess up and make mistakes and to not take myself so seriously but to have fun telling the story. I suffer from perfectionism and was so hard on myself in the beginning to do everything “right.” What I wish I could tell myself in that first session recording Susan Mallery’s Delicious was to have fun and just tell the story. Mike Charzuk at Audible was my engineer and helped me keep a good sense of humor. To this day, if I am not laughing during a session with my engineer and/or director, I know something is wrong.

I worked for five years as an adolescent counselor after I graduated from King’s College with my degree with High Honors in Psychology. I utilized the arts in my therapeutic treatment plans. I came to New York City at 26 years old to pursue acting as a profession, knowing I could always be of love and service to young people in this new capacity. The universe has given me the gift of storytelling and telling my own story through podcast interviews, and I hope I have helped at least one person along the way.

What are the pros and cons of recording a series?

I was so lucky to narrate Robyn Carr’s Virgin River series, which then let to Carr’s Thunder Point and Sullivan’s Crossing series. Pros are an amazing relationship with Robyn Carr and the fans after all these years. Cons are becoming attached to the characters and series, and it’s sad when the series ends. The fans keep it all worthwhile—and now that Virgin River is heading into season 3 on Netflix, it is an absolute blast to watch Robyn’s stories take another form. I landed a small role in season 1, and the transition from playing every character in the audiobooks to one role in the television series was so easy!

I will have multiple beverages in the booth with me and hope to God I will not spill anything. Some of my favs are water, coffee, tea, and kombucha, as well as pomegranate Burt’s Bees balm for my lips. Talking all day makes for a dry lip. This combo has helped me tell many a story. After my session it’s usually room temperature water, and a lot of it. I won’t talk much either.

I love this question. Personally, there is nothing worse than figuring out who the killer is early on because of giveaways. I have learned, even though I know who the killer is and how the book will end, to stay in the moment and stay with the story. Honoring the text and the plot, with all its twists and turns in real time, makes it so enjoyable for the listening. I am a huge crime fan and love to honor these stories with all the acting chops I got. 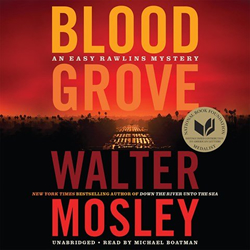 Michael Boatman returns to narrate the 15th audiobook in Walter Mosley’s Easy Rawlins series. Boatman masterfully voices the numerous characters from various races and backgrounds, male and female, young and old. Rawlins reluctantly takes on the case of a disturbed White Vietnam veteran who is convinced he stabbed a Black man. Rawlins’s persistence to uncover the truth leads him to dangerous places. Once again, Boatman partners with Mosley to provide a disturbing and important listening experience. 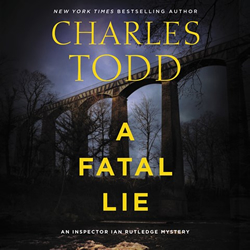 Narrator Simon Vance grabs listeners’ attention and doesn’t let go until the final credits of the 23rd Inspector Rutledge mystery by Charles Todd, a pseudonym for a terrific mother-and-son writing team. Rutledge is out of favor with his boss, again, and is sent to a remote Welsh village to investigate the death of an unidentified man who fell or was pushed into a river. As Rutledge uncovers long-buried motives and secrets, Vance treats listeners to an assortment of local accents and personalities. 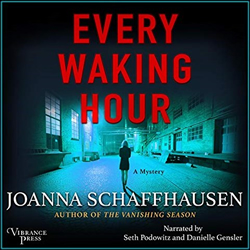 Ellery Hathaway, who as a youth was the victim of a sadistic madman, is now a police officer in Boston and a fierce champion of crime victims. In this fourth book in the series, a preteen is missing, and Ellery is on the case. Danielle Gensler portrays Ellery as strong yet vulnerable, her voice both resolute and compassionate. Seth Podowitz narrates the voice of Reed Markham, giving the clever, macho lawman a firm but likable persona. Listeners will enjoy rich storytelling, replete with adroitly depicted characters and fascinating interlocking relationships. 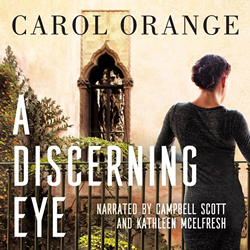 Narrator Kathleen McElfresh begins this fast-paced thriller in Boston, where art dealer Portia Malatesta is determined to solve the recent art heist from the Isabella Stewart Gardner Museum. McElfresh provides understated voices for an array of characters, ranging from Portia’s family to the Mafia underworld. The FBI enlists Portia’s aid, and the trail leads to Colombia, where Campbell Scott takes over as narrator. Scott takes the listener inside the villa of a top member of a drug cartel who also is an astute art collector. Scott narrates with clarity and dramatic intensity, delivering various subtle accents as Portia carries out her dangerous mission. 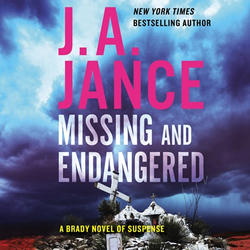 Hillary Huber returns to narrate the 19th addition to Jance’s Sheriff Joanna Brady series. For fans, it will feel like a homecoming as Huber consistently performs all the familiar returning characters. The plot unfolds a couple of weeks before Christmas with a domestic violence situation that results in one of Sheriff Brady’s officers being seriously wounded and the perpetrator being killed by the officer. But all is not as it seems. Huber’s pace and tone are in perfect step with Jance’s character-driven storytelling.