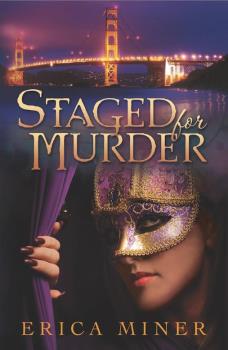 In STAGED FOR MURDER, the third novel of the Opera Mystery series, violinist Julia Kogan heads to the San Francisco Opera with her significant other, former NYPD detective Larry Somers, and their five-year-old daughter Rachel. Julia is under inordinate amounts of pressure as she replaces the ailing concertmaster, Ben, who has suffered serious injuries in a car accident. But Julia can’t help but wonder if perhaps it wasn’t an accident after all… Then one prominent company member becomes the victim of a grisly murder, and Julia’s natural curiosity and sense of fairness thrust her into a situation where she cannot resist becoming involved in the investigation. Once again, Julia finds that fiery artistic temperaments and danger lurking in the dark hallways and back stairways of an opera house can still result in murder. But this time, she isn’t the only one whose life is in peril.

Since STAGED FOR MURDER is part of a series, the character definitely came first. The series follows the adventures and misadventures of the protagonist, a young violinist, whose experiences are based on my own encounters as a violinist at the Met. But setting in this series is also all-important. In fact, these prestigious opera houses are more than just a background for nefarious occurrences; they themselves are central characters in each story, as each theater has its own fascinating history—and evidently, its own ghosts. 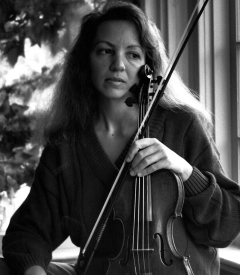 The first of a twofold challenge was to faithfully depict the atmosphere and thrilling history of this amazing Beaux Arts opera house. Even more difficult was the fact that I chose to focus the story on perhaps the most challenging of all operas: Wagner’s famous Ring of the Nibelungen, the iconic cycle with the perennially well-known “Ride of the Valkyries,” which is the most complex operatic work ever written. Using it as the lynchpin of the story, despite my long history of having performed it at the Met, entailed huge amounts of research, multiple trips to San Francisco to learn all about the various productions of the work, numerous house tours and interviews with key personnel, and more; an enormous amount of work. But the opportunity I created with all of the above is being able to appeal to the popularity of the Ring to Wagner aficionados all over the world: there are Wagner fanatics who (at least until the pandemic) traveled all throughout the planet to see the Ring. I’m finding it fascinating to meet (virtually) all the Wagner fans out there and am truly amazed at their positive responses to the book. And other, less Wagner-knowledgeable readers are delighted to learn more about this unique masterpiece entrenched in a murder mystery.

Previously, there have been murder mysteries that take place in the opera world, but none that I’m aware of that are written by an actual performer at the most prestigious opera house in the world: the Metropolitan Opera. Thus, readers get to find out all about the world behind the so-called “Golden Curtain”: an insider’s view of a world of conflict, ego trips, jealousies, and rivalries that most opera-goers have not been privy to, seen from the point of view of a young violinist (admittedly my alter ego when I first started at the Met) whose life is upended by circumstances largely beyond her control. To me, that is totally unique in this genre.

Even before one reader named me “The Agatha Christie of the opera world,” I always felt a deep connection with this legendary writer and her prolific output. As a woman writer, I couldn’t ask for a better role model, although I confess that I could never consider myself comparable to her in any way; but her mysteries are iconic, brilliantly plotted and executed, and her detective is a woman. Yes, Miss Marple may be elderly, but she is whip-smart and committed to delving deep into the core of any conundrum that comes her way. Who could ask for more? And in my mind, she is in extraordinary company with other female writers I worship: from the Brontës and Jane Austen to George Eliot, Virginia Woolf, and Sylvia Plath.

Former Metropolitan Opera violinist Erica Miner is an award-winning author, screenwriter, journalist, and lecturer, who actively contributes to major arts websites and magazines. Her debut novel, Travels with My Lovers, won the Fiction Prize in the Direct from the Author Book Awards. The first two novels in her Opera Mystery series published by Twilight Times Books, Murder in the Pit and Death by Opera, chronicle assassination and intrigue at the Met Opera and Santa Fe Opera. The third novel in the series, STAGED FOR MURDER, which takes place at San Francisco Opera, was released in October 2020. Her Opera Mystery novel series, based on her own experience as a longtime violinist at the Met, allows a candid glimpse at this eccentric art form’s inner world.

As an opera expert, Erica is a regular presenter for the Seattle Symphony, Osher Lifelong Living Institute at University of Washington and University of California San Diego, Creative Retirement Institute at Edmonds College (Seattle area), and Wagner Societies on both coasts, among many other venues.