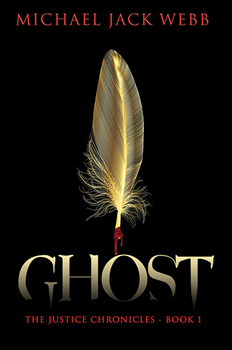 Michael Jack Webb brings us the first in a new crime series with a paranormal bent.

Kate Justice, the FBI’s youngest profiler, is assigned to find a serial killer with supernatural abilities. The killer is elusive, cunning, and seemingly invincible. Kate must race against time to discover who or what is behind the gruesome murders and prevent another brutal killing—but she quickly fears she’s in over her head as stunning revelations about her mysterious ancestry surface.

Hunter becomes the prey as the Ghost in the Darkness killer plays a vicious cat-and-mouse game, drawing Kate into a deadly confrontation. Uncovering the truth will challenge her beliefs about the world around her and her understanding of what is real, what is a myth, and what is something in between.

The Big Thrill recently connected with Webb to learn more about what this new series has in store for readers.

This is my seventh supernatural thriller and was somewhat of a challenge because the plot revolves around a mysterious serial killer—not often done in Christian fiction. Interestingly, this was the fastest story I’ve ever written. Normally it takes me a year to craft my novels, but I did this in five months. The story literally gushed out of me. 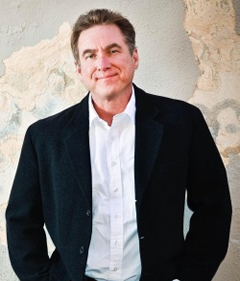 I believe GHOST is a true cross-genre novel combining elements of mystery, suspense, and supernatural thriller written from a Christian worldview. I want to engage a variety of readers and share my faith, but without proselytizing. Bottom line: I write stories that ignite imaginations and stir souls. J.R.R. Tolkien once wrote: “If you really come down to any large story that interests people—holds the attention for a considerable time … human stories are practically always about one thing, aren’t they? Death. The inevitability of death.”

It’s a challenge writing as a Christian indie author and overcoming deep bias. Even though there are some excellent novels out there written from a Christian worldview, there is enough poor quality and ingrained prejudice to blind potential readers, hindering them from taking a chance on a new or relatively unknown author. I don’t write for Christians. I write great stories for everyone. I want readers who love amazing characters, fast-paced plots, and fascinating locations to give me a chance and judge my novels after they read them, not before.

J.R.R. Tolkien, C.S. Lewis, James Michener, Frank Peretti, Daniel Silva, Victor Hugo, Ernest Hemingway, James Byron Huggins, Ayn Rand, James Rollins, Dan Brown, and a host of others. I know, I read eclectically! I like BIG stories with interesting characters, memorable dialogue, exotic locations. Stories that fill me up and leave me hungering for more as soon as I finish reading them (kind of like an Asian meal—when you’re done eating you feel satisfied, but only for a few hours, then you want more).

Why should I read GHOST?

Because it’s not a romance novel, but there’s some romance. Because it’s not just a mystery, suspense, or thriller. It’s all three, with an overarching supernatural element. Because it’s not just for Christians. It’s a fast-paced story with flawed characters searching for identity and meaning trying to solve a life-threatening puzzle. Because it will challenge your beliefs about the reality of the spiritual realm and how it’s interwoven with and overlaps what most of us think as the “real” world.

He’s a history buff, both ancient and modern, and is fascinated by the intersection of the scientific and supernatural worldviews. He’s also intrigued by recent discoveries in quantum physics as it relates to the study of Light. He incorporates all of the above into his supernatural thrillers.

Michael and his wife make their home in North Carolina. To learn more about him and his work, please visit his website.