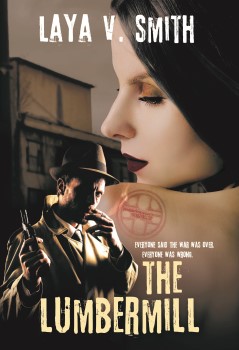 Augy Small is a veteran fighter pilot turned private detective in 1954 Los Angeles. Down on his luck and haunted by the time he spent as a POW in Imperial Japan, he has lost his marriage, his business, and his home. When he accidentally hits a woman with his car who is running from a monster of man, it thrusts him into a conspiracy of evil that has bodies falling all around him. With too many questions and not enough answers, Augy must face the nightmares he thought he left on the other side of the world or watch more innocent people suffer exactly as he did. He has to go back to The Lumbermill. 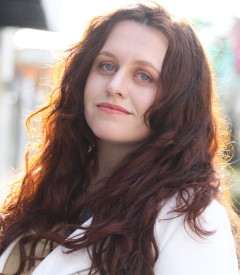 The greatest challenge of this book was the research involved. Since the book is set in the 1950s, and so much of the plot is based on the real events of WWII, a lot of research was necessary. As a hardcore history nerd, I’ve been studying WWII most of my life, but this is the first time I’ve ever written about it. For THE LUMBERMILL I read dozens of books about the war in the Pacific, the Japanese internment camps, and the story of Imperial Japan’s invasion of China and occupation of Manchuria. I listened to hundreds of interviews with veterans. I read fiction set during that time by both American and Japanese authors. A few books that were very influential include The Sea and Poison by Shusaku Endo, which really helped me to get into the psychology of the Japanese doctors who were responsible for the experiments at the University of Tokyo; The Last Fighter Pilot by Don Brown and Cpt. Jerry Yellin tells the story of the men who flew the final last combat mission of WWII; Voices of the Pacific: Untold Stories from the Marine Heroes of World War II is a wonderful audio book that chronicles the story of the men whose exploits inspired the popular HBO series and includes interviews with the veterans. I also spent untold hours reading articles online about everything from the stage shows put on in Los Angeles’ Chinatown in 1954 to the design of Delta’s original crop-dusting planes, to the specific effects of fugu poisoning. I listened to 1940s and ’50s R&B and popular music, I watched old episodes of Dragnet, I went to vintage shops and ran my fingers over the fabric of USAAF pilots’ uniforms. It was an amazing experience.

The research was also the greatest opportunity for me. Learning the stories of the people who lived through the events of my book was both fascinating and humbling. I was able to explore a corner of history which is largely unknown to westerners, though it is part of the cultural memory of many Asian nations. I hope that in some small way my book helps to raise awareness of this tragic story in the English-speaking world, so the men and women who were lost in Unit 731 are never forgotten.

This book is neo noir fiction, which I adore, but there is one convention of the genre which I think deserves to be upended: the femme fatale. In classical noir, the femme fatale is essentially a modern vampire, a seductive and dangerous woman that lures the main character away from his noble, albeit unconventional, path and plunges him into his own nightmare, which he must fight to escape. Often she is a very shallow character, existing only to cast her shadow over the protagonist. And in the end, the main character virtually always makes the choice to abandon her to her deserved fate, or send her down river. I wanted to challenge this in my book, to create a femme fatale that very clearly fit the mold, but which was also a fully developed character with her own motivations and demons, which rival and at times overshadow those of the male protagonist.

Laya V Smith is a writer, voice actress, teacher, and voracious reader. Through no fault of her own, she was born and raised in Salt Lake City, Utah, and still lives there with her husband, two children, and one beefy Labrador. She has a degree in history from the University of Utah. THE LUMBERMILL is her debut novel.