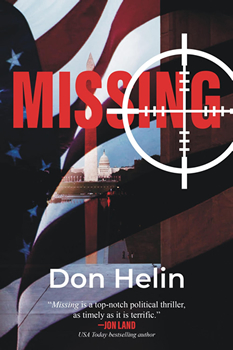 Colonel Zack Kelly and his specialized national security team suspect that someone within the president’s inner circle is aiding Farmington by attempting to tamper with the upcoming election.

So Zack’s partner on the task force, Rene Garcia, infiltrates the Farmington campaign. With the election only weeks away, she uncovers a plot to rig the election by hacking into the state computer systems and using artificial intelligence to “cook the books.”

Can they stop the hackers before it’s too late?

During his time in the military, author Don Helin served at a number of stateside posts as well as overseas in Vietnam and Germany. He is the author of six thrillers that draw from his military experience, including three tours in the Pentagon. He writes for The Burg, a community magazine based in central Pennsylvania, and is a regular contributor to The Big Thrill.

In this interview, he gives us the scoop on the inspiration and motivation for his timely new thriller, MISSING.

What would you like for readers to take away from the book?

I hope readers will stop and think about how important it is to vote. I also hope they realize that we must all be attentive to make sure some group is not trying to steal the election. 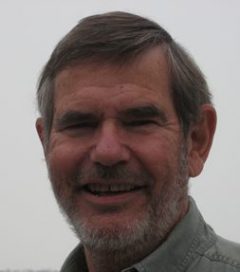 When I first started my research, I didn’t know much about artificial intelligence. As I researched, I was surprised how interesting it is and actually how much I could understand the basics of the program.

I’m sure there will be another Zack Kelly thriller down the line, but first I’m working with my publisher to develop an anthology of memoirs on people’s experiences during the pandemic. This is such an interesting time—how people deal with the pandemic will be fascinating to read about.

I’ll have to say that I often still consult my copy of Donald Maass’s book, Writing the Breakout Novel, and James Frey’s book, How to Write a Damn Good Novel. Both of them have been very helpful.

I’ve been lucky to make a number of good friends through International Thriller Writers, but two have been particularly helpful with advice and blurbs—Jon Land has been very gracious in providing blurbs, as has Gayle Lynds.

During his time in the military, Don Helin served at a number of stateside posts as well as overseas in Vietnam and Germany. He is the author of seven thrillers that draw from his military experience, including three tours in the Pentagon. He writes for The Burg, a community magazine based in Harrisburg.

Don is the editor of the new anthology, VOICES FROM THE PANDEMIC. 2020 has brought changes in everyone’s life. Read the memoirs of healthcare workers, educators, writers and entertainers, people who have experienced loss, and a special group — elementary school students — to better understand what this period has meant to all of us.

His novel Secret Assault was selected as the Best Suspense/Thriller at the 2015 Indie Book Awards. His novel Long Walk Home won a Five Star review at Readers Favorite Awards and his novel Roof of the World was a finalist in the 2020 Indie Book Awards.