Between the Lines: Lee Child Interviews Heather Martin About Her Biography on…Him 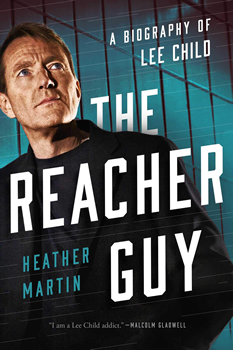 With his groundbreaking thriller debut, Killing Floor, back in 1997, New York Times bestselling author Lee Child introduced readers to Jack Reacher, a brutal ex-military officer with a thirst for justice. At six-foot-five, weighing in at 220 to 250 pounds, and with a chest size measuring in at a whopping 50 inches, Reacher is a force to be reckoned with.

As is his popularity.

Throughout the series—which is closing in on 30 books—Reacher has roamed the country taking on odd jobs while amassing enemies, and perhaps one of the biggest fan bases for any fictional character in the genre.

Biographer Heather Martin is one of those self-proclaimed “Reacher Creatures” and her fascinating forthcoming book THE REACHER GUY chronicles her admiration for the character—and the talented writer who created him.

In this exclusive The Big Thrill interview, Lee Child turns the tables, interviewing Martin about writing a biography on, well, Lee Child.

You visited many significant locations for the book, but you don’t drive, so you took the bus and train, just like I did back then. Do you think that added something to the experience? Or was it a pain in the neck?

I doubt I’d have turned down the chauffeured Jaguar, but traveling by public transport definitely had a retro feel to it and got me closer to the old you. Especially the time I took a bus from Birmingham city centre to Witton Square to visit Villa Park (home of Aston Villa soccer club), which seemed perfectly rational to me but provoked a shudder from the guy who heads up match-day security. It gave me time to reflect, and since I was brought up in the days when entertainment on any journey consisted entirely of looking out the window, a feel for your surroundings too. In many ways those places hadn’t changed much—the strips of suburban shops in Coventry, Birmingham, and East Belfast looked much the same as in the 1950s. The only real disappointment was never finding a pack of Rothman’s King Size on the bus and so never getting to smoke my first cigarette. I know that, unlike Reacher, you can’t relate to non-drivers—I remember the funny look you gave me when I confessed to this particular deficiency—and it’s true, I sometimes felt a bit like Cinderella, having to leave the party early to catch the last train home. 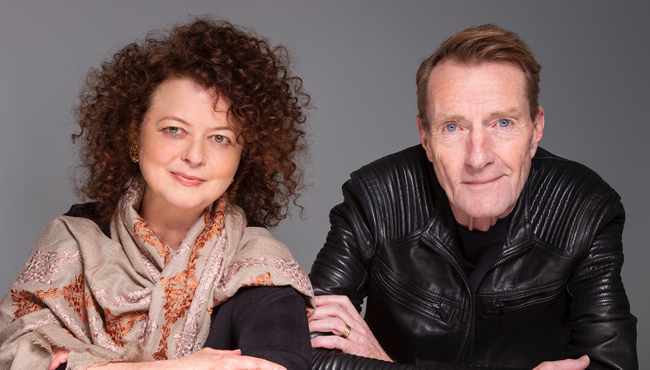 Obviously you were motivated to write the biography by affection for the Reacher books, and a consequent interest in the author. What was the biggest disappointment? What were the “feet of clay” moments?

There’s no denying my affection for the Reacher books was a pre-existing condition. But my interest in the man who wrote them wasn’t consequent on this. In fact, I think you’ll be pleased to hear that as an innocent Reacher fan, I didn’t give Lee Child a second thought. But when I met you, I saw two things very clearly: that if Reacher was a great fictional character, so too was the man who created him; and that if Reacher had fans, so too did his creator. Disappointments? None, apart from not getting a ride in the Jag. But I did become conscious of the dark side: the compromises you were having to make, both personally and professionally, and how you were increasingly owned by the public, the press, and the industry. Like your old English teacher told me when we met, comparing you to the boy he’d taught 40 years before: “Lee Child is a man of great honesty and self-awareness, but guarded.” You’d become a commodity. The way you put it to me? That you were forever being “pimped out” to further some cause.

A lot of the early story was my frustration at a pinched, narrow, boring Britain … but as a kid in Australia, you were presumably taught all about the glories of the “mother country.” Did the reality come as a surprise?

Australia was turning away from the mother country by then—for better or worse we barely touched on British history at school. I remember a lot about the gold rush and sheep farming and the doomed expedition by Burke and Wills to cross Australia from south to north and back again; then a fair bit on China and Japan. My father was in thrall to the old world, but with a French emphasis. Then when I moved to England with the idea of becoming a musician, I lived with a bunch of Venezuelans, and because I had no money and all we did was sit around playing guitar, I learned more about Caracas and Spanish than London. So it was pinched, and narrow too, in our obsessive focus on a single instrument, but never boring. The UK has always been a multicultural place to me. I do remember culture shock on my arrival aged 16. My mother had trained as a cordon bleu chef and I was spoiled, so in the first six months of boarding in Highgate I found it hard to adapt to tinned rice pudding. Likewise the general grayness, which for someone who’d grown up within sight of the sparkling Indian Ocean was dire. It’s the physical differences that alienate me most. 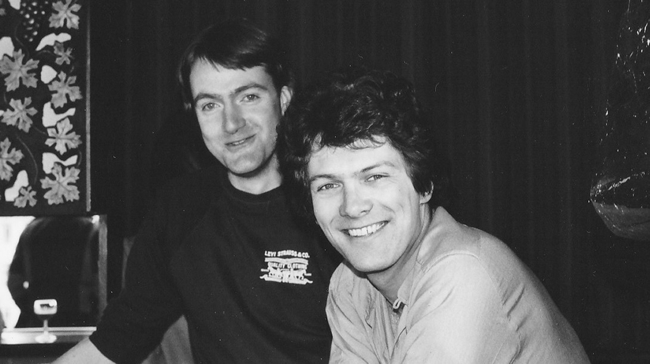 You talked to a lot of my old friends and workmates. What did you think of them? Who was your favorite? In other words, who’s the Best Supporting Character in the book?

It’s a three-way shoot-out between Mr. Parslew, Andy Saunders, and Rob Reeves—the English teacher, and your two best friends at high school and Granada Television respectively. Hard to pick between them, because they’re united not only in their wit, warmth, and insight, but also their affectionate loyalty towards Jim Grant and gentle skepticism towards Lee Child. [Ed. note: Lee Child is the pen name of author James Dover Grant.] There’s a special quality to all three relationships, and it was illuminating—and deeply moving—to see you through their empathetic eyes. Like Andy said: “Someone knowing you from such an embryonic elemental stage leaves you exposed and vulnerable, stripped of image, myth, and defenses.” One of the best things about the biography was the people I got to meet, and I became fond of all the characters: it was very important to me that the reader should hear their distinctive voices. 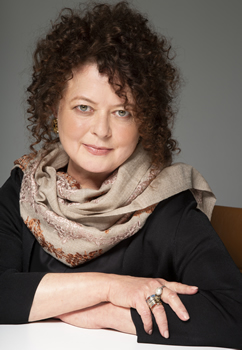 And a family variation of the same question: which of my ancestors made the biggest impression? Who would you have liked to hang out with?

I would have liked to get to know your paternal great-grandmother from Belfast: the literate wife of an illiterate miller who separated the wheat from the chaff and by scrimping and saving and selling eggs was eventually able to send the youngest of her seven children—your grandfather, John “No Middle Name” Grant—to school. She sounds cool. But it has to be your maternal grandfather. He was the one who sealed the deal for the biography. It was when I asked about your birth name. What does the “D” stand for? And you answered: “Dover. For my maternal grandfather Harry Dover Scrafton. The only real human among my immediate ancestors. Drank a little, gambled a little, smoked a lot.” Not only was the name great, but it was an intriguing definition of humanity that begged the question as to what the rest of your family was like! There was a book’s worth of subtext. 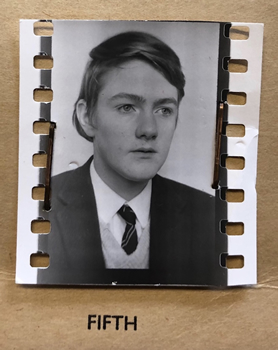 My go-to guy on memory is always Jorge Luis Borges and his “Funes the Memorious,” a story whose moral is “to think is to forget.” Rational thought is a process of selecting and discarding and ordering and shaping: basically a form of storytelling. Stories can be false in detail and true in essence. Your own choice of words is instructive. You’re simultaneously doubting something of which you say you’re certain. When two trusted voices conflicted and it became clear there was no means of arriving at certainty, I simply chose to set those voices side by side and let the ensuing polyphony resonate. In a way it was liberating. My own memory of childhood consists mostly of vivid flashes: a yellow dress with zigzag edging, a redback spider in a drainpipe, eating watermelon in a heatwave, lying under the sprinkler, playing cricket with the boys in Beecroft Park. I was impressed by the forensic quality of your recollections. But with a living subject I think there will always be moments when you sense boundaries that should not—and mostly need not—be crossed.

Some readers don’t like to meet their favorite authors, or go to their events, just in case they don’t like them in person, which they feel would burst the bubble. So are you still a Reacher fan?

I never saw it as meeting my favorite author. I met a man whose books I enjoyed reading and discovered that he was even better than his books. Both on stage and over coffee. No bubble to burst. But of course, once a Reacher fan, always a Reacher fan. The strongest brand in publishing. You set out to make him addictive and you succeeded 24 times over. But the divine madness is all yours.