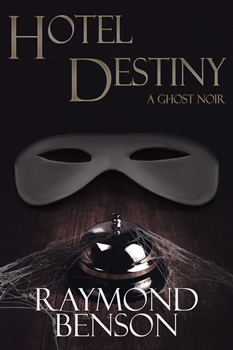 It’s 1985 and Cole Sackler is the night manager and self-proclaimed hotel detective for the transient HOTEL DESTINY in the heart of New York City’s Times Square. The hotel has been the site of several murders over the past century with five recent slayings attributed to one killer.

During the gala grand re-opening Halloween party, Cole is murdered by a masked man. Undeterred by his death, Cole sets out to solve his own murder by dropping in on characters throughout Hotel Destiny’s history and observing or interacting with them. His goal is to discover the identity of his killer, as well as learn the truth about his own family, his heritage, and himself.

“I coined the term,” he says, “or at least I’ve never seen it anywhere else, so it has no definition. Many crime novels have used the descriptive ‘noir’ if they are a bit dark in nature, or if they harken back to the kind of pulp fiction written by Jim Thompson, James M. Cain, and even Raymond Chandler. ‘Film noir’ is a subset of crime movies that came out of Hollywood in the 1940s and ’50s, and they were coined as such by French critics in the late ’50s. Noir films have specific traits: black and white, high contrast lighting, cynical protagonists, a femme fatale, witty dialogue full of innuendo, voice-over narration, flashbacks, scenes in seedy motels or bars or warehouses, scenes with rain, scenes at night, a lot of smoking and drinking. So HOTEL DESTINY is a noir crime novel with ghosts in it. Maybe ‘Paranormal noir’?”

Most of the novel takes place in the eponymous hotel. What is it about hotels that continues to fascinate us as readers and writers? 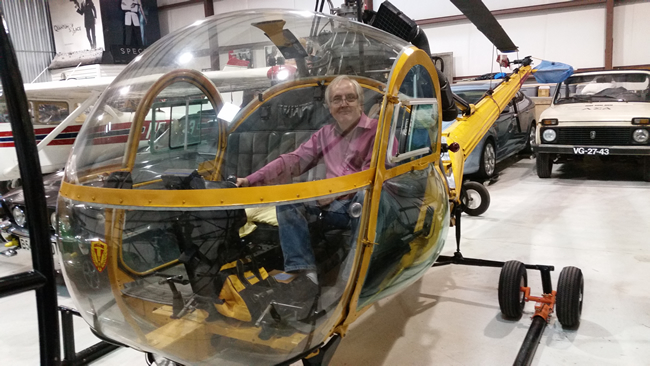 Benson in the original helicopter that chased Sean Connery in From Russia with Love. Benson was the first American author selected to write official 007 novels, beginning with 1997’s Zero Minus Ten.

“Hotels can be creepy!” Benson says. “Those long hallways that go off into one-point perspective—Kubrick emphasized that well in [the movie version of] The Shining—and the thought that every room in a hotel repeatedly has someone new in it. What goes on in hotel rooms? How many murders or suicides have taken place in a hotel room? It makes one shiver to think about. Imagine being in a hotel room and you learn that somebody committed suicide there, or there was a murder in that very room. Ew!”

The “present time” in HOTEL DESTINY is October of 1985 in New York City’s Times Square. Why that choice of time and place? 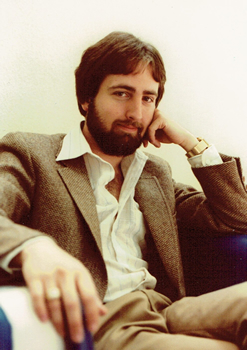 “I lived in New York City in 1985,” Benson says. “I was there for a little while in 1976, then moved there permanently in 1979 and stayed all through the ’80s until 1990, then left. But the city is so much a part of me now; I think of it as home whenever I visit. I also wanted the time period to be when Times Square and that area was still scuzzy and full of porn and pimps and hookers and drugs and crime. The hotels around Times Square in those days were just like Hotel Destiny—transient places no one in his or her right mind would stay in. Starting in the 1990s, the area got cleaned up and ‘Disney-ized.’ There are many of us former New Yorkers who rather miss the ‘good old days’ when the theater district in Manhattan had character.”

How has NYC played a role in Benson’s writing/personal life?

“I lived there for over a decade. Many of my novels take place in New York because it’s such a rich location. There’s something about the city that gets in your blood. You feel the energy of the place just by walking around. I was also there when I was in the second half of my 20s and first half of my 30s—these are prime years of anyone’s life, it’s when you become the person you are. So, yeah, New York is very much a part of my soul.” 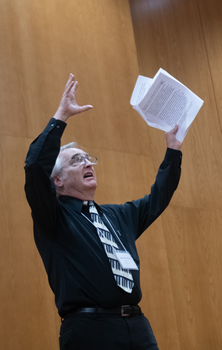 Benson is a popular lecturer on film history.

In addition to writing, Benson also teaches classes on film. I asked him what he believed are some of the best film adaptations of great books—and to turn that around, what original screenplays did he think would make good novels.

“We could be here all day!” he says. “Some of my favorites—I don’t like using the word ‘best’ because it’s all subjective—novel-to-film adaptations are: The Godfather; To Kill a Mockingbird; A Clockwork Orange; Goldfinger [Benson was the first American author to take on Ian Fleming’s James Bond series, writing six original novels and three film novelizations]; Midnight Cowboy; The Graduate; In the Heat of the Night; MASH; All the President’s Men.

“For original screenplays, I’d have to mention Citizen Kane; The Seventh Seal; Tootsie; Annie Hall; Nashville; Taxi Driver; Sunset Boulevard; Some Like it Hot; Pulp Fiction. There are so many!”

Finally, I asked Benson if he could put together his dream panel for ThrillerFest with authors who need not still be alive, who would he pick and why? 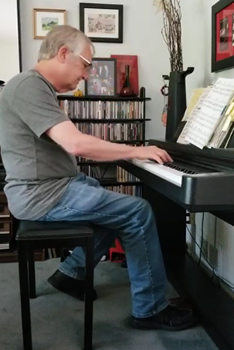 Benson, an accomplished pianist, has been uploading piano solos to YouTube and Facebook since the pandemic began.

“James M. Cain, Raymond Chandler, and Jim Thompson. As I’ve already mentioned, I’m big on pulp fiction/noir/crime novels, especially of a particular era. The whole 1930s and ’40s and ’50s milieu of gritty and cynical thrillers simply appeal to me, both prose and film. James M. Cain (Double Indemnity; The Postman Always Rings Twice; Mildred Pierce) speaks to me from the ’30s and ’40s; Raymond Chandler (The Big Sleep; Farewell, My Lovely; The Lady in the Lake) adds more literary pizazz to the stuff; and then Jim Thompson (The Killer Inside Me; The Grifters; Pop 1280; The Getaway) took the genre into the 1950s with a harder edge, more violence, and a nastiness that is unequaled.

“I used to say Ruth Rendell was my favorite living author until she passed away a few years ago. Her standalone psychological chillers (A Judgment in Stone; A Demon in My View; Live Flesh; The Bridesmaid) are amazing in their depictions of truly sick villains—who are often the protagonists!—and her series featuring Inspector Wexford is fabulous. She also wrote under the name Barbara Vine, producing even more gothic and complex psychological mysteries.

“Finally, well, there’s Ian Fleming—it should be obvious why I like him. Need I list his titles? I had the honor to follow in his footsteps for seven years and he would be sitting at the head of the table at my dinner party.”

It did not escape my notice that all of Raymond’s invitees have shuffled off this mortal coil. Sounds like a great dinner party to be booked at the Hotel Destiny.